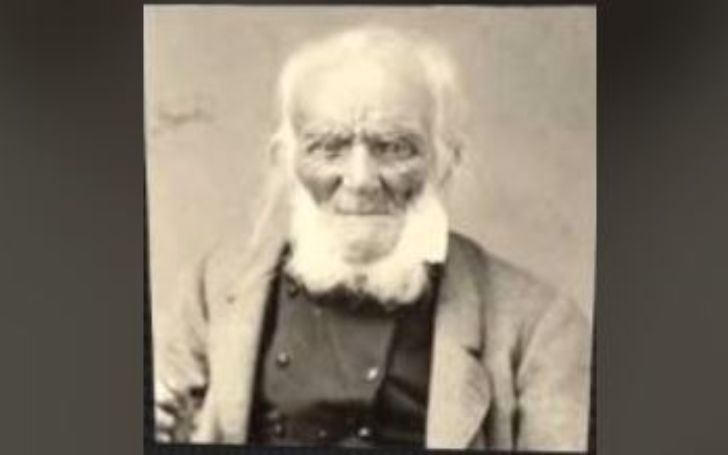 Colestein Veglin is a legend that started way back in the late 1800s in Newark, New Jersey. The man or the myth is generally famous for having frighteningly lived for 615 or 617 years!!! That apparently is the claimed years at the time of his death.

Colestin Veglin might not be a new name if you follow conspiracy theories and longevity myths. And Veglin does often take the majority of the spotlight whenever such discussions are on the table. He arguably is the top contender among supercentenarians and perhaps is an undisputed one excluding the Biblical and mythical figures.

People have or generally think of Veglin whenever they hear about some very old people especially those who are in their 110s. It recently happened in the aftermath of Saturnino de la Fuente García. He was a Spanish man who held the Guinness World Record for the oldest man to have lived. García at the time of his death was 112 years and 341 days. While living over 110, in recent times, have become common news, but to hear some people got to see days beyond that often sends shivers down the spine. But was Veglin really as old as he said he was and was he even real for that matter? Know the truth in the report below.

It all started with a piece from The New York Times which the veteran news outlet published on July 20, 1876. The headline of the rather brief rundown read,

THE OLDEST MAN YET

The article reported that local officials had arrested “an insane man” in Newark, New Jersey on Thursday. Right after the confrontation, the man reportedly told the policemen that his name was Colestein Veglin and that he was 615 years. According to the NY Times, the man also claimed that he had six wives who were all alive at the time. He reported his home was at 21 William Street and he had considerable property.

Of course, nobody believed his story and he was promptly sent to the asylum.

However, that was that from The New York Times and from Veglin as well. From then to now, there absolutely has been no follow-up from one of the oldest news firms or from any other journals with likewise prestige. However as per some other word of mouth (though more from the public’s POV), Veglin was completely a new face even for the locals. Apparently, zero people had any clue about his prior identity.

Nonetheless, there are these few unofficial sayings that claim Veglin died when he was 617 years of age. This would be two years after his aforesaid arrest. The only thing that lacked in this is a written confirmation.

Other People Known To Have Lived For A Long Time

Allowing mythology to get into the picture there is no shortage of people who allegedly have lived through not just generations or centuries but eras. Hebrew Bible (old testament) has enough individuals who have lived for an astounding 900 years. But then again the aforesaid number considered lunar months as years than the year we actually use. In translation, the 900 equals just under 73 years which frankly isn’t that worth the attention.

However, other mythical figures have been said to have lived for thousands and even millions of years, like the real years.

In terms of humans, such a majestic feat has allegedly been achieved by the Japanese monks and spiritual leaders of Hinduism and Jainism. Their existence normally lasted for around 240 to 280 years. That’s as plausible as it could get in the known history.

In May 2017 The Guardian brought a report about the death of Sodimedjo who was born in Dec 1870, according to his papers. The man who was also famous as Mbah Ghoto or Grandpa Ghoto was 146 years old at the time of his death. That made him far older than anyone else who is still living. His age, however, lacked verification.

So Is Colestein Veglin A Real Man?

With attestation, the oldest person to have ever lived in somewhat mythology, somewhat recorded history is Kirk Campbell of France. He was 261 years at the time of his death. The second on the list is a British man named Thomas Cam who breathed until he was 207 years old. The number of years is startling for sure.

However, in the legit documented history, the title for the longest to have ever lived goes to a French woman, Jeanne Calment who died at 122 years old.

Was It Possible For Colestein Veglin To Live That Long; How?

It could be. Scientists haven’t been able to completely refute the longevity of historical figures but also haven’t supported the notion of that enduring life span. Historians and scientists however have said that humans do possess the ability to be alive for even thousands of years. Some experts believe the first person with 1000 years of life lived could be already among us.

Veglin might or might not be him. He could have lived for 600 years due to some rare biological happenstance within his body. Genetic experts do believe humans could live that long or even further however the probability is of a massive ratio; one in one quintillion. And we do see some scenarios where reality has beaten the invincible odds.

While Wikipedia does include his name on their list of people known for longevity myths but then again it does say “myths.”

To put it concisely, nobody has been able to decode the mystery behind Colestein Veglin so far. The theory very well could run for perpetuity. The pursuit for an accurate answer on this one has been a vexing constancy.

Ever since this news popped up in the New York Times, the work to attain a hardline truth has always been an arduous task.

What Happened to Carl Ruiz? Failed Marriage With Marie and Family Details!

Ray Liotta Cause Of Death: Untold Facts About His Death