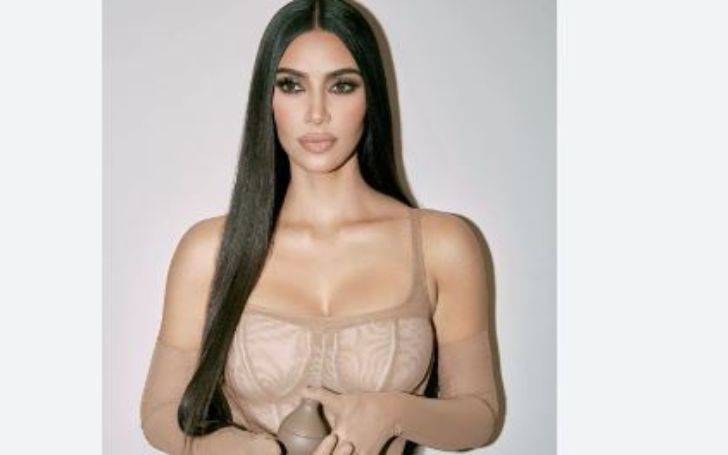 Kim Kardashian has been under hot water for how she has been coming across since this year’s Met Gala. Her drastic weight loss at the event has many wondering if she had used any modern medications, particularly Ozempic. Ozempic is the brand name the medication semaglutide comes with. It also has another market labeling by the name, of Wegovy. People have been hailing it as a major breakthrough that has helped them shed almost a fifth of their weight. The mechanism of the medicine includes suppressing hunger and making its users forget to eat.

People can take Ozempic via an easy-to-use self-injection pen. The UK’s NHS has approved it for obese patients with a weight-related illnesses including type 2 diabetes and a high risk of a heart attack.

The tabloids started putting the medicine (semaglutide) and Kim Kardashian under the same bracket when in May 2022 the reality star told Vogue magazine that she had lost 16 lbs in less than three weeks so she would be thin enough to fit into a dress that once belonged to the late Hollywood actress, Marilyn Monroe.

Did Kim Kardashian Really Use Ozempic To Lose Her Weight?

While Kim didn’t shed that many pounds, it was the extremely fast rate at which the entrepreneur lost her mass just to fit Monroe’s dress that led many to speculate she indeed used some quick alternatives.

Neither Kim nor any of her famous sisters have commented on the claims however one viral TikTok video which has more than 1 million views asserts that the social media star does appear to have metabolically changed her body considering the notable mass she was able to waive off her body. This comes from the claim of an evangelical patient from the very TikTok video.

In another such TikTok video, which has more than two million views, a user Kendyl Page Burnstein talks in detail about her own transformation claiming she lost about 30 lbs presumably because of the same drug.

Another TikTok video yet again by some random woman who has hundreds of thousands of views also speculates that some medical enhancers are responsible for Kim’s body transformation. The woman later theorizes that Kim might have been on GLP 1 semaglutide. She however also asserts that the claim is completely based on speculations. This particular short at the time had close to 600,000 views, 31.6 thousand likes, and more than 5,000 saves.

The TikTok contents with respect to the drug themselves are pretty popular on the app. The #ozempic alone has more than 300 million views on TikTok. A similar hashtag, #ozempicweightloss with over 150 million views is also on the rise.

Kardashian later told that it felt like she was preparing for a movie role. Kim also revealed that she had cut out sugar and carbs for almost a month to achieve her Met Gala look. She also talked about how she had been participating in two workouts a day during that time.

One other member of the Kardashian clan, Khloe also got the attention of this rumor as she, too, along with her sister looked a bit thinner than she used to be. However, she didn’t receive much connection with Ozempic in a magnitude similar to her sister.

In Oct 2022, billionaire and entrepreneur Elon Musk claimed on Twitter that he himself had lost some weight after using the drug.

Searches and curiosity for Ozempic are on the rise and talks about its slimming effects are increasing regardless of whether celebrities accept or deny the use of it.

A Brief About Ozempic

Ozempic mostly consists of an ingredient by the name, semaglutide. Ozempic has its classification in the class, GLP 1 agonists. Semaglutide in Ozempic causes a minor delay in gastric emptying in addition to affecting parts of the brain that regulate appetite and food intake. Semaglutide 1 mg requires a person to use it once a week via an injection to help them treat diabetes. It has been in the use since 2017.

The drug also has a fair share of side effects. In fact, the cons of taking Ozempic are quite serious. The possible side effects are nausea, vomiting, diarrhea, abdominal pain, and more rarely, pancreatitis and a potential link to a risk of thyroid tumors. The doctors do recommend people with a family history of thyroid-related cancer not take the medicine.