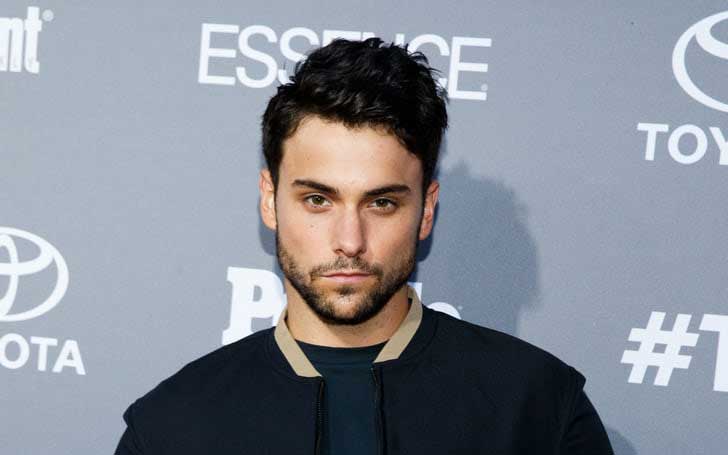 American actor Jack Falahee is famous for his portrayal of Connor Walsh in the ABC legal drama series How to Get Away with Murder. The 31-year-old actor’s portrayal of the gay character in the series raised the question about his sexuality in real life too.

So, is Jack Falahee gay in real life too? If not, who is his girlfriend? Let’s find out all about his love life here.

Falahee’s impeccable performance as a sexually voracious law student in HTGAWM promptly raised curiosity about his sexuality among his fans. But the actor never talked about his sexual orientation publicly for long. But in November 2016, Falahee took to his Twitter revealing his sexual identity.

His revelation came just days after Donald Trump won the presidential election 2016. In the long text he posted on Twitter, Falahee also recalled the moment how his gay friend broke down in tears after learning about Trump’s victory.

“While I’m not gay, on HTGAWM I play a character who’s in a relationship with an HIV positive man. However, in the past I’ve declined to discuss my own sexuality in an attempt to try and dismantle the closet.”

“Opponents to my ambiguous answers to questions surrounding my sexuality argued the importance of visibility. Ultimately, I think that my stance has been unhelpful in the fight for equality.”

Even though he is straight, Falahee said that he would be supporting the LGBTQ community as an ally.

Who is Jack Falahee Dating? His Girlfriend in 2020

Actor Jack Falahee was recently linked with model Ellie Satter. It is not clear when the lovebirds started dating, however, Jack had started sharing her photos on his social media by July 2019.

On August 5, Jack shared a photo with Satter in which both of them can be seen laughing. “Caught us laughing 🤠,” Jack captioned the post.

Jack kept on sharing his photos with his alleged girlfriend, Ellie, however, he didn’t make their relationship public. In November, Jack shared a couple of photos with Ellie from their trip to Winslow, Arizona.

In April 2020, Ellie Satter took to her Instagram announcing she was spending her quarantine time with her boyfriend. She wrote “They said quarantining with your boyfriend would be fun.. My favorite small business @entireworld ♥️,” in the caption. Here is her post:

Meanwhile, on 10th May 2020, Satter shared a video clip featuring her mother on her Instagram. She hinted that she and Falahee had a break up in the caption where she wrote:

After I had a rather tough breakup my mom informed me that she took some time off work and bought us two tickets to Mexico so I could “cry it out on a beach and then get back to kicking ass in New York City”.

It is still unclear if the couple had a breakup or not as they haven’t announced it officially. For now, based on Satter’s Instagram post, we presume Falahee and Satter have called it quits.

The How to Get Away with Murder star is not open about his past relationships and girlfriends. But, he was once rumored to be dating fellow HTGAWM costar, Aja Naomi King. They both made their appearances in each other’s social media posts which raised the speculation that they were an item.

But, neither Falahee nor King responded to their romance rumor. And the rumor faded away after he started dating Ellie Satter.