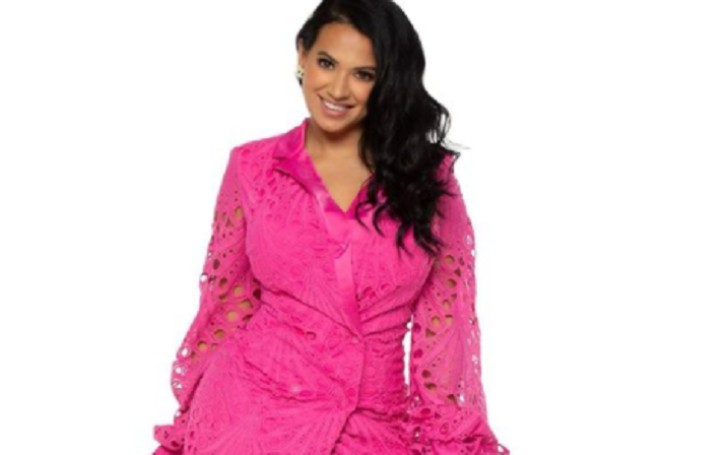 Carla Medrano is one of the veteran on-air personalities who currently serves as a co-host of El Bueno, La Mala y El Feo, a nationally syndicated radio program that airs on the Uforia Audio Network, Univision Radio. Carla who is also better known as “Mala” landed her first journalism job at KTMD.

Well, despite being such a popular face in the media, there are many who have yet to know something interesting about Carla’s life. So, in today’s article, we will try to find out everything regarding Medrano including her salary, dating life, and more…

What is Carla Medrano Age? Her  Early Life

Carla is aged 32 as of 2021. The radio host was born on 16th October 1988, in Houston, Texas. She spent the first 10 years of her childhood in Honduras with her family and then returned to her hometown Houston.

Her birth sign is Libra. Needless to mention, people who were born under the sign of Libra are peaceful and loves to be surrounded by friends.

Medrano is the daughter of a Honduran mother and Salvadoran father. While most of her parents’ details remain secret, Carla often shares photos of themselves on various occasions like Mother’s Day and birthdays.

Back in June 2020, Carla uploaded a few photos of her father in the honor of Father’s Day. She wrote,

Similarly, Medrano has also posted a couple of photos of her mother on her social media handles.

Besides, the radio personality has two siblings, one is a sister.

Carla Medrano belongs to Latina ethnicity. She is of Honduran and Salvadoran descent. Moreover, Carla is an American by her nationality.

Medrano went to the University of Houston, a public university in Houston in 2012, graduating with a bachelor of broadcast communications in Broadcast Journalism.

Was always destined to be a news reporter

The Houston native Carla had always been dreamed of becoming a news reporter. But, while at the school, the then-hoping reporter was bullied due to her hoarse voice. Although it initially demotivated her a little bit, Carla never got back from what her destiny was.

Soon after her graduation, Carla started working as an assignment editor at Telemundo Houston | KTMD. She joined it in April 2014 and worked with the channel for about a year until Mar 2015. During the time, Medrano did a lot of works like a weekend assignment desk, monitor scanners, manage news, coordinating rundowns with the news.

Medrano then went on to work on KQBU-FM, the Univision Radio affiliate in Houston. As of now, Carla serves as a co-host of its other affiliate called El Bueno, La Mala y El Feo, in Los Angeles, California. The nationally syndicated radio program now premiers on Univision Radio.

What is Carla Medrano Net Worth? Her Salary

Medrano has racked earned a good amount of money from her media career. Her net worth stands at $1 in 2021. On the other hand, sources believe that Carla’s salary is $62,840.

Is Carla Medrano dating Anyone? Know About Her Boyfriend

The 32-year-old Carla has remained quite secretive about her love life, neither yet to come forward with her relationship to date. So, because of her tendency of keeping things private, we can’t confirm whether Carla does have a boyfriend or not.