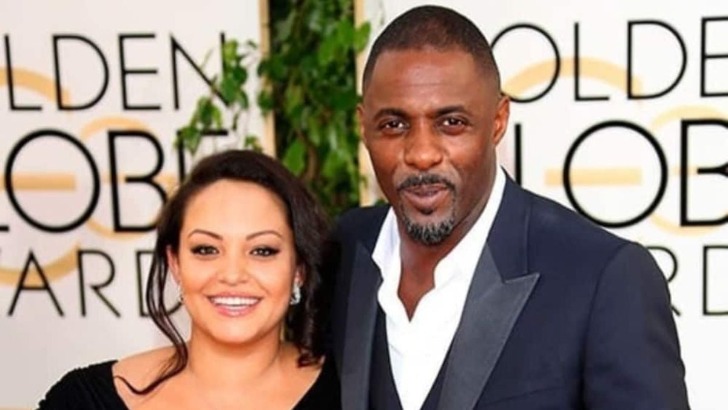 Sonya Nicole Hamlin is a lawyer who is recognized as an ex-wife of an English actor Idris Elba (Idrissa Akuna Elba). Her ex-husband Idris is mostly known as Stringer Bell in the HBO series The Wire, Nelson Mandela in the biographical movie Mandela: Long Walk to Freedom, and DCI John Luther in the BBC One series Luther.

Talking about her personal life, Sonya was married to The Wire actor for just 2 months. The duo met, married, and got divorced in the same year 2006. Their marriage was surprising even to their family and was extremely short-lived. Well, in this case, what was the reason for their divorce?

Let’s get to find out everything about Idris Elba’s second wife Sonya Nicole Hamlin including her age, birthday, marriage, net worth, and many more.

Idris Elba’s ex-wife Sonya was born on January 1st, 1974, in Glenn Dale, Maryland, USA. As of 2022, she is 48 years of age. Hamlin spent her early days in her hometown with her family and later moved to Notting Hill in London and lived there until she started her career.

Now, talking about her education, she went to the University of Virginia where she completed her Bachelor’s degree in Political Science and Government. Later, she received a doctorate degree in law from the American University Washington College of Law.

Besides, Sonya is an American citizen and belongs to an African-American ethnicity.

As we mentioned earlier, she is a property lawyer by profession. Right after she graduated in Law, she pursued her career. As per her LinkedIn, she is the Principal Owner of The Hamlin Legal Group, a law firm that helps clients to protect their civil, artistic, and intellectual property in Maryland and Washington.

A Glenn Dale native has been working in The Hamlin Legal group since the year 2000. Looking at this, we can say that since the very beginning of her career, she was the owner of this company and has been practicing law for more than 22 years as of  2022.

Sonya and her ex-husband Idris tied the knot on April 9, 2006, at the Kittle Wedding Chapel in Las Vegas. During their marriage, they didn’t invite any of their family and friends.

Actually, the couple flew to Vegas just to watch the Floyd Mayweather Jnr vs Zab Judah boxing match and they instantly decided to share vows. Regarding this, she said,

‘We didn’t go to Vegas with plans on getting married. We were just chilling on sun-loungers early in the day by the pool. I was drinking a Mimosa, and we were talking, and were both in a great mood’.

‘We had been together several months already, and knew it was right. We were both madly in love by then, and we were like, “Let’s just do it!” We were both excited. It was a mutual decision.’

After that, the couple moved to the jewelry shop to buy a ring and then reached to chapel to get married.

They persuaded a man named Daniel Krastev, an estate agent as an eye witness but surprisingly neither Sonya nor Idris knew about this attendee at their wedding. In a clear way, we can say that their marriage was an absolute secret.

Sonya And Idris Had Their Honeymoon In Jamaica

Right after turning to husband and wife, they came back to the hotel from where the newly wedded couple made a call at their home and informed their family about their marriage. Then, Sonya spent a lovely time with her husband in Vegas the following night. She told,

It was very beautiful and romantic

Later, both of them flew to Jamaica for their honeymoon which was arranged hurriedly.

How Did The Couple Meet Each Other?

Sonya first came across her future husband in the year 2006 and they were introduced through a mutual friend. In the first gaze, the two felt an instant connection. While recalling their first meeting, Elba’s ex-spouse remembered,

‘We met at a crowded gathering with a few other people ‘But we hit it off. We meshed very well. He’s not shy and neither am I, and we fell very much in love with each other.’

After hanging out for some time, both of them found so many commonalities in each other and enjoyed one another’s company. As a result, the couple tied the nuptial the same year.

In April 2006, the two became husband and wife, and after two months in June, Idris’ then-wife Sonya filed for a divorce against her husband. The main reason behind their separation is known to be distance. At the time, Sonya was tied with her law practice in Maryland while Idris was searching for a Hollywood role in California. With this, the new couple couldn’t balance that coordination which became the one reason behind their split.

Some people used to say, “Why her?” That’s what they were telling him. It used to upset him. He was like, “Why don’t people just let me be happy?”

Going through all these issues, the two mutually decided to end their partnership.

Has Sonya Married Again? What About Her Ex-Husband?

After her separation from the Mandela famed actor, Sonya is reportedly single. There is no update on her relationship with anyone as Sonya is living a very private life. But, even after her broken relationship with her ex-husband, she shared a beautiful friendship with him.

On the other side, her former partner Idris Elba has married again.

In 2019, he shared vows with 16 years younger former Miss Vancouver and model Sabrina Dhowre. Apart from Sonya and Sabrina, Elba was previously married to his first wife Hanne Norgaard.

Does Sonya Nicole Hamlin Have Children?

The answer is No. When she was in a marital relationship, she was very focused on her career thus she didn’t have kids with her hubby. And also, as we said earlier, Sonya has a very short-lived marriage. As a result, Hamlin didn’t bear any children. At present too, there are no reports about her becoming a mother.

On the other side, her famous ex-husband is a father of two. He has a daughter named Isan Elba whom he shares with his first wife Hanne. Isan was born on 5 January 2002 and is 20 years of age in 2022. Further, he also has a son named Winston Elba with a former girlfriend Naiyana Garth.

A celebrity ex-wife does not seem to be active on any social networking sites, neither on Instagram nor on Facebook or Twitter. She is absolutely living a private life.

As an accomplished lawyer, Hamlin has earned a decent amount to handle her life. However, in 2009, she filed for bankruptcy. But at present, her career seems to have grown and she is making good money. She currently lives in her Maryland house worth £400,000. As per sources, she has a net worth of $2 million.

On the other hand, her 50 years old ex-husband Idris Elba has a fortune of $40 million.