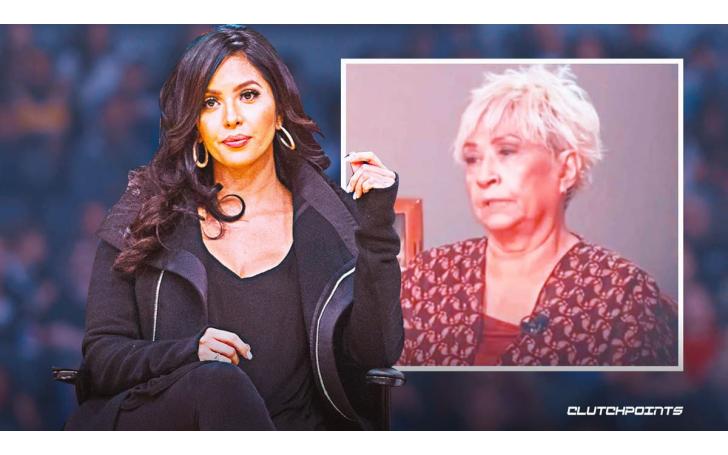 Stephen Laine is famous as the step-father of Vanessa Bryant, the late Kobe Bryant’s wife. He married Vanessa’s mother Sofia Lane in 1990.

Stephen has been on the news ever since his step-daughter Vanessa started dating Kobe. He was constantly on the news for all the controversy surrounding his relationship with Kobe and Vanessa.

It has been a long time since we last heard of Stephen Laine so what is he doing now? In this article, we shall find out.

He was born on April 30, 1960, in California and as of now, he is 62-years-old in 2022. He belongs to the Finnish and Estonian ethnicity and has American nationality.

Stephen became famous after his step-daughter Vanessa’s relationship with the late NBA player Kobe. As a guy who likes to stay behind closed doors, there is not much information about his parents and siblings.

Besides, Stephen is a graduate of Marina High School based in Huntington Beach, California. He spent the major portion of his childhood in the state of California.

Why is Stephen Laine famous?

As we mentioned before, Stephen became famous after Vanessa’s started dating Kobe. Before then, he was just an average American. It was in the year 1990 when he exchanged vows with Vanessa’s mother, Sofia, who was eight years his senior.

After Stephen’s marriage to Sofia, his life somehow changed for good. He even took in Sofia’s daughters from her previous marriage and gave her surname to both of them.

The pair initially first met when she started working at an electronics firm. At the company, Stephen used to work as a middle manager and Sofia worked as a shipping clerk. Around the time, Sofia was a single mother living in her sister’s spare room.

Eventually, the pair fell in love with each other and they exchanged vows in a small ceremony in 1990. At the time of their wedding, Vanessa was 8-years-old while her older sister is 11-year-old.

Before their marriage, Sofia’s daughters used to go by her first husband’s surname, i.e., Cornejo.

The lovebirds filed for bankruptcy

From the beginning of their relationship, the pair was never able to catch a breeze when it comes to their finances. After years of mounting debt, everything crumble down and they filed for bankruptcy.

Coincidentally, they filed for bankruptcy just a week after Kobe and Vanessa’s relationship.

Stephen and Sofia Divorce: He reportedly cheated on her

Everything was going well between the two but once bankruptcy came into the picture, it all went downhill. Sofia filed for divorce in July 2002 after she discovered that Stephen was cheating on her.

In the divorce documents, Sofia said, “In June 2002, I learned that Stephen was involved in another relationship. We separated.”

The pair consequently separated in the same month and after a couple of months, their divorce was finalized. It was reported, that Stephen was living with the same woman with whom he cheated on Sofia. Moreover, several tabloids claimed Laine blamed their relationship breakdown on Kobe.

Talking about the spousal support, Sofia demand that Stephen pay her on monthly basis as her daughter Vanessa and Kobe won’t be helping in her finances, though just before the statement Kobe gave his mother-in-law a $120,000 retirement nest egg, a $90,000 Mercedes-Benz, and $50,000 in furniture. Eventually, he was ordered to pay $1800 a month in support.

Initially, everything was great between the two. Stephen had just married Vanessa’s mom and he took in her daughters from a previous relationship. They even adopted his surname which really told everything about their relationship.

Furthermore, Laine was one of the few people who attended Vanessa and Kobe’s marriage. In an old interview, he once mentioned Vanessa as a sweet little child.

Still, their relationship slowly deteriorated with time. It all stemmed from the spousal support that Stephen had to give to Sofia each month. When Vanessa filed for divorce with Kobe in 2011, after ten years of marriage, he was the first one to call her out.

In a lengthy statement to TMZ, he said, “Her mother taught her well to wait for the 10-year mark [before divorcing]. In California, it’s considered a long term marriage and then she gets paid for life or until she remarries … just like her mother is doing to me. I have to pay her mom $1,800 every month and clearly, they don’t need it.”

That being said, when Kobe and his daughter Gianna died in a helicopter crash in 2020, Stephen sent his condolence to his step-daughter and told The Sun, “I just found out and can’t say much, just that I wish the family well. I just heard on the news that Gianna died as well. It’s terrible. My heart goes out to Vanessa and the kids.”

What is Stephen Laine doing now? Is he married?

Well, back in 2011, Stephen was working as an inventory manager for a food company. For a long time, he has been staying a life without the prying eyes of the media so no one can’t ascertain what is he doing now.

On the other hand, Stephen is a married man. It looks like he has exchanged vows with the same woman with whom he had cheated on Sofia. Apart from that, back in 2011 he also revealed he has one six-year-old daughter.

The man lives such a secretive life that there are literally no pictures of him. All the websites that have posted pictures of him are fake and not true.

As a person who doesn’t like to talk much about his profession so we can’t say for sure how much is his net worth.

Meet Halsey Parents: Facts About Her Parents You Didn’t Know