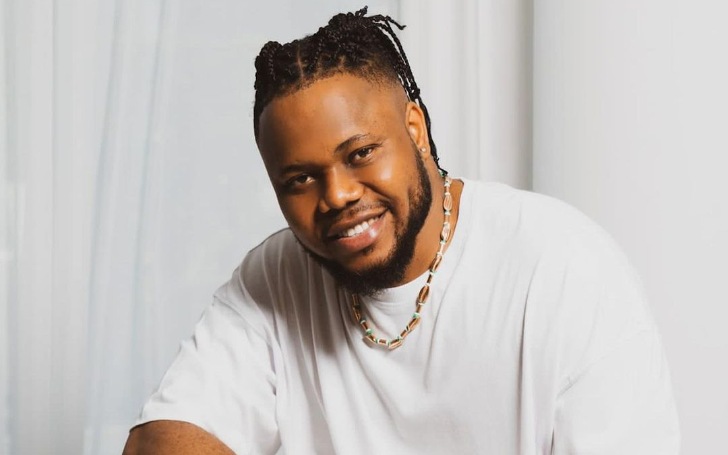 Francis Antetokounmpo (aka Francis Olowu Ofili Adetokunbo) is a musician, basketball, and soccer player. More than his own profession, he is popular for being the older brother of Giannis Antetokounmpo, a professional basketball player who received the 2017 Most Improved Player award and All-Star Selection 6 times.

Not only Giannis, but Francis has other 3 brothers who are equally popular in the sports field, because of which Francis has also become the subject of curiosity for millions. The eldest of the popular Antetokounmpo siblings is also equally capable but is yet to grab the limelight like his brothers.

So, we are here to tell the true capability of one of the brothers of the Antetokounmpo family. This article will explore some unknown facts about Giannis Antetokounmpo’s older brother, Francis Antetokounmpo including his age, siblings, playing career, music career, net worth, and many more.

Francis was born to his father Charles Antetokounmpo and his mother Veronica Antetokounmpo on October 20, 1988, in Lagos, Nigeria. As of 2022, he is already 33 years of age with the birth sign Libra.

Similarly, up to the age of 3, he grew up in his hometown under the care of his parents. After that, he was raised for a certain time by his grandparents as his parents moved to Athens for better opportunities leaving 3 years old Francis under their care.

Apart from all these, he is of Nigerian descent and holds Nigerian citizenship.

His Father Is No More In The World

Antetokounmpo’s beloved dad has already left the world leaving his wife and five sons behind.

On August 3, 2018, on the occasion of his father’s birthday, Francis posted his photo alongside his mother and captioned it,

Happy birthday to the best dad in the world.
We love you and will forever be greatful for the love you showed us👑#KING…….keep resting in the presence of the most high God 🙏🙏.Amen.

All of Francis Antetokounmpo’s Siblings Are Players: Their Detail

Talking about his brothers in detail, Thanasis was born on July 18, 1992, in Athens, Greece. A 30-year-old Francis’ first sibling is a player for the Milwaukee Bucks of the National Basketball Association (NBA).

Further, Francis became the elder brother for the second time on December 6, 1994, with the birth of his second brother Giannis. Like Thanasis, Giannis is also a player for the Milwaukee Bucks of the NBA, who has an aim to maintain his father’s legacy.

Moreover, on November 29, 1997,  his mother gave birth to Kostas (aka Konstantinos Ndubuisi Antetokounmpo). He is now 24 years old adult and has lastly played for ASVEL Basket of the French LNB Pro A and the EuroLeague.

Likewise, Alex is his youngest sibling who was born on August 26, 2001. Like his other buddy, he is also a basketball player and has played for the Wisconsin Herd of the NBA G League.

Francis Antetokounmpo Is More In Music Unlike His Sibling

Unlike his other siblings, Francis, also known as Ofili, is pursuing his career in Music. In the year 2020, he released his first single on the title Shekoshi with a music video that starred Darko Pericas as a guest. Further, his song with the title Jump On It can also be found on the Youtube channel.

Recently, on August 11, he announced about his another song with sky vector music on his Insta account by captioning.

BOOM! @ofili_official x @ishdarr’s AGOGO is OUT NOW!
🎧 Listen to it on YouTube/ Stream it on Spotify and all streaming platforms

Seeing this, we can say that he has his complete devotion to the music field, while all his brothers are getting fame for being the player. On his Instagram, he further shared a link in which people can listen to his releases. Regarding this, Ofili prefers to introduce himself as an artist rather than anything.

Antetokounmpo Is Also A Player

Prior to his involvement in music files, Francis was a player. He was a semi-professional basketball player. As per sources, he played basketball in a local club in Filathlitikos and also was a part of the senior men’s team. As his purpose to play basketball was not to make living through this, he didn’t take it seriously.

More than basketball, he is recognized as a soccer player. He was a midfielder and has played in some clubs both in Nigeria and Greece. He was associated with the Greek Soccer Club AE Sparti in Sparta, Laconia, Greece. But eventually, he left the club, and within some months, he joined the football club based in Spata, Greece. Later, he left football too and started his journey in music.

Is Francis Antetokounmpo Dating Or Married?

As per our research, the celebrity sibling Francis is not married and neither is dating anyone as his social media account also suggest his status as single. He could be privately in a love affair but he has not come up with an official statement regarding his relationship status.

Moreover, he also does not seem to have any plans to tie the knot even in the near future. However, we hope, we will get to see him with a perfect partner in the coming days.

Moving on to his social networking site, Francis is active on Instagram under the username @ofili_official with 67.1k followers. Further, he has his Youtube channel under the name AntetokounBros Tv with 200k subscribers.

Besides, he does not seem to be active on other social media, neither on Facebook nor Twitter.

What Is Francis Antetokounmpo’s Net Worth?

As of 2022, Francis has an estimated net worth of around $1 million. He has been in several teams as a soccer player, basketball player, and football player. He is also a talented musician who is earning a decent amount through his musical releases.

On the other hand, his popular brother Giannis Antetokounmpo is extremely rich with a net worth of $70 million as of 2022.