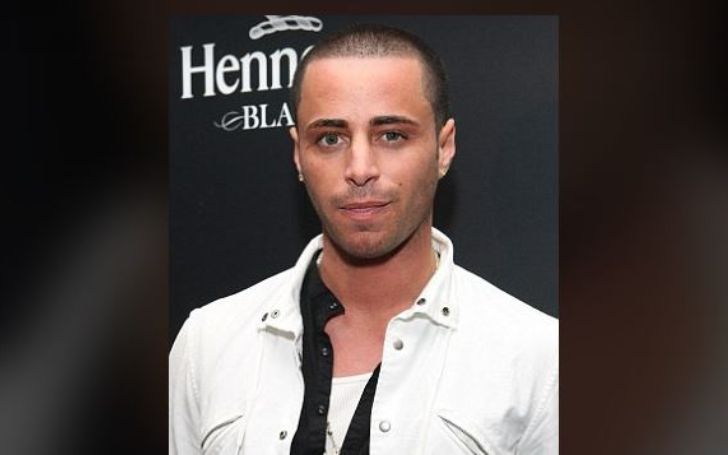 Carmine Gotti Agnello or Camine Agnello Jr is a former musician and an ex-auto parts business owner who is better known as the son of Victoria Gotti and the grandson of John Gotti. Carmine Jr’s grandfather, John throughout much of the 1980s was notorious for being the leader of an organized crime group, the Gambino family.

The granddad made headlines with numerous high-profile trials and good skills for evading the police. John Gotti was one of the most infamous crime figures of the twentieth century. Gotti died in June 2002 whilst still in prison. People, however, still show interest in his story and the next generations of his.

All of his children and grandchildren have also gained quite a bit of fame of their own. And some of them have now turned into their own kind of celebrity. Such is the case with one of Gotti’s grandsons, Carmine Gotti Agnello. He started getting notice from his mother-led reality series Growing Up Gotti.

It chronicled the lives of Victoria Gotti, and her three sons, Carmine Jr, John, and Frank. But what have Carmine Jr and his siblings been up to these days; what are their current jobs, are the boys married, do they all have partners? Take a look at the post-reality show lives of Carmine Gotti Agnello in addition to the rest of his family members.

Carmine’s father came from a family that used to run a scrap metal recycling operation. Agnello’s dad, however, went on to serve seven years in federal prison for racketeering (from 2001 to 2008). He met detainment again in 2015 for running a stolen car-scrap metal scam at his own junkyard in Cleveland.

Agnello Sr once again became a felon in 2017, this time for the possession of a firearm. The father of three though got a plea deal the same year to avoid jail time.

Carmine once said because of his father’s prison time he saw a lot of ups and downs in his childhood and lived 12 years of his life without a father.

His mother Victoria, on the other hand, grew up in a two-story house in Howard Beach, New York, with her siblings. Despite claims that state otherwise, Victoria once said she and her family lived a lower-middle-class life with old-fashioned family values that hailed from their Russian and Italian ancestry.

Carmine also had an older sister, Justine Gotti Agnello who though died as she was stillborn nine months after Victoria’s 1984 wedding to now ex-husband Carmine.

As mentioned, Carmine Gotti Agnello, along with his two brothers, starred in the reality show “Growing Up Gotti.’’

Carmine And His Brothers Were Business Partners

But he gave it up after serving his prison time, separating from Victoria, and moving to Cleveland. Following that, it was Carmine Jr and his two brothers who were running the business.

As for the present, whether the business or the partnership exists or not is a mystery. On the professional font though, Carmine’s brother, John, who was named after his famous grandfather, is currently married to a woman named Alina with a son.

John also had launched a music career and in the past had said he was going to release an album that was going to include a tribute to his late gangster grandfather.

After the end of Growing Up Gotti, Carmine decided to try his hand at singing. Whilst pursuing music, he first put in a 2015 appearance on VH1’s short-lived reality show But Can They Sing.

Though that didn’t turn out as successful. After that, Carmine mostly avoided the spotlight.

He then attempted to create his own album. In fact, during the year, 2010, the eldest Agnello brother was working on a record deal and making cameos in videos by rappers Khia and Fat Joe. He appeared as one of the “bad boys” in risqué rapper Khia’s video, “Been a Bad Girl,” and was also in Fat Joe’s video, “(Ha Ha) Slow Down.”

Also for some years, Carmine had been in and out of Yonkers’ Power House Studios, made famous by rappers DMX and the Ruff Ryders.

At the same time, talking about his then endeavor, Carmine said,

“I’m matured, I was a kid when they saw me last time. I wanted to step away from that whole image….I’m a young man now. I’m clean-cut.”

He at the time also confessed to struggling financially. As for his own project, Gotti said,

“My album is more focused on the club scene, and mostly focuses on women….I want to surprise everybody.”

Agnello said his grandfather’s life as a Gotti was also an influence on his music. He at the time described his music as more like hip hop.

Though as of recent, there hasn’t been any update from him on the musical facet.

Carmine Jr Parents, Victoria Gotti, And Carmine Sr’s Relationship; Why Did They Divorce?

Carmine Gotti Agnello’s parents, Carmine Agnello and Victoria Gotti married in 1984. They had known each other since high school.

Victoria’s parents, however, initially disapproved of their union. The reason: in 1979, according to John Alite’s 2007 court testimony, Gambino boss John Gotti retaliated against Agnello for assaulting his daughter, Victoria Gotti. Several Gambino members ambushed Agnello Sr, beat him with a baseball bat, and then shot him in the buttocks.

Despite her family’s chagrin, Carmine’s mother went ahead to tie the knot and built a family with Agnello Sr, in a mansion, in Westbury, New York. After the marriage, the couple had three sons, Carmine, Frank, and John. As mentioned, they also had a stillborn baby daughter, Justine.

Unfortunately, in the year 2000 things took a turn when Carmine Jr’s father got arrested for using extortion and arson to frighten a Queens business competitor, who happened to be an undercover cop. A year later, the court convicted and sentenced him to nine years in federal prison, along with an order to forfeit $10 million in assets to the court.

Then in 2003, on grounds of constructive abandonment, Agnello Jr’s mother, Victoria divorced him.

She had also decided to leave him for his infidelity; he reportedly cheated on John Gotti’s daughter with his Queens secretary. Apparently, as a part of the divorce, Victoria got their mansion and received $12,500 a month in alimony in addition to the $12,500 per month for her sons. Her whole divorce settlement was worth an estimated $7 million.

Carmine Agnello, now, reportedly has a wife named Danielle Vangar whom he apparently married after his release from prison in 2008.

Agnello had a little too much trouble back in 2018 with his and his brothers’ auto parts business.

The police arrested Carmine, then in his thirties, and charged him in July 2018 for the crime of operating an automotive scrap and recycling yard in Queens, N.Y. without a license.  His lawyer Stephen Mahler at the time said his client was a legitimate businessman who just entangled himself between licenses.

Agnello’s license had lapsed in December 2016 but the police arrested him only in July 2018. He applied for a new license in June — but later withdrew the application, according to a DMV investigator.

He was initially let go of his own recognizance and ordered to return to court on Sept. 25. Carmine Gotti Agnello Jr, later, dodged prison time by copping a plea deal for operating an illegal scrapyard.

Queen’s criminal court Judge Gia Morris agreed to reduce charges against the scion of the late Gambino boss, to a misdemeanor in exchange for a $1,000 fine and a forfeiture of $4,605 in ill-gotten gains. This was after Carmine Jr agreed to have operated a salvage pool that was not registered with the appropriate authorities.

Does Carmine Jr Have Social Media?

Although Carmine does have social media accounts, he shares quite less with his fans on such platforms. What’s more, his locked-out Instagram has also made him a sort of nobody for the outsiders in recent times.

He though occasionally pops up every now and then on his mother’s Insta handle; the blonde mother of three doesn’t miss a chance to give a shoutout to her sons during their birthdays including Carmine.

Is Carmine Gotti Agnello Married; What Does He Do Now?

Much to his recent low-key life, it is substantially ambiguous as to who Carmine’s significant other is. Unlike his younger brother, John who has a family of his own, Agnello hasn’t let out the details regarding his married life or if he is dating at all. He, though, in the mid-2000s was allegedly dating a girl named Lizzie Grubman.

Ever since the end of Growing Up Gotti, the three sons of Victoria have been living a significantly non-celeb life. It consequently is unclear what the boys are doing behind the scenes personally or professionally.

How Rich Was Carmine Jr’s Grandfather And His Mother? Their Net Worth

Although Carmine’s family didn’t have a good reputation, they certainly were quite the wealthy group of people. The main man John Gotti was the 9th richest criminal in the world with a net worth of over $30 million.

And while his daughter and Agnello’s mother, Victoria Gotti doesn’t have as much fortune, the former reality star is by definition still a millionaire. The woman who has a reported net worth of about $2million is also the owner of a lavish Old Westbury mansion worth nearly $3 million.

Though the point that has been missing in all these to these days is the approximation of John’s grandson’s net worth. It is still up to debate and guesses as to what wealth John, Carmine Jr, and Frank hold for themselves.