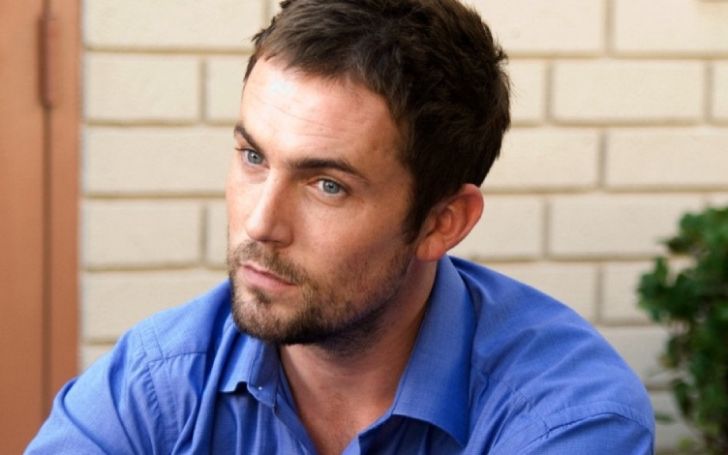 Desmond Harrington is an American actor best known for his role as Detective Joseph ‘Joey’ Quinn in the crime drama series Dexter. Further, he is also famous as Jack Bass on Gossip Girl, an American teen drama TV series.

Besides, Desmond once came into the headlines for his drastic change in his physical appearance. Actually, he had lost 30 pounds of weight due to which rumors about him undergoing surgery & him being into drugs were prominent. So, Was Desmond really into Drugs, or was it just a rumor? Besides, what about his love life? Is Desmond married? If yes, who is his wife?

Here in this article, let’s have a close look at Desmond Harrington’s wiki, his relationship in 2022, his social media presence, net worth, and many more.

Well, Desmond was born to father Michael Harrington and mother Mary Harrington on the 19th of October 1976, in Savannah, Georgia USA. So, he will turn 46 years of age in October 2022. Considering his birth details, his Zodiac sign is Libra.

Talking about his childhood, he had a decent one and grew up in a Christian family in The Bronx, New York in a very ordinary way. Like any child, he has a great relationship with both his parents.

As for his education, he was a student in a Catholic school for 12 years. And for his further study, he enrolled in Manhattan College. Besides, Harrington is of Caucasian ethnicity and holds American Nationality.

Desmond Harrington Is An Actor: Details On His Movies And TV Shows

A Savannah-born actor Desmond has been into acting since 1999. It is said that Desmond was asked to join the acting classes by one of his colleagues after which he discovered his passion to act.

He made his acting debut in 1999, in the historical film The Messenger: The Story of Joan of Arc, where he portrayed a character named Aulon.

Likewise, he also appeared as Randy Harris, Jr. in the movie named My First Mister, Ralph Hagen in 3-Way, Jay in Life Makes Sense If You’re Famous, and many others that bind him to continue his acting profession till 2022.

For the first time in 2002, Harrington appeared in miniseries named Taken where he played the role of Jesse Keys-Adult. After that, he did TV shows like Dragnet, Law & Order: Criminal Intent, Sons & Daughters, Rescue Me, Shooter, and many more.

Among many of his television series, he came into prominence after playing the role in a crime drama series Dexter, and a teen drama TV series Gossip Girl. Subsequently, for his contribution as an actor, Desmond also got a nomination as the best actor and outstanding performer in Screen Actors Guild Awards and Fangoria Chainsaw Awards.

His Profession Prior To Acting

For his role as Joey Quinn in the television series Dexter, Harrington came out with a drastic physical change. He appeared skinny due to which people started assuming that he may have caught sickness or maybe he is into drugs. There were also assumptions that he underwent some kind of surgery.

However, the fact is Desmond is completely healthy and didn’t under any kind of surgery. He confronted the rumors stating he had merely made some lifestyle changes. Talking about his weight loss, he said,

I didn’t have any plastic surgery, I’m not sick it’s called running and eating better! You understand? I’m in my 30s now. All these ridiculous stuff that I read “He’s sick, he’s on drugs”, get a life! I just changed how I ate and begin to run!”

Well, Desmond is not married yet and he does not seem to have any plans to tie the knot any time soon. However, he has been in a few romantic affairs in the past. Firstly between 1999 to 2000, he was in a relationship with his girlfriend, Amber Valletta, an American Model. Sadly their relationship didn’t last for very long.

Later on, he dated an American Jewelry designer Jennifer Meyer in 2002. Likewise from the year 2010 to 2012, he was in a relationship with an American actress Eve Mauro. Similarly, there was a rumor of him dating a Youtube celebrity Gabbie Hanna but it never came out with confirmation.

Further, in the year 2012, Desmond dated American actress and singer Amanda Seyfried. The former couple had publicized their relationship but eventually, they got separated just after a year in 2013. The reason behind their split is still unknown. Desmond has since been keeping his relationship out of the media.

Where Is Desmond Harrington now?

Since his last appearance in Manhunt: Deadly Games in 2020, Desmond has been completely away from the media. In fact, he has also not made any kind of public appearance giving rise to several questions about his life in 2022. Well, Desmond is all healthy and is gearing up for his new movie Butterfly in the Typewriter, which is in the pre-production phase.

The Wrong Turn actor, currently resides in his apartment in The Bronx, New York.

What Is His Height?

The actor has quite an impressive height which suits his entire physicality and his profession. He has a height of 5′ 11″ or 180 centimeters.

Is Desmond Harrington On Instagram? His Other Social Media Sites

A 5′ 11″ tall actor is on Instagram under the username @desmondharrington with 12.9k followers. But the thing to wonder about his Instagram is that he hasn’t posted a single post on his account despite having such huge followers.

What Is Desmond Harrington’s Net Worth?

Since 1999, Desmond has been in Hollywood as an actor. Throughout his acting career, he has had credit for more than 40 movies and TV shows. So, without a doubt, he has amassed a lot from his profession. As far as his net worth is concerned, he has a net worth of $4 million as of 2022.

All You Need To Know about Stassi Schroeder Plastic Surgeries; Breast Reduction to Botox Fillers