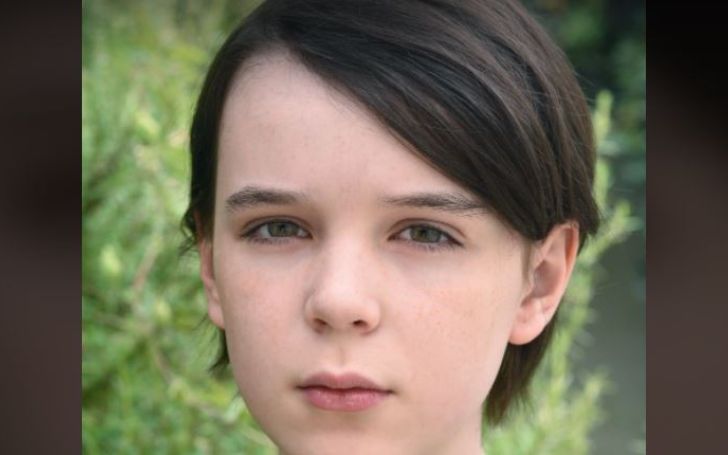 Winta McGrath is an Australian actor who is known for the HBO series Raised By Wolves and Doctor Doctor and films Aloft, and Boys In The Trees.

Although still fairly young, McGrath has acted alongside stars such as Jennifer Connelly and Cillian Murphy. He is also often known as the younger brother of Gulliver McGrath from the films Lincoln, Dark Shadows, Hugo, and others.

There is one other brother of McGrath who is also into acting and all the three siblings have so far attracted glowing praise from their native country and the mainstream cinemas alike. Read all about Winta in the forthcoming headings. Get a latch onto his formative years, siblings, how he got into acting, and further.

The Australian actor Winta McGrath was born in Aug 2005. The now 16 years old actor is the son of Craig McGrath and Heidi Chapman.

Winta’s father, Craig McGrath is an anesthesiologist. His mother, Heidi Chapman, on the other hand, is a prominent neuroscientist. The mother of three sons, Heidi was also a Postdoctoral Fellow at the University of Birmingham, UK.

Winta is the youngest of three brothers, Gulliver and Zenn McGrath. McGrath’s siblings include Zen McGrath and Gulliver McGrath.

All three boys were homeschooled by their parents in an attempt to minimize the disruption of their spells of filming. Winta and his siblings grew up in Melbourne but then the family later moved to the UK whilst the boys were still young.

They had to relocate to Birmingham, England when their mother got a research job there.

Of all the three brothers, it is Gulliver that has quite an impressive film resume. Gulliver began his acting career serving in the 2008 television crime series named Rush as Charlie.

Winta’s eldest brother, by the time he was 13, had worked for A list filmmakers like Martin Scorsese, Tim Burton, and Steven Spielberg. He also had the opportunity to share screen alongside heavy names like Johnny Depp, Ben Kingsley, and Sally Field.

Gulliver’s first big-screen role was in Scorcese’s 2011 adventure/fantasy film, Hugo playing the role of Young Tabard. His second film was the 2012 fantasy horror Dark Shadows where he played David Collins, his first major role. The vampire chronicle film by the director Tim Burton features Winta’s elder brother as a boy who can see the ghost of his mother.

Nobody believes him until a mysterious character called Barnabas, played by Johnny Depp returns to the family after a long absence. After Dark Shadows, Winta’s brother, Gulliver played Abraham Lincoln’s son, Tad, alongside Daniel Day-Lewis in Spielberg’s Lincoln biopic-2012.

McGrath Has Played Brothers With His Other Sibling In Few Films

Winta’s other brother Zen McGrath, the middle son of Craig McGrath and Heidi Chapman, is also an actor. He is known for the films Red Dog: True Blue (2016), Aloft, and Dig (2015). In the first two, he shared the screen with his younger brother, Winta.

Zen, who was born on 30 July 2002, was 11 when he won a role in Dig, The show is a 10-part US television mini-series by the two writers respectively responsible for the hit series Homeland and Heroes.

In the Dig, Winta’s second brother plays Josh – a 13-year-old who had lived all his life in a sect compound, oblivious to his importance to the future.

Winta began his acting career at the age of 9.

He made his screen debut in Aloft, a 2014 drama by Peruvian director Claudia Llosa. The film stars Cillian Murphy as a falcon handler who travels to the Arctic Circle with a journalist (Mélanie Laurent) to find and learn more about his faith healer mother (Jennifer Connelly).

In the supernatural film, Connelly’s character, Nana drags her kids to a faith healer (William Shimell), who builds little houses out of twigs as part of his ritual. Afterward, she discovers purely by chance that it is she who may be the one with the healing powers.

In the movie, accompanying Winta as a brother is his real-life brother, Zen McGrath. McGrath’s second movie job was as Young Jonah in the 2016 film by Nick Verso Boys In The Trees.

The same year, he also played Nicholas Carter in the drama-comedy film Red Dog: True Blue. He then played Floyd in the medical comedy-drama series Doctor Doctor. Winta would portray Floyd in the Australian television show Doctor Doctor from 2016 to 2021.

In the meantime, the teenager also had a minor appearance in the Australian short film Risen (2020).

Since 2020 Winta has been one of the main characters in the original American science fiction series of HBO Max, Raised by Wolves.

In the show, McGrath plays Campion, a scrappy and soulful 12-year-old who grows up under the care of his android Mother (Amanda Collin) and Father (Abubakar Salim).

Raised By Wolves starts when Campion meets followers of religion for the first time in his life after a ship of humans arrives from Earth. Consequently, after that, Campion starts to question whether his android parents really know what’s best for him.

For his portrayal of Campion, Winta went on to receive the 2021 Young Artist Award for Best Leading Artist in a Television Series. Winta is repped by 3 Arts, Emma Raciti in Australia, and Felker, Toczek, Suddleson & Abramson in the states. Emma Raciti also manages Winta’s two older brothers, Gulliver and Zen McGrath.

How Did Winta McGrath Get Into Acting?

While it is unclear how exactly Winta got into acting, presumably it all started when his eldest brother got into it, which, however, was a sort of accident.

In an interview with the Sydney Morning Herald, Gulliver revealed his acting career began at six. At the time, his mother got a call from his school asking whether he wanted to audition for an ad.

The role was a commercial for milk in which strawberry cows stalk him.

Winta’s brother loved it so much that his parents sent him to a Brunswick acting school. That led to more auditions for commercials and a play, Poor Boy, with the native Australian actor Guy Pearce.

After Gulliver’s acting thing took off, his brothers were bound to follow the same path sooner or later.

Back in Sep 2020, there were a lot of forums on the internet talking about the uncanny resemblance between Winta and American actress, Kiernan Shipka, known for playing Sabrina Spellman in the Netflix series Chilling Adventures of Sabrina (2018–2020).

Also talked about were a handful of memes. Many blamed the nature of their names for the confusion as well.

Albeit brief the misnomer grew to such an extent that a significant number of Redditors ended up believing they were siblings in real life. Or at least there were plenty of suggestions stating Kiernan Shipka and Winta McGrath could play sister and brother.

Further, there are some who believe Winta’s character in Raised By Wolves is a girl and therefore the sister of the Mad Men alum Shipka. The actress, Kiernan Brennan Shipka, however, is a single child of John Young Shipka, a real estate developer, and Erin Ann Brennan who was born in Chicago, Illinois.

Winta also has a YouTube channel called nmbros which he started with his older brother Zen.