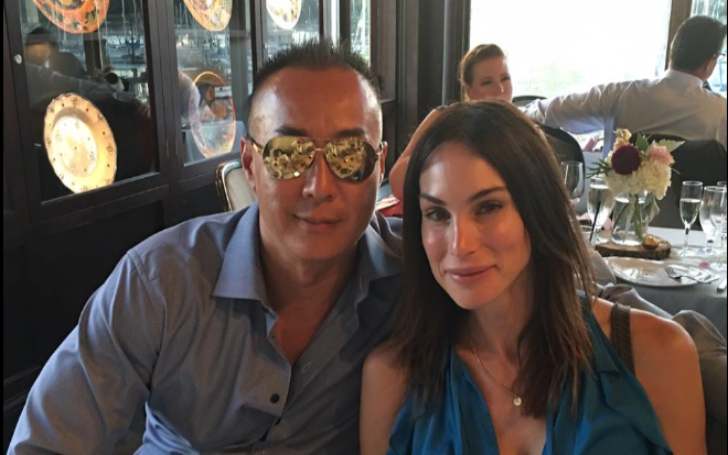 Shawna Loyer is a beloved American actress who rose to prominence after her role in the movie Thir13en Ghosts (2001) and Thir13en Ghosts Revealed (2002) as The Angry Princess.

In her career spanning a couple of years, Shawna has appeared in a few movies from 2001 to 2002. However, soon after that, she quit her career in movies. Thus, there is a lot of curiosity about her life at present. So, where is she now? Is she married? Who is her husband?

Well, you will find all the answers to your queries regarding Shawna in this article. Stay with us to find out other interesting facts about her including their personal life, career, net worth, and many more!

The former actress Shawna Loyer was born on October 18, 1979, in Miami, Florida. The actress is very private about her personal life which is why she has not revealed about her parents and family yet. However, she once shared a picture of her with her grandmom on her social profile.

The actress was raised and completed her schooling in her hometown. Later, she joined took classes for para-legal.

Loyer made her acting debut appearing in the 2001 horror movie Thir13en Ghosts. In the movie, she portrayed the role of The Angry Princess, one of the ghosts out of thirteen. The movie was directed by Steve Beck and was a remake of the 1960 horror movie 13 ghosts.

Although the movie was not as good as expected by movie critics, Shawna’s acting was highly appreciated. As per critics, the movie lacked enough scary scenes. However, after 10 weeks of release, the movie was able to collect $41,867,960 domestically and  $68,467,960 worldwide.

Her Role As The Angry Princess was Admired By Cinema-Lovers

Shawna played the role of The Angry Princess in the movie Thir13en Ghosts. Despite being her first movie, her role was loved by the audience. In the movie, she originally plays Dana Newman, a beautiful girl who is caught up in an abusive relationship.

While people are enchanted by her beauty, she often undergoes plastic surgeries to further enhance her beauty. But after a botched experiment that accidentally mutilates one of her eyes, Shawna’s character in the movie Dana commits suicide.

After that, her soul remains without salvation and becomes an angry princess who has hate towards people.  She is often seen with scars on her face and carries a knife she used to kill herself in the movie.

She was able to illustrate her role very well. Unfortunately, she did not continue her acting journey after the release of Thir13en Ghosts Revealed (2002).

What Might Be The Reason Behind Shawna Loyer’s Career Downfall?

As we stated earlier, Shawna gained sudden fame in the movie industry but she dissapeared just after a couple of movies. So, what was the reason that she quit the media industry.

Well, if sources are to be believed, she left the industry as she was not highly interested in acting. Many believe that she got involved in another sector while others believe that she simply settled down after her marriage to set up her family. Well, whatever the reason is, Shawna is currently completely out of touch with the media world and she has not disclosed anything about her coming back to the industry yet.

Is Shawna Loyer Married To Anyone In 2022? Who Is Her Husband?

Shawna tied the knot with her Asian-American husband named Don Soo. Although the couple has not revealed the exact date of their marriage, they seem to be together since early 2000 as per their social media posts. Both of them have shared their wedding pictures on their social media handle.

Following the tradition, Shawna wore a beautiful white gown with a long white veil holding a white flower bouquet in her hands on her wedding day. The duo are still together and are happily spending their marital relationship even after two decades.

Talking about her husband Don Soo, he is the owner of Motor Trend’s Auto Group. Furthermore, he is a bodybuilder and posts many workout pictures and tips on his social media profile.

Shawna Has Two Children With Her Spouse

Well, Shawna Loyer has two kids with her partner Don Soo. There are no details about when the couple welcomed their two sons Shay Soo and Ash Soo. However, both of them share pictures of them on their social media.

The family of four look adorable together.

What is The Thir13en Ghosts’ Actress Currently Doing?

After departing from the entertainment industry, the popular actress Shawna Loyer almost vanished without a trace. Shawana is currently away from media and paparazzi. However, we know that she is currently residing in Richmond, British Columbia, Canada with her husband and kids.

After quitting her profession as an actress, she started taking classes for para-legal. She is currently doing a day job as a Para-Legal.

What is Shawna Loyer’s Net Worth?

Thir13en Ghosts’ actress Shawna has been able to amass quite a good amount of fortune through her journey. Her estimated net worth is around $6 million. Shawna is currently enjoying her lavish life with her husband and kids. She was able to gather this hefty amount of fortune by working as an actress and as a para-legal.

Furthermore, her husband seems quite active on socialmedia including Instagram and Facebook. Shawna’s fans often follow her husband on social media to keep updates about her.