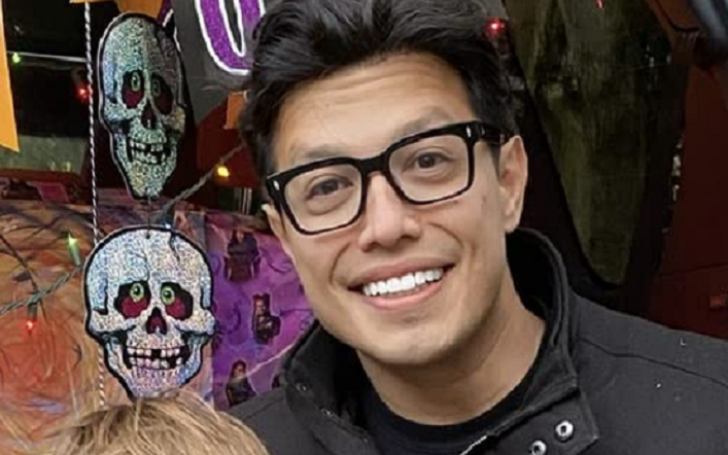 Eddie Ibanez is one of the biggest cybersecurity hackers in the United States who also helps the U.S. government to locate terrorists. Eddie, a Massachusetts Institute of Technology graduate is now the CEO of PriceCoin, a travel booking website.

Besides, Ibanez grabbed attention as the ex-husband of Jackie Ibanez, an overnight breaking news anchor for Fox News Channel. The ex-duo married for years before they went their separate ways. The former flames also shared three kids.

Here is everything about Eddie. Let’s take a closer look!

Who is Eddie Ibanez? His Professional Career and Education

Ibanez is the CEO of the travel booking website PriceCoin. It allows clients to turn their booking points into dollars by using an innovative earning structure. The idea of PriceCoin emerged from his first company called Zenabi, an AI and advanced data analytics company.

A couple of years after Zenabi’s creation, the company received an RFP from Priceline. Priceline asked if they can replace their market automation platform with a much more robust AI platform. After a week of Proof of Concept, all the while competing with IBM, Oracle, and Palantir, Zenabi eventually got the project.

As of now, Eddie also helps the Miami Dolphins, a football team based in Miami to understand the patterns of each player and each combination of players.

Moreover, he also hosts a podcast titled, The Modern Dad, which will be released on December 2022.

Eddie Ibanez Early Life: Was he an orphan?

Ibanez was born and raised in the United States. He has, however, kept most part of his early life behind closed doors. But in early 2022, it was revealed that Eddie was brought up by a single mom in Waterloo Avenue, Philadelphia.

However, Eddie reportedly lied about his upbringing and claimed that he was an orphan. He erased all the data that would otherwise suggest he wasn’t an orphan.

Besides, as for his ethnicity, Eddie has reportedly Asian roots and belongs to an American nationality. However, if we pay attention to his last name, “Ibanez” it kind of gives a hint that he belongs to a Spanish belonging nation.

On the other hand, Eddi’s ex-wife Jackie Ibanez was born in November 1984, in Logan, Utah.

Talking about his education, he studied at New York Military Academy, shortly after his mom withdrew him from Ziegler Elementary School in Frankford. After that, Ibanez graduated from the Massachusetts Institute of Technology.

Besides, Ibanez is also bilingual and can speak the Spanish language fluently.

Well, how unfortunate it is to know that Eddie had been lying all his life. So according to Eddie, soon after his education, he went on to work for a government agency. At the time, the tricky hacker helped to develop software that reverse-engineered the exact location of terrorists.

However, seems like everything that he said was false. He himself admitted that he had never gone overseas while working for the agency. Previously, he had claimed he went to Iraq during the US invasion in 2003.

What’s more, Eddie also said that he was a visiting associate professor at the Stern School of Business at NYU and held multiple degrees.

When did Eddie Ibanez and His Ex-Wife Jackie Ibanez Get Married?

The former flames tied the knot a decade ago. Both of them have kept their love lives closely grounded. Thus, we have yet to find out the precise date of their wedding. According to online sources, the two first met at a church. They were in a relationship for some time before they tied the knot.

The two led a happy relationship for several years before their marital relationship started falling apart by the late 2010s. They were seen together until 2017 as Jackie even posted an adorable bracelet photo which was gifted by her hubby Eddie on the occasion of Valentine’s Day 2017.
As per some online tabloids, they went their separate ways back in 2019.

Shared Three Children With His Ex-Wife

Eddie is the proud father of three kids he shared with his ex-wife Jackie. The exes welcomed their first child, a daughter Dakota in 2012. Their second child, a daughter J.J. was born on 24th September 2015. The baby girl weighed 7 lbs 13 oz at the time of birth. Eddie Ibanez’s wife announced the news via Facebook with a photo holding closely her baby girl on 26th September. The baby’s mama also took a four-month maternity leave at the time.

Jackie gave birth to their third child, a son on 19th December 2017. His weight was 8.12 lbs and was 22 inches long at the time of his birth. She announced her third pregnancy by posting a number of baby bump photos in July of the year.

Who is Eddie Dating After His Divorce From Jackie Ibanez?

Eddie has remained tight-lipped about his dating life since his divorce from Jackie. He is neither active on any social media handles. So, things become more complicated to find out if Eddie is dating someone at present or not.

On the other hand, his ex-spouse Jackie is in a delightful relationship with a guy named Jason. The two started dating back in September 2019. Celebrating their one year anniversary, Jackie shared a couple of photos with her new partner with the caption,

“This year would not have been possible without this guy, his big smile and even bigger heart. Happy one year anniversary, JWT.”

What is Eddie Ibanez’s Net Worth?

Ibanez has collected quite a good amount of money from his business career. His net worth is $500,000 as of 2022. On the other hand, his former spouse’s estimated fortune stands at $1 million.