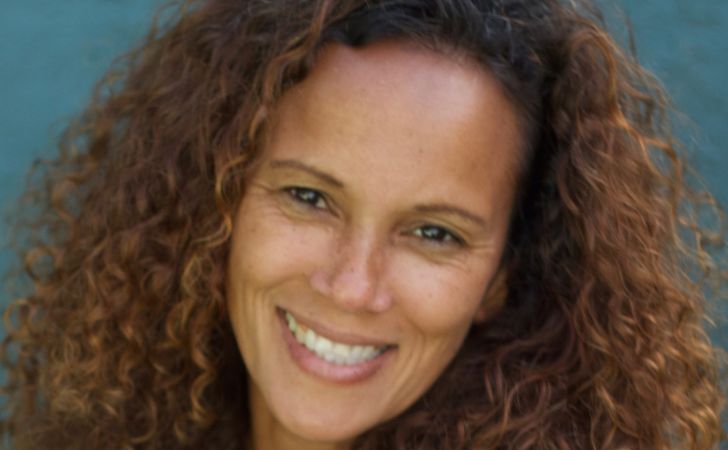 Felicia Forbes is widely recognized as the wife of late Hollywood actor Tom Lister Jr., aka Thomas “Tiny” Lister Jr. Though she is not professionally linked to the film industry, Felicia has maintained a decent identity in the media. And the credit primarily goes to her actor-husband.

Besides, she was also a mother of a daughter with Tom. While she shares a great bond with her only child, her relationship with her late husband already had come to an end before his death. That being said, her married life was not always the same.

Aside from her personal life, Felicia leads a decent career and leads a beautiful life. Here, find out about her parents, age, and all the details about her.

Talking about her parents, her mother, Katie Holmes, passed away in June 2020. But not much about her father is out yet.

A lot of friends and family members of Felicia poured their condolence on the death of her mother.

As of 2020, Felicia is a Human Resources Business Partner at ABM AVIATION, INC. She is working with ABM AVIATION, since November 2018.

Marital Relationship with late Husband Tom Lister Jr: They had separated before his death

Felicia was in a marital relationship with an American character actor Tom Lister Jr. However, as of early 2020, the couple had already separated and on December 10th, 2020 her spouse passed away.

In a police interrogation concerning his personal issue in 2019, the Friday actor revealed that he had already separated from his wife Felicia. He also mentioned that they are, however, not divorced yet.

Felicia, who is originally from Cape Town, South Africa, has quite a beautiful wedding. They tied the knot in 2003 in her hometown of Cape Town.

The ceremony was held at the home of South Africa construction developer Faik Haroun and his wife Malie. Pastor Wayne Meyer of His People Christian Church officiated the nuptial.

Talking about his marriage, Tom told the Jet magazine said that he always wanted a wife like Felicia, who has a deep belief in Christ. He also mentioned his parents for his belief in God and the love he has for his wife and family. He said,

Life is an amazing blessing because of the love I have for my mother and father Tommy and Mildred Faye, who have been married for 48 years, whose love for me is the love that I have in my life now for god and my wife.

When and Where Did Forbes and Lister Meet?

Forbes met Lister in January 2003 in Cape Town where he was working for his movie Blast. The two dated for a while before they walked down the aisle the same year.

From her married life with Thomas “Tiny” Lister Jr., she has a daughter named Faith. Their daughter was born in 2008 and she is 12 years old as of 2020.

Both Felicia and Tommy were close to their daughter. Besides, Felicia loves to share her daughter’s pictures on her social media handles.

Not only Felicia but her deceased partner Tom too used to share beautiful photos together with Faith on his Instagram.

Like any father, he had an incredible bond with his kid.

Check Out: Instagram Bikini Model You Will Love To Watch

Lister was a Successful actor: Passed away in December 2020

Felicia Forbes’s husband Tommy was a successful actor and a professional wrestler as well. Lister began his career as an actor in the 1985 film Runaway Train, where he played a character named Jackson.

He is widely recognized for his character Deebo in the 1995 film Friday. Some of his most successful movies include Barb Wire, My Baby’s Daddy, Hickey, Busy Day, and many others. Some of his TV works include Enterprise, The Cleveland Show, Moesha, Walker, Texas Ranger.

Talking about his death, he passed away at the age of 62. Authorities stated he died of natural causes. Initially, his associates became worried when they didn’t hear from him for the past couple of days.

What Is Felicia Forbes Doing After Husband’s Death?

Tommy Lister’s widow Felicia has not been heard from since his death. She has not made any public appearances. Also, since she is not on any social media platforms, there are no updates on her whereabouts.

It looks like she prefers to away from all the media and limelight. Anyways, we hope, she is leading a beautiful life at present, away from glitz & glamour.

Where Is Felicia Forbes Now?

Since the death of her husband, Felicia has mostly avoided media attention. In fact, she has avoided public appearance for a while now. Moreover, she is also not on any social media platforms, be it Instagram, Facebook, or any other platforms. Thus, it is pretty difficult to track her whereabouts in the present.