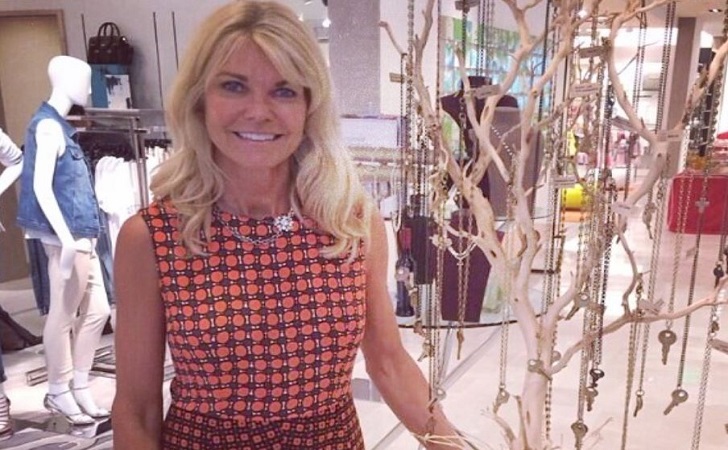 Jennifer Montana is a successful model, actress, and jewelry designer. She has appeared in some successful TV series that include Home & Family, Adventures with Kanga Roddy, and numerous others. Along with her professional endeavors, Jennifer is also famous as the wife of former American footballer Joe Montana.

With her husband, she is the mother of four children. In fact, she shares a great relationship with all her children. How is her marital relationship? What is her net worth?

Here, we are going to explore some untold details of her personal and professional life.

Who Is Jennifer Montana?

She belongs to American nationality and comes from a mixed ethnic background. But unfortunately, she has not revealed any details about her father or mother.

Jennifer Montana Is A Successful Actress And Model

Not many know, but Jennifer Montana is an actress and a former model. As a model, she became part of several commercials and also appeared in many successful TV series.

She made her debut as an actress back in 1998, where she appeared in a TV series named Adventures with Kanga Roddy. In the series, she played a character named Miss Lisa in 39 episodes from 1998 to 2000.

Similarly, in 1999, she became part of a TV special, Sports Illustrated: Swimsuit ’99. Later in 2016, she made guest appearances in two different talk-show namely Hollywood Today Live and Hollywood Health Report. Her latest TV appearance was in 2017 in the talk show named Home & Family.

She Currently Works As a Jewelry Designer

Apart from movies and TV works, Jennifer is also a jewelry designer. As a designer, she also is the founder of Jennifer Montana Designs, where she designs a range of jewelry. She founded the company in September 2013. It has been over 7 years since she is running the company.

Similarly, Montana is also a freelance painter and artist. She also creates ceramic-based products as a freelancer. She has been working as a freelancer since October 2009 and it has been over 11 years now.

Besides all her artistic endeavors, Jennifer is also a philanthropist. She often donates a significant amount of money to different charities. In fact, her owned Jennifer Montana Designs is dedicated to providing employment to the economically unprivileged. Not only this, but she also donates 80% of the net profit from her company to charity.

Like we mentioned earlier, Jennifer is the wife of former NFL quarterback Joe Montana. The couple tied the knot in 1985, after dating for some time. They met for the first time as they worked together in the commercial of Schick razor. Their first meeting soon turned into a romantic affair.

Well, years later, Jennifer revealed in an interview with Yahoo that Joe asked her to marry him on a check in a restaurant. As per her, he wrote,

Jen, what would you say if I asked you to spend the rest of your life with me?

Soon after that, he officially asked the question in the most interesting way. He reportedly asked one of a plane pilot to fly with a banner that said, “Jen, Will you marry me?”

And as we can see, the rest is history. The couple is now married for over 35 years.

She Is The Mother Of Four Children

From her marital relationship with Joe, Jennifer is a mother of four kids. Her first child Alexandra Montana was born on October 10, 1985. Their second child, again a daughter named Elizabeth was born a year later on December 20, 1986. Their third and fourth kid, Nate and Nick were born on October 3, 1989, and April 28, 1992, respectively.

The couple shares a great relationship and all her kids are already grownups. Both her sons have followed the path of their father as a football player.

On September 26 of 2020, an unknown woman tried to kidnap Jennifer’s nine months old grandchild. As per the reports, the woman named Sodsai Dalzell broke into their Malibu home on Saturday evening at around 5 and tried to nab the kid.

As the lady held the kid, Jennifer confronted her and tried to take control of the situation, and asked the suspect to hand over the child. After that, she took over the baby from the hand of the accused 39-year-old kidnaper. After the incident, the LA police in a statement said,

A tussle ensued and Mrs. Montana was able to safely pry the child out of the suspect’s arms

Sodsai, who had already fled handing over the baby to Jennifer was caught later by Lost Hills Sheriffs. She was then charged with kidnapping and burglary. Joe even thanked everyone later who reached out to help him in a Tweet. He wrote,

“Thank you to everyone who has reached out. Scary situation, but thankful that everybody is doing well. We appreciate respect for our privacy at this time.”

Is Jennifer Montana On Social Media?

She is not officially on any social media platforms but she runs an Instagram account of her company named Jennifer Montana Design. She has over 1600 followers on the page. Similarly, she also has an unofficial Twitter account in her name.

She apparently keeps most part of her life away from the socials and lives a private life.

As a successful actress and businessperson, Jennifer makes a great deal of money. If sources are to be believed, she has a net worth of over $80 million.

On the other hand, her husband Joe is worth around $100 million as per Celebrity Net Worth.

Is James Roday Married? Who Is His Wife? His Love Life