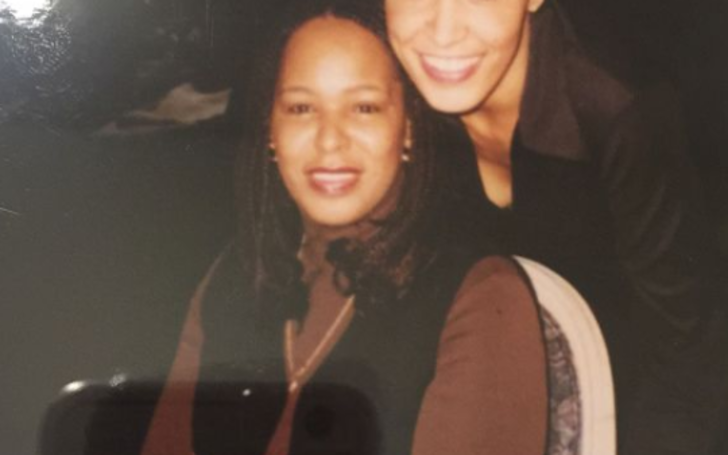 Barbara Smits is the late ex-wife of actor, Jimmy Smits who is is best known for playing attorney Victor Sifuentes on the 1980s-1990s legal drama L.A. Law, NYPD Detective Bobby Simone on the 1990s police drama NYPD Blue.
Smits used to work at Cornell Cooperative Extension-New York City (CCE-NYC). She was with the company for 29 years.  At the time of her death, she was 54 years old.

It’s been over ten years since Barbara left the world. Take a look at the woman’s life; her career, married life with her actor husband, their divorce, and her children. Also, know how she is being remembered by her family.

Barbara Smits Was With The Cornell’s Extension Faculty

Barbara Snitts was born on November 27, 1955. The former daughter-in-law of Cornelis and Emilina Smits studied at Ithaca College (enrolled in 1981). As mentioned Barbara worked at Cornell Cooperative Extension-New York City.

Smit came to New York City in 1982 to work for the 4-H Program. She then became executive staff assistant for the Environmental Issues Program Area. In 2004, the former wife of Jimmy Smits became assistant to the executive director of CCE-NYC.

In her honor, the extension created The Barbara Smits Service Award.

Smits and Jimmy were together since high school. When they had their first child, Barbara’s former husband, Jimmy had been doing Shakespeare and all the classic stuff. He had also left the football team at Brooklyn’s Thomas Jefferson High School to join the drama.

Barbara’s spouse got his big break in acting when he took on the role of Attorney Sifuentes in the first seasons of L. A Law that numbered up to five. He also landed several gigs in other hit series like The West Wing, Pee-wee’s Playhouse, Sons of Anarchy, and Dexter. Jimmy also featured briefly in the Star Wars prequel trilogy.

The Brooklyn-born actor’s career shone further with his role as Detective Bobby Simone in ABC’s NYPD BLUE which the TV series actor was a part of from 1994 to 1998. For portraying Bobby Simone, he earned the HOLA awards of excellence. He also received the 1990 Emmy for outstanding supporting actor. Jimmy is also a two-time winner of the ALMA Awards.

The Reason Behind Barbara And Jimmy’s Divorce?

Smits’ husband who was then still on the popular NBC television series ‘L.A. Law’ filed divorce papers in October 1987 in Los Angeles Superior Court. Barbara’s ex then cited the reason as irreconcilable differences. The courts’ document said they stated living separately since March 15, 1986.

The Brooklyn College graduate and his publicist described the proceedings as ‘amicable, under the circumstances.’ At the time of divorce filing, Barbara was living in Brooklyn, N.Y., with her two children

During their marriage, Barbara and Jimmy became parents to two children, Taina, born, 1975, and Joaquin, (b. 1983).
Amidst the divorce, Taina was 13, and Joaquin was 3. The papers filed indicated that the actor didn’t seek custody of the two children.
Her daughter, Taiana works as a theatre arts teacher at Glasgow Middle School in Fairfax County, Virginia. She is now in her mid-40s. Taina is married to a guy named, Bo Beasley and has a daughter of her own, Tyler.

During The Divorce, Barbara’s Husband Allegedly Had A Fight With Police

The following month of Jimmy’s appeal to divorce, he had a schedule for arraignment in November 1987 along with a girlfriend, Wanda DeJesus (1986 to present). The authorities detained him on charges stemming from an alleged confrontation with police who had reached his West Los Angeles home after a local woman called them suspecting domestic violence.

Three officers came to respond to reports of a lady screaming for help from Smits’ house. As the police reached the place Barbara’s ex and DeJesus allegedly attacked them. Initially, the court decided to drop the charges because of conflicting witness statements. They, nonetheless, later pleaded guilty to the misdemeanor of disturbing the peace.

The ex-wife of Hollywood Walk Of Fame, Barbara Smits died on April 16, 2010, from complications of pneumonia. Her daughter, Taina never misses mentioning and paying tribute to her.

Be it Barbara’s birthday or mother’s day, Jimmy’s daughter makes sure she pours out her love for her late daughter. Taina admits she often has a bittersweet day knowing her mother isn’t physically by her side.