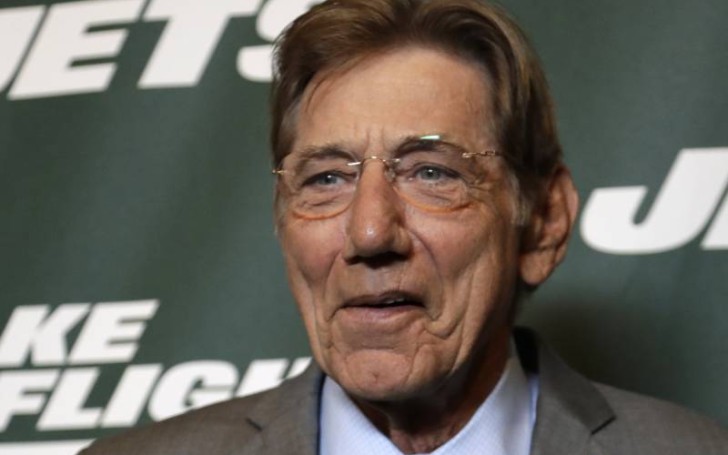 There aren’t many veteran NFL players who are as famous Joe Namath. Nicknamed “Broadway Joe” the retired football player has also tried his hands in the field of acting as well.

But we all know about his professional life. His personal life is something that intrigues many of his fans. Speaking of which, the 77-year-old was once married however it fell apart sometime later. From the union, he became a father as well.

Now after his divorce, is he in a new relationship? Who is Joe Namath’ wife now? Let’s find out all the answers here and also take a look at his past relationships in detail.

Who is Joe Namath’ wife? In a new relationship?

As of 2020, Joe is not in a new relationship. He is living a reclusive life, out of the media for several years. Nowadays, he spends his time playing golf and hanging out with friends & family, something he missed at the height of his career.

He resides at his 1.5 acres Tequesta, Florida house. His house has four bedrooms, three bathrooms alongside a boat dock, and a swimming pool. Moreover, the Tequesta locality also offers a private 18 hole Golf Course.

We can say the man is relaxing now. He has even stopped broadcasting, still, Namath runs the football camp which he initially set up with John Dockery in Massachusetts.

Joe’s one and only marriage with ex-wife Deborah Mays

On November 7th, 1984, Joe tied the knot with his girlfriend of several years, Deborah Lynne Mays. The private wedding ceremony was held at one of Deborah’s friend’s backyard in Coral Ridge Country Club in Fort Lauderdale, Florida. The poolside nuptials had dozens guests.

At the ceremony, Joe looked dapper in a gray pinstripe suit. On the other hand, Deborah wore a calf-length lace and silk white dress along with a pink sash around her lips and an orchid in her beautiful blonde hair.

Joe met Deborah whilst voice lessons in the early 1980s

Namath met his now ex-wife for the first time in the early 80s. At the time, Joe had decided to join a voice coaching class taken by the renowned vocal coach, Arthur Joseph. Coincidentally, his future wife Mays was also taking classes at the same institute.

While the veteran football star was just starting his class with Arthur, Deborah was already at the end of her lessons. Arthur had known Mays for a little while and she even told him about her marriage plans. In Joe Namath’s biography, Arthur said, “It was a visions of hers. She wanted to marry a football player. “

Thus the voice coach decided to introduce them to each other.

Meanwhile, Arthur’s wife Rebecca was against the idea of introducing Deborah then 20, whom she considered a child, to a grown-up man like Joe who was in his 40s.

Nevertheless, Arthur knew they were soulmates so he decided to take the chance. The next day, right after their introduction, Joe called May and they started dating.

After about a year into their marriage, Joe and Deborah welcomed their first child, a daughter. They named their first-born Jessica Namath. Subsequently, several years after her birth, Joe became a father again when baby Olivia Namath came into their life on December 11th, 1990.

Now talking about his daughters, Jessica graduated from the University of Alabama, the same college Joe also attended. Later on, she married a guy named Brian Kennedy with whom she shares one son. Their wedding fell apart and she filed for divorce in August 2019.

Apart from Jessica, Joe’s youngest Olivia is also a mother of one child, whom she gave birth at just the age of 16. She was studying high school when she became pregnant. Moreover, Olivia was once arrested by the authorities at Palm Beach over marijuana and underage drinking charges.

Joe and his wife Deborah divorced in 2000

Several years into their marriage and Joe’s spouse started to feel a bit bored and decided to separate from Joe. She moved away from Namath’s house in September of 1998 and stayed in California During her stay in California, she’d fallen in love with the surgeon Brian Novack.

Talking about moving out and boring relationship, Deborah, who legally changed her name to May Tatiana Namath in July 1993, told Sun-Sentinel in 1999, “We have two beautiful daughters, but finally I had to tell Joe the marriage wasn’t working for me. I was bored. I’m in love with Brian. He’s different from Joe. He’s very sensitive.”

In addition, she also mentioned how life in Florida was one of the reasons she felt bored. She stated, “Joe loves being out on the golf course all day, or watching sports on TV, while I love museums, art galleries, and the theatre. Florida was too boring for me.”

Joe officially filed for divorce on March 19, 1999, one year after their separation. Their divorce finalized in 2000 and he won the sole custody of his two daughters. The New York Jets player raised both of them all by himself while their mother used to visit them sporadically.