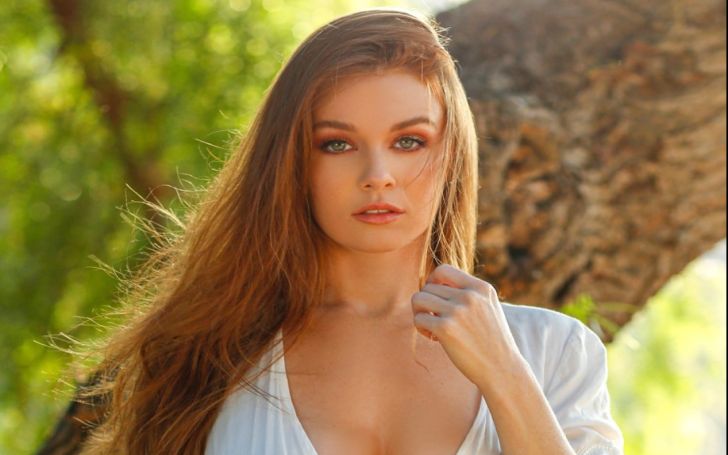 Leanna Decker is a famous American adult model and is also known for being the Playboy model of 2012. Having established herself as a successful model, she has appeared on the covers of a lot of magazines and has modeled for many brands.

Moreover, the influencer also flaunts a huge following on social media platforms like Instagram and TikTok. No doubt, with all this fame, she has also maintained financial stability, but what about her love life? Is the model married? Does she have children?

So, let’s dive deeper into the life of Leanna Decker to find answers to the questions mentioned above. Let’s begin.

The Instagram star and model Leanna Decker was born on August 31, 1991, in Ashland, Kentucky, USA. Her zodiac sign is Virgo. As of 2022, she is 31 years old. However, the model hasn’t shared any information about her parents.

Talking about her nationality, she is an American & is Caucasian when it comes to her ethnicity.

Leanna Decker Has A Successful Career as a Model

The famous social media star Leanna started her career as a model at a very young age. In the beginning, she posted her pictures on Model Mayhem with the help of a local photographer. Because of her beauty & modeling skills, she easily gained recognition and soon began her modeling journey professionally.

Over the years, she has modeled for RSVLTS which is a clothing brand and has made headlines on the cover of many popular magazines. She is also the brand representative of Nitto Tire since January 2017.

As of now, she is a yoga instructor & has been constantly working from December 2020 to the present.

Leanna’s Relationship Status, Is She Married?

Many of her fans are curious to know whether or not the beautiful model is in a relationship. So, is she dating a boyfriend or already married? Well, if reports are to be believed Leanna is dating a man named Michael Waltrip.

The news about her relationship came to the media after she shared a post on her Instagram on Valentine’s Day ie, February 14, 2021, with a person thanking him for being in her life. In the Instagram post, she wrote a lengthy message where she expressed her love for her partner and thanked him for being by her side.

Talking about Leanna’s rumored partner Michael, he is a retired American professional car racing driver, author, and commentator. Throughout his career as a racer, he has won multiple races including 1996 The Winston Select, 2001 and 2003 Daytona 500, along with 2002 and 2005 Gatorade Duel.

Apart from his racing career, he has been working as a commentator for NASCAR airing on Fox since 2015 and has also made a guest appearance as a referee on December 2, 2019, in an episode on WWE Raw.

Leanna Decker is the Proud Mother of a Child: Who Is Her Child’s Father?

As we said, Decker is a mother of a child. The social media sensation revealed her pregnancy on April 7, 2021, and since followed it up with numerous photos showing off her pregnancy journey.

Leanna finally gave birth to her first child on October 14, 2021. She shared a photo of her child on Instagram saying:

“The moment I laid my eyes on you was the moment I’ve waited for my entire life. I already can’t imagine life without you and can’t wait to witness the Lil human you turn into. Mommy and Daddy are yours forever baby, welcome earth-side our son.”

So, who is the father of her son? Considering the fact that she has been together with Michael for a while, he is the possible father of her kid. Well, on April 7, 2021, she shared a post on her Facebook where she posted a photo of a man with “Daddy 2021” printed on his T-shirt. However, she did not reveal the face of her child’s daddy.

She along with her kid currently live in their beautiful home in Miami Beach, Florida, the United States.

She is a famous model and is estimated to have a net worth of $1 million which Decker has accumulated from her career as a model, and yoga instructor. She also has a website where she sells photos that cost a minimum of $20.

Similarly, her rumored boyfriend Michael Waltrip is estimated to have a fortune of $35 million which he has accumulated from his career as a racing car driver, commentator, and author.

She is active on many social media platforms and has a huge fan following. Decker is on Instagram (leannadecker_) with 703K followers. Similarly, she is also on Twitter (@leanna_decker) and Facebook (Leanna Decker) with 118.4K and 206k followers respectively. She is also active on TikTok (@leannadecker) with 9.6K. The beautiful model’s fan following doesn’t seem to slow down and we wish her the best of luck in her future.