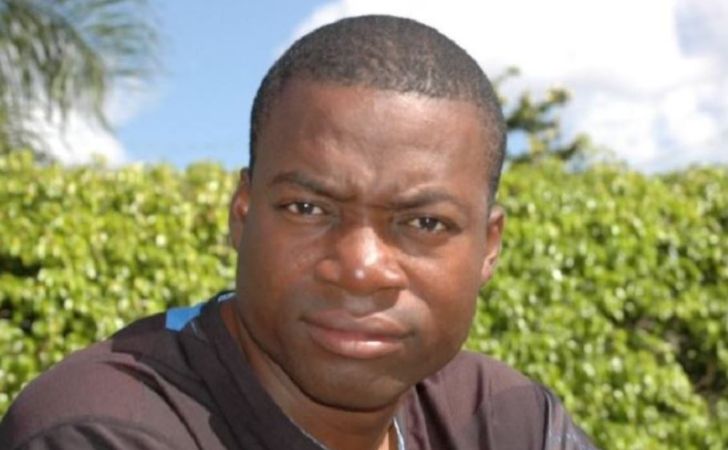 Leonard Francois is the father of the former world no 1 female tennis player, Naomi Osaka. Francois is a coach who helped his daughter Osaka learn tennis from childhood.

Additionally, he and his Japanese partner helped shape their daughter, Naomi Osaka’s tennis career, as well as her life off the court, helping her win four-time Grand Slam singles champion.

Francois raised her to excel at tennis and follow the trajectory of greats like Serena Williams or even beat her in an iconic manner. Osaka has a super-close relationship with her mom, Tamaki Osaka, and her father, Leonard Francois.

Here’s a piece discussing the man behind the first Japanese player to win a Grand Slam singles title.

Leonard Francois Is Haitian By Birth

Francois was born in Jacmel, Haiti. His full name is Leonard Maxime Francois. His parents spoke no English. They were of Haitian Creole.

People close to Francois describe him as a taciturn man and he allegedly had experienced some level of baseball during his early years.

Osaka’s father, Leonard Francois who stands around 6ft tall is believed to be in his late 40s. The four-time Grand Slam singles champion’s father is still to talk in detail with respect to his birth and his parents. He, however, celebrates his birthday on 1st December.

Francois is a married man. He is married to his wife, Tamaki, a resident of Nemuro, Hokkaido, Japan. Francois met her when he was visiting Hokkaido as a college student from New York University.

Tamaki was then in high school while her future husband was in college. The two dated in secret for years. After her family knew, they didn’t speak to her for about a decade and a half. Tamaki’s family reconnected with their daughter only in 2008.

Francois was among the early wave of foreigners coming to Sapporo around 1990.

Tamaki’s Family Were Against Her And Leonard Francois’ Relationship

As per the reports, Francois had to undergo a lot of trouble marrying his now-wife Tamaki, simply because he was black. At the time, Leonard was then one of only a handful of black men in all of Hokkaido.

And at the meantime, as per Tamaki, her parents were already in the matchmaking process that would lead to her arranged marriage.

But after her heritage knew she was dating a foreigner who also happened to be black, her father erupted in outrage. He then excoriated her for bringing disgrace to the family. The coastal town of Nemuro then still followed Tokugawa’s decree from the 1630s — to maintain a racially pure Japan.

After the fallout, the couple moved south to Osaka. There they improved their Japanese and found work. They also became parents to Mari. 18 months later they had Naomi. They welcomed Naomi while still in Osaka. Mari was born in 1996 and Naomi in 1997.

The couple, when Naomi was 3, moved to Long Island to live with Francois’ family.

Then in 2006, Leonard along with his wife and children moved to Florida in order to give his daughters better training opportunities.

Their eldest daughter, Mari was a tennis player until March 2021. Announcing her retirement, Naomi’s sister wrote,

“I am retired from playing tennis. It was a journey which I didn’t enjoy ultimately but I’m grateful for all the memories and support I’ve gained and received over the years from the sport.”

Mari quit tennis because of several injuries she faced throughout her career.

Why Leonard Francois Didn’t Give His Last Name To His Daughters?

Francois and his wife, Tamaki gave their two girls the latter’s family name for practical reasons when the family lived in Japan.

It was primarily for enrolling in schools and renting apartments. But as Leonard’s daughter grew up in America, their name would become a constant reminder of the homeland that they would one day represent.

What Led Him To Teach Tennis To His Daughters?

Leonard says he was inspired by the Williams sisters’ father, Richard Williams to teach tennis to his own daughters. He had watched the Williams girls compete at the 1999 French Open. Having little experience as a tennis player himself, he sought to emulate how Richard trained his daughters to become two of the best players in the world.

In an interview, François said “the blueprint was already there. I just had to follow it.”

It was during one evening in 1999 when his girls were just toddlers. He heard Venus and Serena Williams, then 18 and 17, teaming up to win the doubles title that year.

He thus began coaching Naomi and Mari once relocating to the United States. The former was then three.

After moving to Long Island, he got access to a gym and free public courts and was able to initiate his plan to train his daughters in earnest. With the help of instructional books and DVDs, he made the girls hit hundreds, then thousands, of balls per day.

Why Leonard And His Wife Decided Naomi Would Play For Japan?

Although Osaka grew up in the United States, Francois and his wife decided she and her sisters would represent Japan. They explained, “We made the decision that Naomi would represent Japan at an early age. She was born in Osaka and was brought up in a household of Japanese and Haitian culture.”

The coach and his wife explained Naomi and her sister Mari always felt Japanese and that was their only rationale. The Haitian-Japanese couple added the decision was never financial and admitted they didn’t concur to any national federation’s offer.

He Helped His Daughter Become The Highest Paid Female Athlete Ever

Osaka then-No. 3-ranked surpassed Serena Williams as the highest-paid female athlete in the world back in 2020. She additionally has — deals with brands like Nike, Sweetgreen, Barbie, and Nissan, among many others.

Noami’s earnings in 2020 were $5.1 million on the court and $55 million off the court. She was just behind Roger Federer who made over $90million alone off the court in 2021.

Worth mentioning is the fact that Osaka is one of the world’s most marketable athletes, having been ranked eighth among all athletes in endorsement income in 2020.

Does He Still Coach His Daughter Naomi

While Francois still follows his daughters’ training and watches her almost every shot, Naomi has made it clear that he might not be his mentor anymore.

In an interview she revealed,

“He’s always there, you know. But I don’t think he can handle it.”

She added her father doesn’t like watching her matches and thinks it stresses him out. The now 24-year-old tennis star also said although her dad takes the coaching role very seriously, it’s a long-term thing for him.