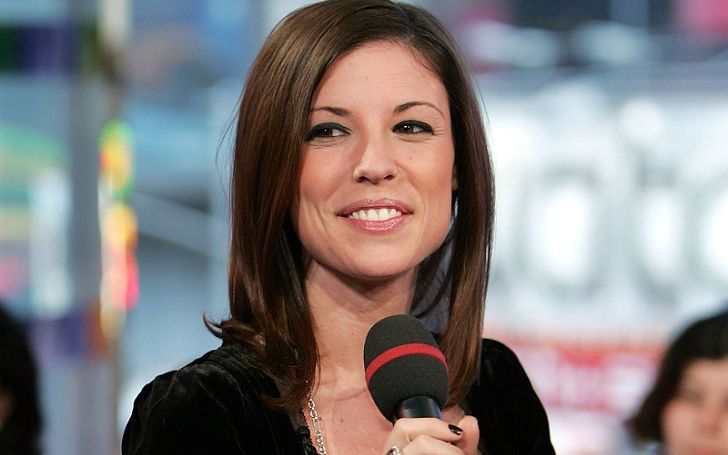 Missy Rothstein (aka Melissa Rothstein) is one of the multifaceted personalities, who has a great career in acting and modeling. She is an accomplished photographer too. But, Rothstein gained major fame as the wife of Bam Margera.

Like her, Missy’s ex-husband Bam is also a multi-talented guy who has built a highly successful path as a stunt performer, filmmaker, and skateboarder. The former flames married for years before things started getting worse and worse because of Margera’s alcoholic inclination.

Take a closer look at Bam Margera’s ex-wife Missy’s personal and professional life! We will also know if she married again after divorcing her ex-husband Bam.

Where is Missy Rothstein From? Her Early Life and Education

Rothstein is from Springfield, Pennsylvania. Born on 3rd June 1980, the actress was reportedly raised by her single mother, Marian Rothstein. The details of her father never came to the media.

Talking about her education, Missy attended West Chester High School. She then went on to enroll at Pennsylvania State University and earned a bachelor’s degree in communication.

Besides, Rothstein is an American as per her nationality and has a Caucasian ethnicity.

Meanwhile, Bam is the son of April Margera and Phil Margera. He has one brother named Jess Margera.

Missy Rothstein Relationship with Bam Margera: How did they meet?

Several online sources suggest that the couple first met while they both were at West Chester High School. But, they didn’t start dating at the time, instead, remained good friends for a long time. But, gradually their friendship turned into undeniable chemistry.

Back in early 2007, Margera opened up to The New York Times about his unexpected engagement with his then-girlfriend Missy. He said that the duo was shopping at the Cartier store in the King of Prussia Mall when they found out a diamond engagement ring that perfectly fit in Rothstein’s finger. As soon as they discovered a ring, Bam decided to propose to Missy on the spot.

Well, Missy and Bam tied the knot on 3rd Feb 2007. They organized their wedding ceremony at the Loews Hotel in downtown Philadelphia. They walked down the aisle in front of several guests such as Tony Hawk and Wee-Man, a stunt performer and television personality.

Their stunning wedding was also documented on the reality show Bam’s Unholy Union. Talking more about the wedding, Margera told tattoo artist Kat Von D about his $13,000 lost in damages during the commemoration of his marriage. He said,

“I was kind of ready for it, though. I was like, ‘I’m inviting the Jackass crew. If something doesn’t get broken then that’s not right.”

Missy and her then-husband Bam went to Dubai to celebrate their honeymoon.

They Inked Tattoos After Getting Their Marriage License

To celebrate their marriage license with indelible pigmentation, Rothstein and Margera visited the X-Treme Ink Tattoo Parlor and they both inscribed two different tats on their body. Margera inked a tattoo behind his lower lip that features “Dr. J.” It is the nickname of the former professional basketball player, Julius Erving.

On the other hand, Missy inked the art of the number 313. It denoted the area code for Detroit, from where they purchased their wedding bands.

The ex-duo was in a happy marital relationship for years before they divorced.

Rothstein and Margera went their separate ways after they were married for over five years. The reason for the downfall of their marriage is speculated to be Bam’s alcoholism. Back in July 2009, the stunt performer was rushed to the hospital by paramedics and state troopers. According to Missy, who called 911 at the time, that her husband was in a four-day dirking binge. In the meantime, Margera said,

“I may get a divorce… booze helps.”

The following October, Bam told the veteran radio and TV personality, Howard Stern, that they started living in separate cities. Margera also revealed that his then-wife knew about his girlfriends, one in San Francisco and another one in West Chester.

They eventually divorced in November 2012. Soon after their split, Missy took to Twitter to announce the news and wrote,

Missy Rothstein Life Post Divorce: Is She Dating Anyone?

Rothstein has kept everything about her love life behind closed doors. Following her separation from Margera, Missy is not dating anyone publically. Several online outlets suggest that the actress relishes a single relationship status.

In the meantime, her ex-spouse Bam is in a matrimonial relationship with Nicole Boyd since 2013. The two also have a son, born on December 23, 2017. He was previously engaged to Jenn Rivell.

Missy Rothstein Career: Is an Actress and a Model

Missy began her acting career with the role of Beth in the video Haggard in 2003. She then appeared in a TV series Viva la Bam and Howard Stern on Demand. Her other TV works include Bam Margera: Serious as Dog Dirt and Bam’s Unholy Union.

In addition to her acting, Rothstein also did modeling in the past. While shooting Bam’s Unholy Union, the Playboy approached her and Bam to pose nude as a guest photographer.

Margera has racked a good amount of money from her works. She has an estimated net worth of around $1 million. Besides, Bam’s fortune stands at $20 million. His major source of income is his works as an actor, producer, and stunt man. He currently resides in Chadds Ford, Pennsylvania.

Other Quick Facts of Missy

Who is Asia Macey? The Untold Truth of Ed Speleers Wife