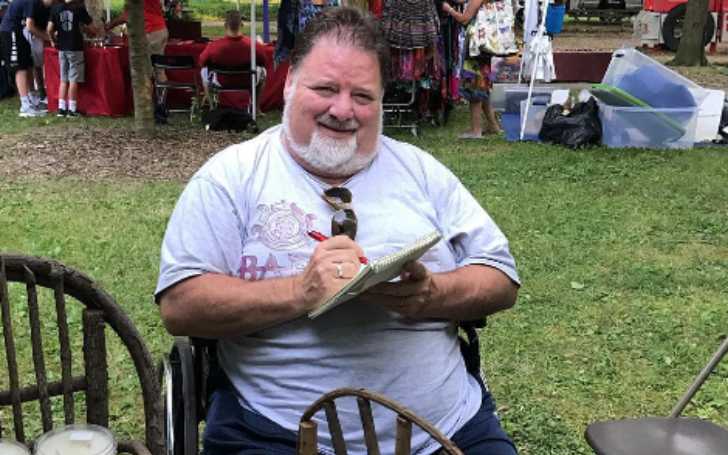 Phil Margera is an American reality television personality who shot to fame after his appearances on Viva La Bam, CKY videos, and Jackass TV series and movies. Besides, he is also popular as the father of CKY drummer Jess Margera and Jackass star and professional skateboarder Bam Margera.

This might be surprising for many of you but before starting his career as a reality star, he was a baker. Meanwhile, his wife is also an actress who has starred alongside him in most of the series and movies. In fact, she is also a businesswoman. The couple are together for decades now and seems happy together.

So, when did Phil marry his wife? What are his children into? Read the subheadings below to find out all the details about Bam Marger’s dad, Phil Margera. Also know about his siblings, weight loss, net worth, and many more!

Phil Margera Early Life: Where did he spend his childhood?

Phil Margera was born Philip Ron Margera on July 13, 1957. He was born and brought up in Concordville, Pennsylvania, USA.

Talking further about his early details, he holds American citizenship and belongs to a Caucasian ethnic background. In addition, his ancestry comes from Italy. Since Margera came to the limelight during his 40s, not much about his childhood is known.

Meanwhile, the celebrity father belongs to a well-to-do family. He is an educated person who completed his graduation in 1974 from Chichester High School, Boothwyn, PA. Prior to this, he enrolled in a local school in his hometown for his primary education.

What is Phil Margera’ age?

Phil Margera’s Parents And Siblings; His Dad Was Also An Actor

The Viva La Bam star was born to his mother Darlene Stauffer and father Philip Margera Sr. His father was also an actor who starred in series like Minghags, Bam’s Unholy Union, and Viva La Bam. The pair then became parents to seven children and he is the second child out of seven. Unfortunately, Phil’s mom has already left the world.

Phil’s brothers are Vincent Margera, Kevin Margera, and Pat Margera while his sisters are Darlene Orange, Ruthie Margera, and Belinda O’ Donnell. Most of his bros and sis including himself are in the entertainment industry following in his dad’s footsteps.

Yes, Phil and April are still happily married to each other. He met his lovely wife in West Chester when the actor then moved there from his birthplace. He wasn’t an actor when he met his spouse and used to work as a baker.

The couple then dated for some time and walked down the aisle in 1976. The lovebirds are now together for more than four decades and are still going strong. They both have a great sense of humor and are leading a happy life.

Following the decades-long nuptials, Phil and his wife are parents of two children. They have sons Jess Margera and Bam Margera. The brothers have an age gap of only a year as the elder baby was born in 1978 and the younger son was welcomed in 1979.

Looks like talent is in the Margera family’s blood as both the kids are also doing great in the same industry as him. Jess is an actor while Bam is a writer, producer as well as a director.

Saying that, Phil is now also recognized by his son’s name as BAMS dad which must be a proud moment for him. He even helps his son to look after his finances. Both the daughter and son share a beautiful bond with their mom and dad.

In fact, in one of the interviews when Bam was asked what he would do if Phil ran away with his money, he said his dad deserved the money.

Looking at his body size, anybody would say Phil’s body weight must have been an issue for him. But for himself, it was never like that, yet, he decided to lose some weight.

He started his journey when he signed for the second season of Celebrity Fit Club in 2005. At that time, Phil weighed 353 pounds and started working on his body. Surprisingly, he came down to 312 pounds losing 41 pounds, all during the show.

Bam’s dad claimed the reason why he wanted to lose weight was only that he wanted to extend his life. As he also has a granddaughter, he wants to spend more time with her.

What Does BAMS Dad, Phil Do For a Living?

Margera is an actor and a reality TV star who is still active in the industry and making money from it. Though his dad was an actor, Phil never thought of it as a career previously.

He started his profession as a baker but after debuting in Haggard in 2003, he flourished in his career. As of now, he is living a lavish life with his family and continuing his job. He is also helping his children in their profession, however, he can.

How Rich Is Phil Margera? His Net Worth In 2022

Phil Margera and April Margera has risen together in their career. They both are American TV personalities and Phil’s wife, on the other hand, has also published her own cookbook entitled “April Cooks: There’s an Alligator in my Kitchen.”

The husband-wife together has amassed a total net worth of $3 million in their career. The lovebirds have starred in movies like Viva La Bam, Jackass, Minghags: The Movie, Bam’s Unholy Movie, and CKY videos.