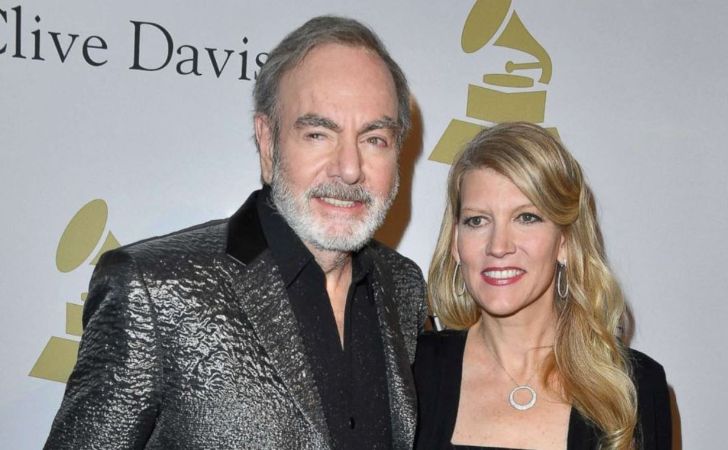 Katie McNeil is a successful American actress, TV personality, and producer. She is also recognized as the wife of American singer-songwriter Neil Diamond. Married to a famous husband, Katie has gained decent exposure and recognition in the media.

Apart from her successful married life, Katie is leading a successful career as well. Along with her appearances in several TV series as an actress, she has also produced some successful movies, documentaries, and TV shows.

Well, in this article, we are going to talk in detail about her career, marital relationship, and several other interesting facts about her.

Katie McNeil Was Born In The United States

American actress and TV personality Katie McNeil, aka Katie McNeil Diamond, was born in 1970 in the United States. She was born in a Christian household and spent her early years along with her parents. But unfortunately, she has not revealed much about her parents or any other family members.

Katie McNeil is The Wife Of Actor & Singer Neil Diamond

As we all know, Katie is currently married to Neil Diamond. The couple married in a very private wedding ceremony in Los Angeles in 2012. Very few friends and family members attended their wedding ceremony.

Before their wedding, Neil had announced their engagement earlier via a Twitter post. In a sweet post on September 7, 2011, he surprised everyone with the sudden news. He wrote,

Good news coming from sunny LA/ and you’re the first I want to tell/ Katie & I just got engaged/ and I hope you wish us well, I’m lovestruck

Good news coming from sunny LA/ and you’re the first I want to tell/ Katie & I just got engaged/ and I hope you wish us well. Neil

Well, now, it has been around a decade since Katie and Neil tied the knot, and the couple seems very much in love. Back in 2014, Neil came up with beautiful words about his marriage with his wife, Katie. He even stated that his 2014 album Melody Road was inspired by her. Let’s hear in his words,

There’s no better inspiration or motivation for work than being in love. It’s what you dream of as a creative person. I was able to complete this album – start it, write it and complete it – under the spell of love, and I think it shows somehow

How did Katie McNeil Meet Her Husband, Neil Diamond?

Katie met her husband Neil back in 2009 when she was an executive producer for a documentary named Neil Diamond: Hot August Night NYC. The duo has since been pretty much in love.

Later, McNeil even served as Diamonds manager for a long time.

Her Husband Is Married Twice Earlier

Katie is not the only wife of Diamond. Instead, he was married twice earlier, both of which ended in a divorce. The singer was first married to Jayne Posner. They tied the knot in 1963 but unfortunately divorced in 1969. The couple even welcomed two children from their marital relationship, Elyn Diamond & Marjorie Diamond.

Later, Neil married for the second time, this time to Marcia Murphey in 1969. But again, after being in a marital relationship for over 25 years, the duo called it quits in 1995. From their marriage, they have two children Jesse Diamond, & Micah Diamond.

As we mentioned earlier, Katie leads a successful career as a producer and is an actress as well. She has not only produced movies and documentaries but soundtracks for several projects as well.

She began her career as the co-producer of the 1998 TV movie Tonight at the House of Blues. Two years later, in 2000, she produced another TV movie Stone Temple Pilots: Freeview. The same year, she was the executive producer for the Video documentary House of Yes: Live from House of Blues.

Likewise, in 2003, she executive produced Heart: Alive in Seattle and a TV documentary series Check 1,2. The following year, she was the executive producer for Underneath Acoustic Live and TV special Suzanne Westenhoefer: Live at the Village.

Further in 2005, she co-executive produced Mötley Crüe: Carnival of Sins. Lately, in 2007 and 2009, she was the producer for The Bangles Return to Bangleonia and Neil Diamond: Hot August Night/NYC, respectively.

Apart from all the movies, she was also the soundtrack album producer for Van Wilder 2: The Rise of Taj in 2006.

Besides producing, McNeil also has her hands in acting. She has appeared in the documentary TV series Inside Out in 2005. Later in 2007, she played herself in the TV series Mission Man Band. The series stars the likes of Bryan Abrams, Rich Cronin, Chris Kirkpatrick.

How Much Is Katie McNeil’s Net Worth?

As a producer of some huge movies and TV series, McNeil has undoubtedly made some huge wealth. But when it comes to the exact sum, there are no details available so far.

On the other hand, her husband, Neil Diamond, is pretty wealthy with over $200 million in net worth, as per Celebrity Net Worth.