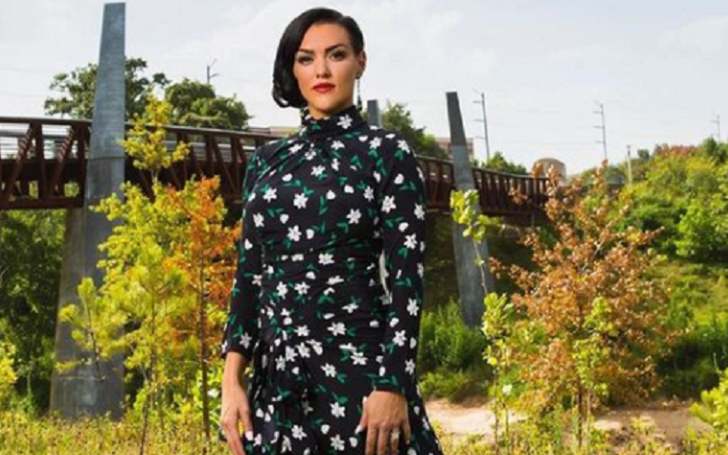 Megan Cushing aka Megan Ohai is a former powerful striker who played soccer while studying at the University of Southern California. While Megan was in the university, she came across her future-husband, Brian Cushing, a former USC linebacker who played for the USC Trojans football team for three years.

The couple was in a relationship for several years before tying the knot in the early 2010s. Megan also has three children with her husband.

In addition, Brian Cushing’s wife belongs to a family of athletes. Her sister Kealia, who has been married to J. J. Watt has a great career as a soccer player. Here are several things that you didn’t know about Megan. Take a closer look!

Megan is a retired soccer player who spent the majority of her career playing for the University of Southern California. She joined the college in 2007 and made her soccer debut as a freshman in the same year. She appeared in all twenty-five games, winning a number of national and regional honors including SoccerBuzz First Team Freshman All-American and SoccerBuzz Second Team All-West Region as well.

The up-and-coming striker, Cushing had a wonderful career in the following years as well, leading the team to several prominent victories. She was ranked No. 10 all-time in career goals with 14 at USC in 2010.

A year later, Megan earned a BA in psychology. She was also involved in a few social activities at the time.

Megan was quite interested in sports from the early days and got the chance to shape her prowess up while studying at Alta High School in Salt Lake City. She set the school record, scoring 97 goals and 64 assists at the time. Besides, the player also received numerous awards and achievements for her outstanding performance in every game. Meanwhile, she played an important role during the team’s undefeated run in 2007.

Prior to playing in college and high school, Megan represented the United States teams at the national level under various age categories. She became part of the Under-15 and Under-16 National teams. Furthermore, Megan also played for the Under-23 U.S. national team in England in July 2009.

Who are Megan Cushing Parents? Father was an NCAA Finalist

Megan is the daughter of Cindy Cook and Ben Ohai. Her father Ben was pretty into sports and was a wrestler at the Brigham Young University, in Provo, Utah. He also won two NCAA All-American wrestling titles while at the college. Besides, Ben was an NCAA finalist.

Megan Cushing Sisters: One of Them is the Finest Soccer Player

Cushing has three sisters viz. Cami, Aubrey, and Kealia. One of her sisters Kealia is a renowned soccer player who played for the Houston Dash for five years and then joined Chicago Red Stars. She also represented the United States women’s national soccer teams several times. The finest player gained wide popularity after netting the winning lone goal in the final match of the 2012 FIFA U-20 Women’s World Cup.

As a matter of fact, Kealia has been in a blissful marital relationship with NFL star JJ Watt. The two exchanged their vows on February 15, 2020, in the Bahamas.

Megan tied the knot with her long-time boyfriend Brian Cushing after dating in college days. The duo first met when both of them were athletes at USC.

Initially, one of Brian’s teammates, Taylor Mays acted as the cupid for the pair. It was Taylor who first told that Cushing had a big crush on her. For their first date, the lovebirds went to a Mexican restaurant. At the time, the former linebacker denied eating anything but a piece of grilled chicken.

Megan and Brian dated for around five years before they eventually decided to step their relationship up to the next level in 2012. The pair have been in a wonderful marital relationship since, supporting each other through thick and thin.

Megan Cushing is a Supportive Wife

Throughout Brian’s career, he suffered a number of leg injuries. When players with such skills have to stay back due to injuries, they tend to have depressive episodes. The same case went for Brian, but thankfully, his wife Megan was always there for her husband.

In an interview with ESPN, Megan said,

“It was tough love I would give [Brian]. And sometimes he needed to be loved and told it was going to be OK, and I support whatever he wants to do. But there were times I would say you’ve gotta get through it. You’ve gotta be tough. Keep going. You have your family to support, but you have so much more to give. I know this sucks, but you can get through it and you will.”

Besides, the celebrity spouse also revealed to the network that her man “was a little shy.”

How Many Children Does Megan Have with Brian Cushing?

The duo is blessed with three kids. Brian Cushing’s wife gave birth to their first child, a son Cayden Cushing on October 15, 2012. Their second son named Kai was born on June 30, 2014.

Moreover, Megan and Brian became parents for the third time when they welcomed their third boy, Luca Cushing on 12th Jan 2021. They both shared the happy news via their Instagram a few days after Luca’s birth. Brian wrote, “Our third boy has come. Luca Cushing 1/12/21,” while his wife captioned the image, “Luca Benjamin❤️1.12.21,” on their Instagram photos of their newly-born baby boy.

Where Does Megan Cushing Live? Details on Her Net Worth

Cushing currently resides in Missouri City, Texas along with her husband and three kids. She with her spouse purchased their mansion for $2.2 million back in 2014. The house which has 5,400 square feet of living space boasts four bedrooms, five baths, a formal living room, and a dining room.