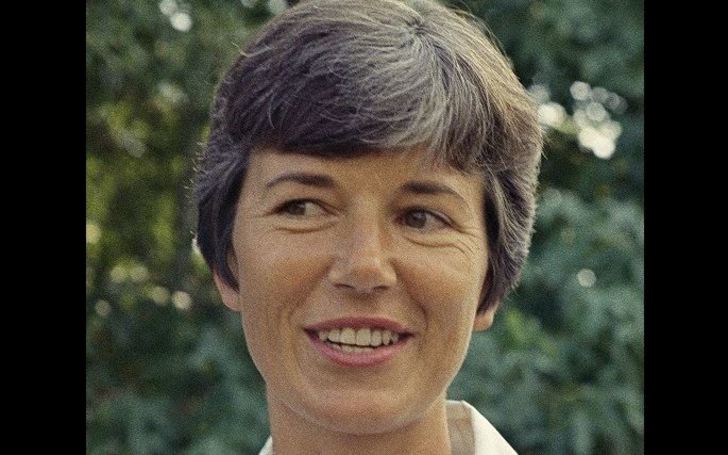 Janet Elizabeth Shearon or Janet Shearon was the wife of the late historical figure, Neil Armstrong. The couple was together from the mid-’60s to mid-’90s. Together, as husband and wife, they suffered quite a lot from never before heard challenges to losing a loved one.

Also, one of the aspects — that is often overlooked in discussions of Armstrong’s life is his relationship with his wife, Janet. When talking about the iconic moon landing achievement, one can at least argue, Shearon was one of the unsung heroes.

So read about the woman who got involved in the evolutionary tale of man vs science. Know what she had to go through when her husband was busy achieving the then impossible feat. Get an uncut version of the other side of the Apollo 11 story; the relationship of Armstrong and his wife, Janet, their inner struggles, tragedy, and so on.

Janet Shearon Was Born In Illinois

Shearon was born in Wilmette, Illinois. She was the youngest of three daughters of Dr. Clarence Shearon and Louise Shearon. Janet graduated from New Trier High School. She then attended Purdue University in the School of Home Economics and was a member of the Alpha Chi Omega sorority.

Neil’s wife received many awards and honors worldwide. People praised her courage and dedication during the American space program of the 1960s.

Jan and Neil married on January 28th, 1956. They met at Purdue University. Neil was an aeronautical engineering student, and Janet was a home economics major. The former Ms. Armstrong was also a champion in synchronized swimming. And it was in the pool where Neil first saw her and became attracted to her. They, however, first met at a sorority party.

In an interview, Janet revealed she and her husband had known each other for three years before he asked her out. She said the father of her children was not one to rush into anything.

After the marriage, they settled in the San Gabriel Mountains on the outskirts of Lancaster, California. They had their home in Juniper Hills. Jan often told how she could see her husband flying experimental aircraft at Edwards Air Force Base in the distance.

Janet after becoming the wife of Armstrong would drop out of college; a decision which she later regretted.

She Lost Her Daughter At Two

The couple had two sons Rick and Mark Armstrong, daughter-in-law Wendy; and also 6 grandchildren, and 2 great-grandchildren. She was famous among her grandkids as “Cee Cee”.

In 1962, Neil and Shearon’s second child and only daughter, Karen Anne “Muffie” Armstrong, lost her life to a brain tumor at the age of 2 years, 9 months. The tragedy took place on Neil and Janet’s wedding anniversary, which they reportedly never celebrated again.

The former couple’s eldest son, Rick studied biology and worked as an animal trainer. Rick would later end up working in a software company.

Their youngest son, Mark, is now a software engineer, working along with his brother. He is also the father of three children of his own. He once admitted that he has a dream he’d like to fulfill: he wants to go to the Moon, like his father.

Jan and Neil moved to Houston, Texas for the NASA space program. After Armstrong’s 1969 successful mission, the couple relocated to Lebanon, Ohio.

The astronaut’s ex-wife claimed she was not married to ‘an astronaut, but rather to Neil Armstrong. Shearon explained she had known her husband’s wish to go to the moon. She said her husband going to the other heavenly body didn’t change her life.

Why Did Janet Shearon And Neil Armstrong Divorce?

Armstrong and his late wife divorced after 38 years of marriage in 1994.

Neil’s official biography titled First Man: The Life of Neil A. Armstrong states the astronaut and his wife grew apart when the former became obsessed with his moon mission. The book by James R. Hansen revealed that Armstrong became so focused on his mission that he had less time for his family. Consequently, Janet had to carry the burden of caring for the kids on her own.

The UK Telegraph reports Neil sunk into depression after his divorce but regained his happiness when he met his second wife, Carol Held Knight.

In 1994 Jan and the first man quietly ended their 38-year marriage. They requested the judge seal the record temporarily, wanting to bring minimum press attention.

Although the divorce records did not reveal Armstrong’s net worth, Shearon’s share of the real and personal property totaled about $2.24 million. Additionally, she received real estate of unspecified value and spousal support payments of up to $6,000 a month.

Adjusted for inflation, Janet’s net worth which she specifically got from the divorce settlement amounts to nearly $5million in today’s money.

After divorcing Armstrong, Shearon became a resident of Utah, spending time in Deer Valley as well as St. George. The people close to Janet described her as friendly. She would often attend reunions for not only her high school graduating class but her kindergarten class as well.

In 1964, Shearon became the founder and coach of the El Lago Aquanauts synchronized swimming team and remained a supporter and advocate throughout her lifetime. In addition, she was also a founding member of the KIT (Keep-In-Touch) group of astronaut wives that have remained close, to this day.

It is not known when Shearon was diagnosed with lung cancer, she lost her life on June 21, 2018, at the age of 84 in West Chester, Ohio. Reportedly, Armstrong’s ex-wife had a long battle with the disease.

She died a couple of months before the movie “First Man” was released in theaters. The film by Damien Chazelle of Whiplash was the adaptation of Armstrong and Janet’s marital life during the Apollo 11 mission.

Other Facts About Janet Shearon: