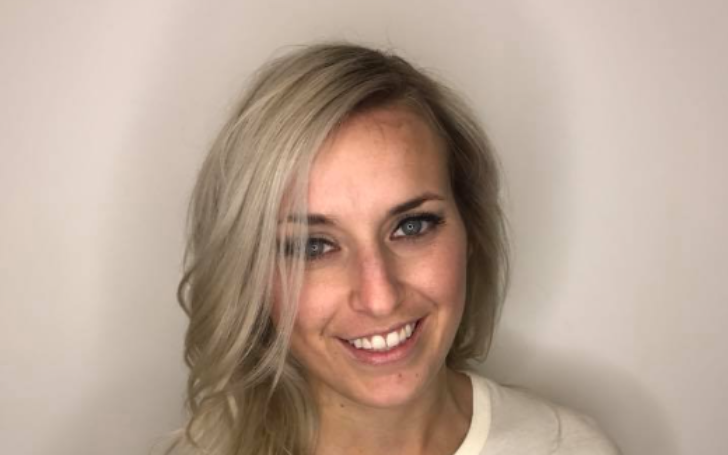 Alisa Mote is the ex-wife of a TV star and well-known drag racer Kye Kelley. Her former husband Kye is also a member of a reality TV show named “Street Outlaws: New Orleans.”

Rather than Alisa and her former husband Kye’s professional career, people are raising more queries about their personal life. So, when did the former husband and wife get married? Also, find out the reason behind their divorce and Alisa’s relationship status after her divorce from Kye.

Alisa Mote Born’ Parents and Date of Birth: Her Brother Died in 2021

Alisa Mote was born on February 18, 1992, in Gillsburg Mississippi. She is the daughter of Brenda Martin (mother), and Johnny Mote(father). At the age of 4, Mote moved to McComb, Mississippi, along with her family.

She also shared two siblings, a sister Crystal Simmons, and a big brother named John Daniel Mote. Sadly, her brother has passed away in 2021. For the remembrance of her late brother John, on 28 Oct 2021, Alisa uploaded her profile picture leaving a short message. The caption reads,

Rest In Peace to the most loving, selfless big brother I could have ever asked for 🖤 John Daniel Mote

While growing up, her dad was also not there so her mother had to take care of them single-handedly.

In 1996, the ex-celebrity spouse went to Parklane Academy and graduated in 2010. Later, Alisa studied as a nurse practitioner at Walden University, Minneapolis.

On the other hand, her ex-hubby Kye only studied at South Pike Senior High School, in Magnolia, Mississippi and the racer later didn’t continue his further studies.

Alisa Mote Is A Nurse By Profession

As said above, Alisa Mote is a professional nurse. As per her Facebook profile, Mote previously worked as a Flex-Ability Nurse at North Oaks Health System in Hammond, Louisiana.

Alisa Mote Married Her Ex-Husband Kye Kelley in 2015: Their Marriage

Alisa and her ex-husband Kye crossed their paths for the first time in the late 2000s. After dating for some years, they officially announced their engagement in March 2014. A year later, in 2015, Alisa and her former husband Kye walked down the aisle. Although their wedding ceremony was held in a very private location, one of the attendance uploaded their photo while giving them lots of blessings. The short message was,

Congratulations to a Beautiful couple. Very happy for the two of them. Wish you a long and happy path of life and hope the difficult times make you stronger too each other. A new life begins makes it the best one the both of you pave together. A big CONGRATS from myself and your ARC family

Unlike many lovebirds, Alisa and her then-hubby Kye were quite open about their relationship on social media too. In August 2016, her former car racer husband shared a prank video with her.

Despite their immense love for each other, their relationship didn’t last long.

Alisa and Kye led a blissful marital relationship for around two years. However, they went their separate ways two years after their marriage and they divorced in 2017.

Many online tabloids say, her ex-husband Kye was in an extramarital affair with his colleague Lizzy Musi. Many people also thought it was the main reason behind their split.

But, neither Alisa nor her former spouse Kye has come to the media to give a clear specification to the matter.

They Are Parents To One Child

A year after their marriage, Alisa was pregnant with her ex-hubby Kye’s child. In February 2016, her then-partner came up with a status on his Facebook. He wrote,

Since Alisa Kelley got pregnant , she sounds like a 52 ford with a 400 big block and a 3/4 cam idling while she’s sleeping and every now and then she nails the gas , then leaves it in gear and let’s it gear down while back firing 😂😂😳😳… Love u sweetie 😘

And the following month of the year, the drag racer also announced the birth of their first daughter Kenadeigh Alexa Kelley. After their split, they are equally taking care of their daughter. Hence, it seems they aren’t going to give any trouble to their kid because of their own matter.

Who Is Alisa Mote Dating Nowadays? Her Love Life After Divorce

For years, Alisa kept her relationship status a secret. But, on 28 May 2022, a guy named Jay Shandy, on his Facebook announced the news of getting engaged to Alisa Mote. Although Alisa herself hasn’t come up with the good news, it is undeniable after looking at her new partner Jay’s post.

Her fiance Jay has posted a couple of photos in which Alisa is also featured. So, we hope, Alisa would reveal the truth sooner.

On the other hand, her ex-partner Kye didn’t take a long time to move on. The same year of their divorce, in 2017, Kelley began a relationship with his fellow car racer, Lizzy Musi. Well, on July 31, 2021, Kelley and his girlfriend Lizzy also got engaged.

Alisa Mote has a net worth of around $300,000 as of 2022. She mainly makes her fortunes from her career as a nurse. On the other hand, many online tabloids also suggest that her ex-husband Kye Kelley gives a certain amount of money as alimony to her.

Besides, Alisa is mostly active on Facebook. However, since 2018, the certified nurse hasn’t posted any images or videos on her Instagram. She is also active on Instagram too with a few followers.