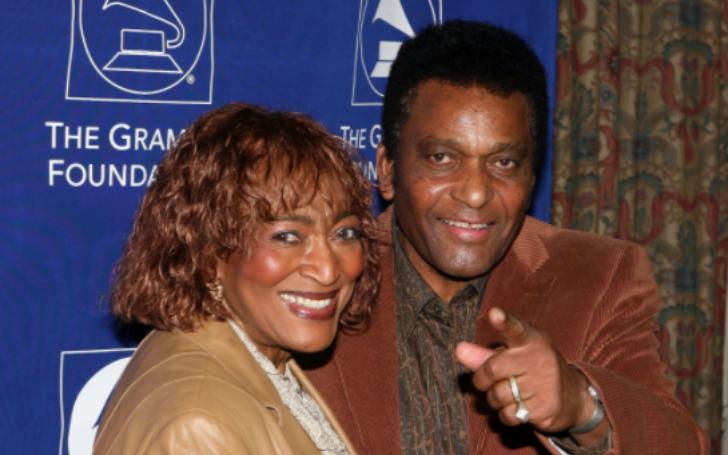 We all know singer Charley Pride. The legendary musician is one of the greatest singers of all time. Back in the 70s, he became the best selling RCA Records artist, second only to Elvis Presley.

Charley is successful due to two important reasons, first his talent and hardwork, and second his wife, Rozene Cohran who has been in his side for over six-decades. Through ups and downs, the duo remained together which eventually led to Charley’s success.

Many of us are all familiar with Charley but not much is known about his spouse. For instance, there are many sources that claim her surname is a Cochran while some say its Cohran. What is the real truth here?

Let’s take a close look at Rozene’s life and find out many interesting facts including how they first met.

Who is Rozene Cohran? Her father taught her to never date Baseball Players

Born in Oxford, Mississippi, Rozen came to media prominence since marrying Charley Pride, who later became one of the greatest singers of all time. The pair has been in a marital relationship for more than six-decades which makes them rarest of the couples who has endured such a long marriage.

Talking about her family life, she is one of the few daughters of her parents. All of them spent their entire childhood in the city of Oxford.

Her mom and dad raised her alongside her sisters as a big baseball fan. However, her father had always advised his daughters to never date players. But fate had something else in store for Rozen because she eventually married a Baseball player. They will celebrate their 62nd wedding anniversary this December.

Confusion between Rozene’s surname: Is it Cohran to Cochran?

The Rolling Stones magazine has written her surname as Cochran while the Sports Illustrated magazine writes its as Cohran. Moreover, Margaret L. Dwight and George Alexander Sewell writes her surname as Cochran in their book, Mississippi Black History Makers. Aside from credible websites, tons of other sources claim her name is Rozene Cohran.

Truth be told, it looks like a confusion which started way before the internet even existed. The mystery surrounding her surname is something that is yet to be solved.

When did Rozene meet her future husband Charley Pride? She was a Cosmetologist

It was in the 50s, around the time when Charley was a Baseball player and not a singer. He was playing as the pitcher for the Memphis Red Sox of the Negro American League. At the time, Rozene was working as a cosmetologist. When the pair first met, Charley, being a humble guy thought he had no chance with his her. So what did he do to woo the woman of his dream?

He bought her the record, “It Only Hurts for a Little While,” by the Ames Brothers. As to the reason why he gave her the gift and that too on their first-ever meeting, Rozene said, “He thought I was gonna go out with somebody else.” What a guy!

The pair married in Christmas of 1956: Blissful Marital Life of over Six-Decades

In 1956, while Rozene and Charley were dating, he was drafted into the United States Army. His draft kept him apart from his girlfriend for two years before he was discharged in 1958.

However, this didn’t stop the duo from tying the knot. After finishing his basic training, he came back to Mississipi on Christmas holiday and eventually Charley and Rozene exchanged vows on December 28th, 1956, on his father’s birthday.

The year 1956 was a rollercoaster ride for Charley. He married the love of his life and also lost his mother.

The lovebirds is in marital bliss for a staggering 60-years. They currently reside in Dallas, Texas.

Rozene and Charley are a proud parent of three children

From their marriage that spans over six decades, the pair became a proud parent of three children, two sons, Dion and Kraig, and one daughter, Angela.

Their eldest child Kraig was born in Colorado, second son Dion was born on March 23, 1962, daughter Angele came into this world on April 18, 1962.

Both of Rozene’s sons are following on the path of their father and has become successful singers. Kraig these days goes by the name Carlton and he even started a band called ‘Carlton Pride and Zion.’ On the other hand, Dion used to play guitar for his dad and performed for the troops on many USO tours.

Many of you might be thinking that Rozene always lived a life of a celebrity spouse doing nothing but splurging on expensive stuff. Well, she might’ve done that but still, Cohran also used to supervise her hubby’s million-dollar business.

As of 2020, it is more than possible that Rozene might’ve retired and lived a rather peaceful life with her husband and family.

How much is Rozene Cohran’ net worth? She stood by Charley’s side even when he was broke

Prior to her meeting with Charley, she used to work as a beautician. After her husband became a singing sensation, she started working at his management team. We can say her personal net worth might’ve peaked over $1 million.

In the meantime, her husband was raking in millions of dollars from his career as a songwriter, guitarist, and business owner. As of 2020, his net worth is a staggering $40 million.

The duo is enjoying their rich life, however, it wasn’t all sunshine and rainbows for them in the beginning. In the PBS special documentary, ‘Charley Pride: I’m Just Me,’ the superstar candidly said that his wife was by his side before all the fame and money. She stood by his side even when they had only five bucks between them. This says a lot about their relationship.