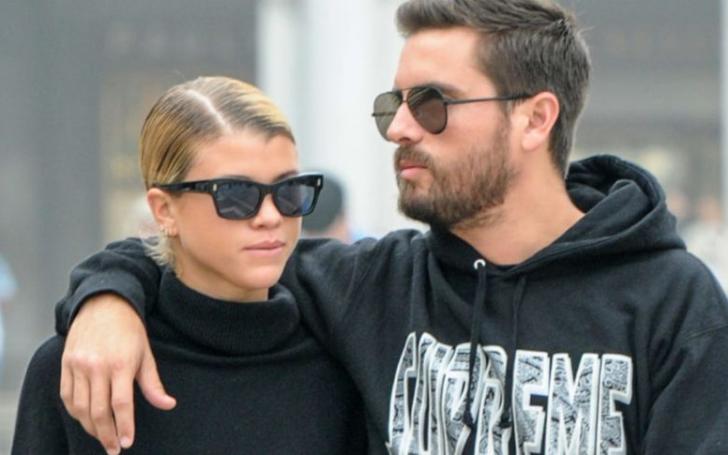 If there’s any celebrity relationship with the most complication then surely it’s Scott Disick and Sofia Richie‘s. The lovebirds have been going out and about for a few years, yet there has been a lot of gossipy tidbits regarding their age difference, Scott’s infidelity, Sofia being the third wheel between Scott and Kourtney, and many other things.

Just recently it is rumored that Sofia and Scott have broken up, however, is it really the truth? Or is it just another vague rumor we have heard a lot of times? Let’s find out about their relationship here!

Scott Disick and Sofia Richie still dating or split up for good?

If you’ve been following the gossip column then surely you’ve come across the news that Scott and Sofia have parted ways in May 2020. Fans who were shipping the duo were quite disappointed by the news. The terrible news came days after Disick celebrated his 37th birthday.

According to an insider, they called it quits with no bad blood between them. Apparently, the main reason behind their split was Scott’s health issues. An insider maintained Sofia thought about leaving Scott just so he could focus on his health. The source said,

“Sofia thinks Scott has a lot on his plate right now and thinks it’s best for them to be apart so he can focus on himself. She is only looking out for him and his best interest and it was primarily her decision for them to split. Sofia has been spending time with her family and has taken majority of her stuff out of Scott’s house.”

Few weeks leading up to their affair, the lovebirds were having difficulty adjusting to Scott’s mental health. At the time, a source close to the duo claimed Sofia is all up for giving him space just so he could focus on himself first.

However, it looks like the pair might be back together as an insider told US Magazine that they are back on. Just a few days after the initial announcement of their split, a source told the outlet, “they are hanging out again romantically. It’s back on.”

What’s more, Sofia is yet to delete any pictures between the true which further adds claims they are definitely together. It looks like this new lifestyle of staying without each other didn’t really work well for the couple.

Since when are Sofia and Scott dating?

It all started back on May 28, 2017, when TMZ first reported Sofia and Scott are reportedly going out. At the time, Sofia tweeted,  “Just so everyone can get their panties out of their asses, Scott and I are just homies #relax.” Twitter has since been deleted.

Back then, Scott was also making a lot of rounds due to his random hooking up with Bella Thorne and Chloe Bartoli. But it all changed when the next month they were spotted strolling arm-in-arm in Malibu. Lionel Richie’s daughter also joined the reality star for a dinner in Los Angeles, around the same time.

A few months later, the duo’s mutual friend Alex Monopoly seemingly made their relationship official after he shared a picture of the duo kissing. In addition, he also added a picture of a desert where he presumably congratulated Scott and Sofia on becoming a couple.

This isn’t the first time Scott and Sofia reportedly broke up and got back together. Back in June 2018, TMZ photographed Scott getting handsy with an unknown blonde during the album launch party by Kanye West. Apparently, the KUWTK star even said he was single, whilst being drunk.

Then PEOPLE magazine reported Sofia ended their lovey-dovey. Back then a source reported due to Scott’s drinking problem and old issues, she called off their relationship.

Nevertheless, Scott then put all the rumors to rest after sharing a sarcastic post on his Instagram. Sofia too shut down all the vague rumors about their break-up after sharing a cozy picture of the duo.

Has Sofia’s dad Lionel Richie accepted her relation with Scott despite the age gap?

It’s a terrible sight for any parent to see their kid get into a wrong relationship. So it is not surprising to hear Lionel is still skeptical about his youngest kid’s relationship.

A source mentioned in 2019, “Lionel has accepted their relationship but still isn’t entirely 100 percent on board with Scott mostly because of the age difference and how young Sofia is.”

“Lionel can see how happy Sofia is though so he is definitely making more of an effort with Scott.”

Lionel shares Sofia and a son Miles Richies with his second wife, Diane Alexander Richie. Besides, he was previously married to Brenda Harvey-Richie and has one daughter with her named Nicole Richie.

Married Twice Lionel Richie wife & Children: All About His Marriage