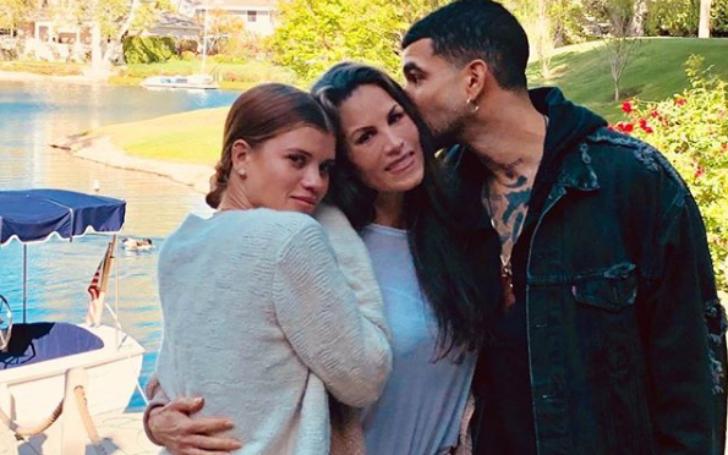 Diane Alexander is known to the world as Lionel Richie’s second wife. The duo started their affair while Lionel was still married to his first wife. This extramarital affair led to a brutal physical altercation between Lionel, Diane, and his first wife, Brenda Harvey-Richie.

Later on, they got married and became parents of two beautiful children. However, just like Lionel’s first marriage, this one didn’t last as well and they called it quits. As of now, Diane is in a happy relationship with a new guy. Moreover, the mother of two kids is living a rather simple life.

Today we’re going to find out some interesting facts about Lionel Richie’s ex-wife, Diane. What is she doing now? Has she married again? You’ll find out the answers to these questions and more!

Diane was born on 16th June 1966. Several tabloids claim she was born in the year 1967, however, she was born in 1966 and is currently 54-years-old. She is the daughter of Marilyn Alexander. Not much is known about her father or siblings.

Before her super extravagant marriage with Lionel Richie, she had a simple life. She did several odd jobs and worked as a waitress, a part-time model, and a dancer. She is also a clothing designer and had her own clothing lineup called Alexander Brown Clothing.

Talking about her health condition, Diane suffers from Lupus. Back in May 2016, she added a picture in which she revealed about suffering from this autoimmune disease.

I would of picked the other vein. #LupusSucks #invisibleDisease I have it, it doesn’t have me!!!💃🏽

Despite her health issues, she is still going strong.

What is she doing now? Who is Diane Alexander’s boyfriend in 2021?

For the past couple of years, Diane seems to be in a relationship. Yes, guys, she has a boyfriend, and damn, he is a handsome hunk. Her alleged beau is David Kenney, a Commander at Ventura County sheriff’s office.

So far, Diane has only uploaded a handful of photos of her boyfriend. At first, she added a picture of him in 2015. Then she shared yet another picture of her partner in 2017.

There are many reports that even claim Diane and David are engaged, but no credible source can back this claim.

Regardless, since 2017, he is out of her social media profile which means two things. They either have broken up or she is keeping her personal life close to her chest.

Diane Alexander Relationship with Ex-Husband Lionel Richie: She hooked up with him while he was still married

We’ve all witnessed a lot of celebrity scandals. Likewise, back in the 80s, Lionel was also involved in a huge scandal when it was found that he was having an extramarital affair with Diane. The news of his apparent hook up with the model whilst being married came in the year 1988. Apparently, his first wife, Brenda Harvey-Richie had caught them red-handed spending time at Diane’s apartment in Beverly Hills.

Soon, it was revealed that Diane and Lionel knew each other for a few years before the scandal. They initially met at the 1984 Summer Olympics. At the sports event, Lionel was performing a song and Diane was one of the dancers. The two hit it off rather instantly. Two years later, she even featured in his song titled, Dancing on the Ceiling. Take a look!

When Richie’s first wife Brenda suspected he is cheating on her, she reportedly hired a private detective to find out the truth. The detective later told Brenda that her suspicion was dead on. It was he who told her about Lionel’s whereabouts on the night of June 29th, 1988.

After the scandal, Brenda consequently filed for divorce and officially separated from Lionel in 1993. The former duo share one daughter, Nicole Richie, whom they had adopted.

Diane and Lionel Richie married two years after his divorce

Right after Lionel finalized his divorce from his first wife, he officially started dating Diane. And after dating for two years, he proposed to Diane and they exchanged vows on December 21st, 1996.

At first, Diane and Lionel never planned on getting married. The singer wasn’t too into it due to the fact that his first marriage ended awfully. But Diane was adamant about tying the knot so she used to tease him a lot about weddings.

In December of 1996, Diane, just like any other day, teased Lionel and told him that 21st is a great date. Right there and then he announced to Alexander, ‘You got a deal,’ implying he is now willing to wed his girlfriend.

Diane was shocked but Lionel wasn’t kidding and so it happened. The holy matrimonial took place at a Metropolitan Club in New York City. The ceremony was super private with only 40 guests invited, none of them a celebrity.

As for the wedding expenses, well, Richie went all out. He even gave his bride a 10-carat emerald-cut diamond ring. Their son Miles was the ring bearer.

Talking about their honeymoon, the duo enjoyed two honeymoons, one in NYC and the other in the Caribbean.

From her marriage with Lionel, she gave birth to two beautiful children. They welcomed their first kid, Miles Brockman Richie on May 27th, 1994, and the second bundle of joy, Sofia Richie on August 24, 1998.

Both of her kids enjoy celebrity status both as star kids and successful models. Her daughter Sofia also dated reality star and entrepreneur Scott Disick.

After the divorce between Diane and Lionel, both of them shared joint custody of their kids. Despite what happened between them, the former husband and wife are in a cordial relationship.

The divorce settlement between Diane and Lionel made her a millionaire: What is her net worth now?

Similar to Lionel’s previous relationships, his second wedding came to an end as well. By late 2003, the duo had been separated and Diane filed for divorce in early 2004, citing irreconcilable differences. A few months later their divorce was finalized.

According to the divorce documents, the former waitress asked for a whopping $300,000 expense every month plus some other goodies. Reports suggest she took home a staggering $20 million in addition to $15,000 a month for shopping, $50,000 for personal services, and a yearly budget of $20,000 for plastic surgery.

Moreover, before marrying Richie, she sold her personal house for more than $600,000. She also had a clothing line named Alexander Brown Clothing Line. After she wedded Lionel, he asked her to sell the company and stay at home taking care of the kids. Safe to say, as of right now, her net worth is more than $10 million.