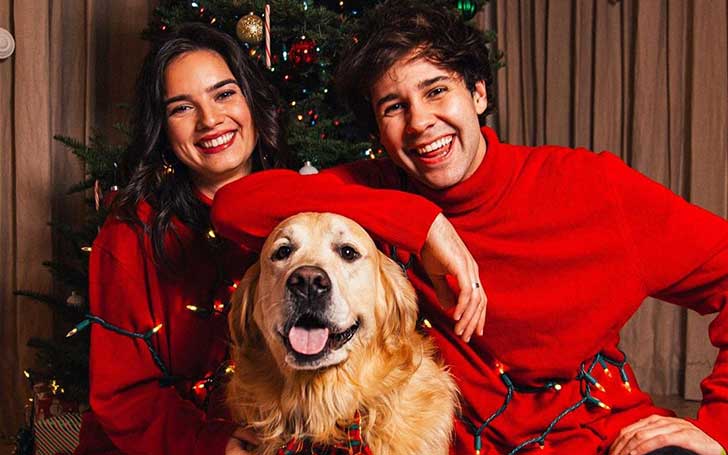 Slovak YouTuber David Dobrik‘s married life with ex-wife Lorraine Nash was a subject in the media. Unfortunately, the pair separated just after a month of their marriage. Many of his fans are curious to know about Dabid Dobrik’s girlfriend in 2020. So, is he dating anyone after his divorce?

Well, Dobrik has been rumored to be dating his assistant Natalie Noel for a long time. But, is he really dating her? Or it is just the rumor? Let’s find out here:

David Dobrik and Natalie Noel’s growing intimacy led their fans and media to speculate they are a couple. They both have shared each other’s photos on their social media for a couple of years. However, they are not dating officially as of 2020. 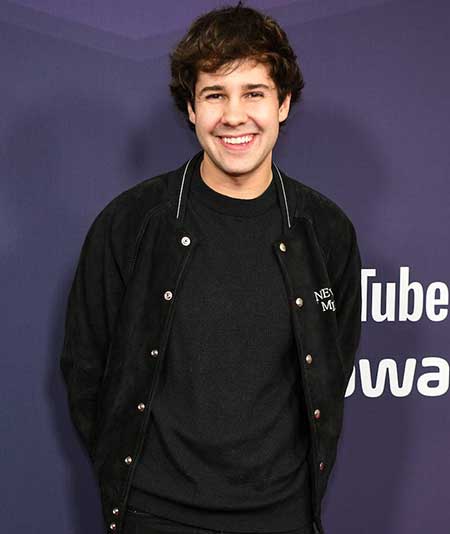 Meanwhile, in a conversation with J-14 in August 2019, at the Variety’s Power of Young Hollywood party, Dobrik revealed that he was single and that Natalie is not his girlfriend. He said,

“Super single and yeah, I’m very, very far from being in a relationship again. I have a lot of time to figure myself out. Yeah, maybe in like four or five years. That’s when I see myself going back.”

However, at the end of the conversation, Dobrik said “I could be lying. I don’t know.”

Natalie Noel works as an assistant for Dobrik for a long time now. Dobrik and Natalie are high school friends and have been best friends since then. The rumor that David Dobrik was dating Natalie started swirling after she moved into David’s house to become his full-time assistant in 2018.

Moreover, Dobrik’s fans went crazy after he bought a Mercedes for her on her birthday in December 2018. Back then, he shared a photo of him and Natalie alongside the car on his Instagram. In the caption, he wrote: “You are a great assistant and an even better person to Terrorize. ENJOY DA NEW RIDE.” Hee is the post:

Happy birthday Natalie!! Thank you for putting up with me and picking up chipotle for me 8 times a day. You are a great assistant and an even better person to terrorize. ENJOY DA NEW RIDE

Dobrik and Natalie frequently went out together and the former also kept sharing their photos on Instagram. On Valentine’s Day 2019, Dobrik shared a throwback photo of him and Natalie from their high school days in which he mentioned Natalie dragged him to his “first high school dance.”

Meanwhile, Natalie has been making her appearances in many of Dobrik’s YouTube videos. In one of the videos, a friend of Dobrik said “For real, you guys should just say you’re dating.” But, neither Dobrik nor Natalie said nothing about it.

Other Relationships of David Dobrik

YouTuber David Dobrik had a few girlfriends in the past as well as he was married for a short time as well. Let’s have a look at his past relationships.

David Dobrik was in a long-term relationship with fellow YouTuber Liza Koshy. Dobrik and Koshy met on Vine in 2015 and started dating in November that year. Months later, 0n February 15, 2016, Koshy announced their relationship to their fans via Instagram, sharing a photo of them lying in calendars. 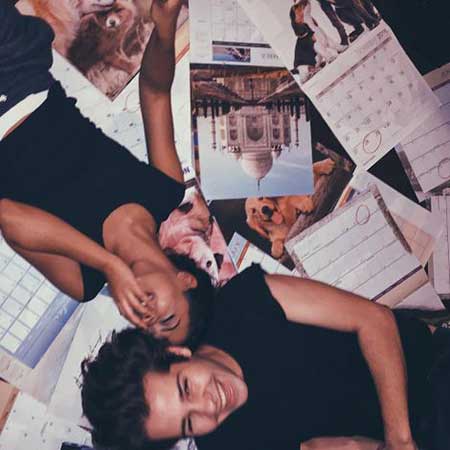 Liza Koshy shared the photo on her Instagram to confirm her relationship with YouTuber David Dobrik
Source: Instagram@lizakoshy

After dating for over two years, Dobrik and his then-girlfriend Koshy broke up in early 2018. But, Dobrik and Koshy didn’t reveal their split for around six months. They only announce they were no more a couple in early June 2018, in an emotional video on YouTube. In the video, Dobrik and Koshy revealed that they separated six months ago.

The ex-couple also revealed that they broke up due to the pressure of their respective careers on YouTube.

David Dobrik and Madison Beer: Have They Dated?

After Dobrik ended his relationship with Koshy, he was linked with singer Madison Beer. Rumors of their romance started when David attended her 21st Birthday party and shared a picture of the two on Instagram.

In addition, he also shared a TikTok video with Beer, adding more fuel to the fire. But it looks like they were just being friendly as Madison is reportedly back together with her ex, Jack G.

Did David go out with TikTok star Addison Rae?

In addition to his several other dating conquests, David was also linked with Addison Rae. Yes, in April of 2020, fans started shipping David with the 19-year-old TikTok star with over 30 million followers on the platform.

Rumors started when Addison shared a duet with David on TikTok and wrote in the comment section, “he’s so sexy.” Their chemistry and bond sparked a lot of couple vibes.

Both of them are yet to comment on the nature of their relationship, but frankly speaking, we have a slight idea. As Addison recently signed with the Slovak YouTuber’s manager, it might just be a friendly relationship.

David Dobrik was Married to His Friend’s Mother Lorraine Nash

In May 2019, Dobrik gave a shocking surprise to his fans and the associated media by announcing he got married to his best friend, Jason Nash‘s mother Lorraine Nash.

His fans assumed he played the prank for his YouTube video after Dobrik said he wanted to surprise his friend by proposing his mom in the “I MARRIED MY BEST FRIENDS MOM!! (PROPOSAL).”

Here is the video, have a look.

The video shows Dobrik and two of his friends going to Boston, Massachusetts to propose Lorraine. Lorraine herself gets surprised after her son’s best friend asked her to be his wife in front of the camera. But after Dobrik said he was serious about the proposal, she agreed to marry him.

Dobrik and Lorraine got married within a few hours and they headed to Hawaii for a honeymoon.

Dobrik Filed for Divorce from Lorraine within a Month

The whole sequences appeared to be part of a prank on Dobrik’s best friend Jason, however, as per some sources, they were married officially. And around a month later, David filed for divorce from his wife of one month.

He filed the papers in Los Angeles Superior Court on June 11, 2019. The court documents showed David’s petition for the dissolution of marriage. In November 2019, Dobrik took to his Instagram to announce he had officially signed the divorce papers and divorced Nash.

Is Jhene Aiko Dating Boyfriend Big Sean in 2021? What Is The Truth About Their Wedding?