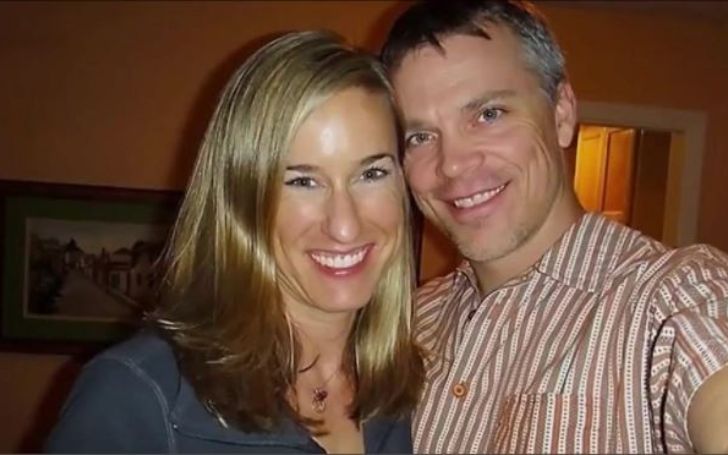 Diana Lovejoy is a prison-time serving convict. She came to prominence in late 2016 after she plotted to kill her then-estranged husband, Greg Mulvihill along with a firearms instructor and a former marine, Weldon McDavid. Lovejoy and McDavid, the ex-couple who were committing adultery plotted to kill Mulvihill in September 2016.

At the time of the shooting, Lovejoy and her former husband Mulvihill were having a heated divorce and custody battle. The case became a national interest with a handful of headline-Esque images and stories appearing from the court since the point of the crime.

Get an unedited version of what really happened, who Lovejoy was in the first place, her relationship with Greg, her affair with McDavid, and all.

Who Are Diana Lovejoy Parents? Her Early Life And Job Before Jail

While not much about her parents or lineage is in the discussions, it is believed Diana’s great grandmothers was Native American. The currently 50-year-old Diana Lovejoy was apparently born on the 26th of October, 1972.

Lovejoy is a native of Carlsbad, California. The former triathlete and a software technical writer attended high school and college before enrolling at UCDAI (University Of California At Davis).

After graduating from university, she got a job at Nokia as a technical writer. People described her as someone who had an excellent grasp of how the modern world was using different technologies.

In addition to being a fine corporate employee, Lovejoy’s online presence was also extensive. As such Diana was also a fitness instructor and YouTube star who documented her journey through weight loss on social media.

She used to post videos of quick recipes. In fact, in 2010 Diana had launched an initiative called “The Eating Plan.”

This program helped people with diabetes maintain their blood sugar levels. For this, she also outlined some meal planning.

How Diana Lovejoy Planned To Kill Her Husband; What Really Happened?

The day was September 1, 2016. Investigators said McDavid phoned Mulvihill and pretended to be a private investigator who had incriminating evidence against him.

He told Lovejoy’s husband that he would leave the evidence on a pole along a secluded dirt path off a road in Carlsbad, California. Mulvihill then grabbed a flashlight and his son’s mini-baseball bat and asked a neighbor to accompany him and headed to the deserted trail.

After reaching there, Mulvihill and his neighbor heard a rustle in the bushes, saw the barrel of a gun, and then the flash of gunfire. Mulvihill received a gunshot in the side but survived.

The bullet missed the light in Greg’s outstretched hand and instead struck him under his left armpit, and went out of his back. After the shooting, authorities were able to piece together the scheme.

They also found the AR-15-style rifle used to shoot Mulvihill in the garage of McDavid’s home.

According to police, Lovejoy contrived a plan to pay McDavid $2,000 — and she drove him to the area where the shooting took place.

On 15 August 2016, the Jury saw the security footage of Diana purchasing a Tracfone from a Best Buy store. On 1st September Weldon used the very phone to call Greg.

The authorities also found McDavid’s DNA near the place of the shooting. He later confessed to shitting in the woods. Weldon had wiped off his bottom with a towel after defecating in a bush. Police later used the piece of cloth to extract his DNA.

Diana Lovejoy Trials; Who Were The Guilties?

At the court, during the two-week trial in Vista, California, lawyers for Lovejoy and McDavid, however, argued that there was never any plan to kill Mulvihill. This was despite the fact that McDavid fired several shots at him and hit him in the side with one.

Testifying in his own defense, Diana’s extramarital partner argued if he had intended to kill Mulvihill, he would not have missed.

“I could hit that person – center mass – 100 yards away without any problem,” the Californian instructor testified. He likewise added,

If I intended to kill Mr. Mulvihill, he would have been dead …. My only hope is that this will be rectified on appeal.

A handful of people said Weldon couldn’t have missed it from such a close range but the jury didn’t buy it.

McDavid added he decided to shoot Mulvihill only after Lovejoy claimed her estranged husband had been abusing their son. However, there appeared no proof of such abuse in the court. Diana, with teary eyes, as for herself, told the Judge she would never think of taking her son’s father from him.

The mother of one son said of hoping “the higher reality of what we intended to do comes out, and I believe it will somebody” but did not say what “higher reality” was.

What The Jury Said?

All the jurors nonetheless agreed there was no dispute McDavid pulled the trigger and shot Greg Mulvihill on a dark dirt path in Carlsbad on Sept. 1, 2016, at about 11 p.m.

On of the Jury, Reed said the defense they were giving just didn’t seem plausible and added, for them, they seemed too far-fetched for what actually happened. One juror said among the strongest pieces of evidence was testimony from Lovejoy’s aunt. She said a year before the shooting, Lovejoy had asked her if she knew someone who would scare or kill her husband.

What’s more, two years before the shooting incident, McDavid had helped a different Carlsbad woman, Crystal Harris. She had also made terrible claims against her husband. The jury ultimately found co-defendant Weldon McDavid Jr. guilty on all counts and allegations, including attempted murder.

How Many Years Of Prison Did Diana and Her Boyfriend Receive?

The court in November 2016 found Weldon McDavid and Diana Lovejoy guilty in connection to a botched murder-for-hire plot on the latter’s ex-husband.

After hearing his verdict, the former closed his eyes, put his head in his hands, and cried all while his family watched.

McDavid said he regretted cheating on his wife more than the crime that put him in jail. He is currently serving a sentence of 50 years to life at the California Institution for Men in Chino. His former lover, Lovejoy, on the other hand, received a sentencing to 26 years to life in prison. The court also ordered both of them to pay half a million dollars to Greg in punitive damages.

After hearing the verdict of her conviction, Lovejoy collapsed in a Vista courtroom. Judge Sim von Kalinowski promptly cleared the courtroom so the-then newly convict could receive medical attention.

A while later, Fox 5 reporter Jamie Chambers who was also a lifeguard and emergency medical technician assisted Lovejoy while she was on the floor until help could arrive.

Chambers said Greg’s former wife had passed out but was conscious when he eventually left her side. He said Lovejoy presumably lost her consciousness due to shock. After paramedics took her to a hospital the court resumed.

Also Read: 7 Mainstream Celebrities Who Killed Their Respective Partners: List Will Shock you

Why Diana Lovejoy Tried To Kill Her Husband, Greg?

The animosity in Diana for her ex-husband is speculated to have started sometime after they had become parents to a son.

The couple eventually decided to end their marriage and turns out the separation terms were allegedly one of the main reasons that led the Carlsbad native to plan and murder her former husband, Mulvihill.

Lovejoy and Greg Mulvihill were also going head to head with a custody battle over their young son, a legal fight that included allegations of abuse and drug use.

It was drawing to a conclusion, with the ex-couple getting shared custody and an agreement that Lovejoy would pay Mulvihill $120,000. As per some insiders, Lovejoy, however, wasn’t happy with their 50-50 custody arrangement and with having to pay Mulvihill $120,000. The jury forewoman also reported the ex-wife, however, didn’t want to share custody, and she didn’t want to give $120,000 to her husband.

In retaliation, she, therefore, hired her ex-lover, McDavid to “eliminate the problem,” Carlsbad Police Department Sgt. Darbie Ernst told PEOPLE in an interview. Lovejoy was supposed to pay the amount a few weeks after Mulvihill was shot.

Diana reportedly met her ex-husband Greg in 2005 through a dating site. Two years later they got married and in 2012 had their one and only child a son.

They had had quite a rifts during their marriage. For instance, Diana once accused Greg, in 2014, of drugging and raping her while she was unconscious. She had even obtained a temporary restraining order against her former spouse.

Her Affair With Weldon McDavid

Lovejoy met McDavid at Iron Sights shooting range in Oceanside, where he worked. As mentioned, McDavid is a former California firearms instructor.

When testifying in court, McDavid said he was working at an indoor shooting range when he met Diana Lovejoy in 2015. After that, they became friends with benefits.

Where Is Diana Lovejoy Today?

Since Feb 2018, Diana has been on the Women’s Prison in Chowchilla and can be eligible for launch in 2036.

Is There A Movie Based On Diana Case?

While there hasn’t been a dramatic adaptation of Diana Lovejoy, Weldon McDavid, and Greg Mulvihill, documentary director Robert Ivkovic did release the amalgamation of the footage and interviews from the case in Sep 2018 titling it Snapped.

Where Is Daniel Petry In 2022? The Story Of Gabriel Kuhn’s Killer