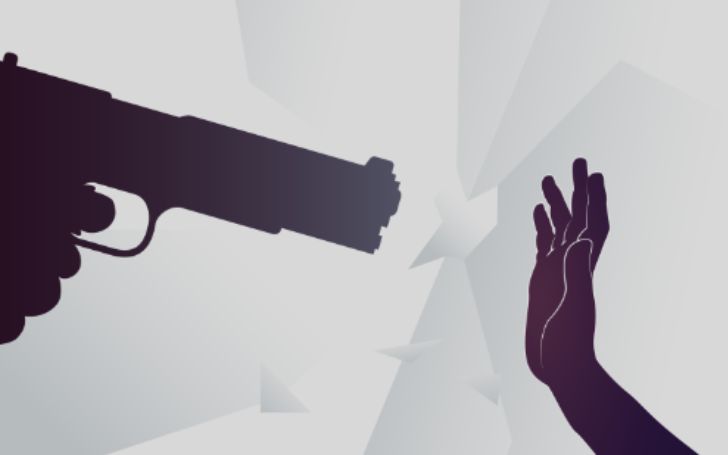 The public is often very curious about a celebrity’s personal life. Typically, their dating life or their love life with long-term partners is what makes them seem “normal” to us. Furthermore, news with such details of the stars is something that excites most of us.

On the contrary, when murder comes into the equation, it becomes a topic of concern. Can you even imagine your ideal celebrity harming another human being, let alone killing them? Well, some of them have. In addition, they did not just kill someone randomly, but their own spouses.

Therefore, in this article, we will look into 7 such celebrities who killed the loves of their lives. What led them to do such a horrific act? Were any of them even found to be guilty? Let’s find out.

Michael Jace is famously known for his role in The Shield as Julien Lowe, a complex character who struggled with his sexuality. In addition to this, he’s given remarkable performances in ER, CSI: Crime Scene Investigation, and The Mentalist. After playing in such movies concerning legal practice, we wouldn’t certainly imagine him being part of a crime. However, he is.

April Jace, Michael’s not-so-beloved wife, was killed by her lover on 29th May 2014. This horrifying incident took place at Jace’s home in LA. Furthermore, he shot his wife while his sons watched him. Talk about the trauma they faced!

So, what was the reason? Apparently, the late Mrs. Jace wanted a divorce. On the other hand, the actor had a suspicion that his partner was having an affair.

After killing April, Michael calmly called 911 and surrendered. Even more so, he explained to the authorities how to enter his house and let them know he was unarmed. Jace was sentenced to 40 years in prison for this act.

Benoit is a former wrestler who was famous from the 80s to the 2000s. He was the champion of wrestling and played for many professional organizations. However, his great career came to an end when he killed his own wife and son.

In 2007, the wrestling champion took the life of his wife, Nancy by strangling her. Along with this, he also killed his 7-year-old baby boy. Two days after the act, he then killed himself.

This was rather traumatizing news for the public. Furthermore, the murders seemed to be methodical. He tied down his wife, who was found wrapped in a blanket. On the other hand, his son was lying face down on the bed. He even placed Bibles nest to their dead bodies.

It is even believed that he did such an act because Benoit was suffering from an underlying mental condition. The forensics also revealed that his brain was that of an 85-year-old man suffering from Dementia.

Next on this murderous list is rapper, Earl Hayes. Hayes, who is famous for his part in Floyd Mayweather’s record label also has blood on his hands. He shot his wife, Stephanie Moseley on 8th December 2014.

Stephanie Moseley was a TV star. She used to appear in the VH1 show, Hit the Floor and played a small part in the movie, Twilight. Unfortunately, her career was short-lived and even her life. It is unimaginable to be even killed by someone you loved and trusted the most.

Looking at the reason for the murder, the famed couple had been arguing for days. Apparently, Hayes’ wife was having an extramarital affair with another singer. It is even believed that his loving friend, Mayweather was on a call with him during the incident.

In 2012, Oscar Pistorius was known as the most inspirational man. Despite being disabled, he couraged to run with physically fit athletes in the Olympics, representing South Africa. He did not win, however, proved that disability shouldn’t define a person and limit their dreams.

Only after a year of this historic moment, on Valentine’s day of 2013, the athlete killed his partner. Reeva Steenkamp was his girlfriend who was shot and killed by Pistorius. The couple broke into an argument, which led to this unfortunate incident.

This was the end of Oscar Pistorius’ career. He was charged with Steenkamp’s murder and was convicted. Originally, his punishment was only for 6 years but in 2017, it increased to 9 more years i.e, 15 years.

Phil Hartman was the man of the show, Saturday Night Live. He famously portrayed the role of Bill Clinton and other funny characters. Due to his extreme talent, Hartman was even ranked by Rolling Stone as the 7th out of 145 cast members for the TV show.

He was married to a lesser-known actress, Brynn Hartman. The former couple were together for almost 10 years and had two children, Birgen Anika Hartman, & Sean Edward Hartman. However, this was short-lived. On 28th May 1998, Brynn shot her husband three times, killing him in his sleep. This was followed by her then pointing the gun at herself.

The exact reason for this isn’t quite known. Many believe that the duo had a rough marriage due to Harman’s wife’s addiction to drugs and alcohol.

Neal is a former singer who was famous during the 90s. He was the part of R&B group, Hi-Five, who is better known for his single, I Like The Way. However, he was charged and sentenced to the murder of his wife, Catherine Martinez.

39-year-old Russel Neal walked into the Harris County Sheriff’s Department and surrendered himself for killing his wife. He led them to his apartment where the police found Catherine’s dead body. She was fatally stabbed multiple times to death.

Jovan Belcher was an NFL footballer who killed the mother of his child and then himself in 2012.

As it turns out, Belcher, who was 25 years old at the time killed his girlfriend, Kasandra Perkins on 1st December 2012. His mother was taking care of the couple’s newborn daughter in the adjoining room of the same house.

After killing Perkins, Jovan drove to Chief’s training facility where he shot himself in the head. The former general manager, Scott Pioli, and coach, Romeo Crennel were present there when he died.

Who Is Tiana Musarra? The Untold Details About Her Life