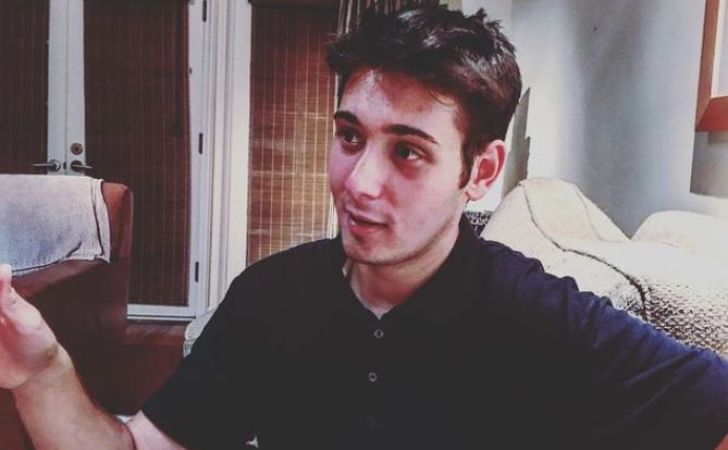 Julian Murray Stern just completed his graduation from the University of California and his parents are as proud as any other. Like his mother, he also aspires to be an actor and has already started his journey. To those who don’t know Julian, he is the only son of Friends star Lisa Kudrow.

As the son of a famous mother, Julian has already achieved immense fame in the media. There are millions who want to know about his life as Lisa’s son. So, how is his life as a star kid? Is he married or dating a girlfriend?

In this article, we are going to talk everything about Julian Murray Stern’s career, relationship, and much more.

Julian Murray Stern Is The Only Son Of Lisa Kudrow

A famous kid, Julian Murray Stern is the only child in the family. He is the son of actress Lisa Kudrow and advertising executive, Michel Stern. He was born on May 7, 1998, in Los Angeles, California. As of 2021, he is 22 years old.

As the firstborn kid of hugely successful parents, Julian had a strong upbringing. He spent most of his childhood with his parents, in California itself. Thus, he shares a great relationship with both his mother and father.

Talking of his nationality, he is American, and white Caucasian in terms of ethnicity. His birth sign is Taurus.

He Completed His Graduation From The University Of California

Coming from an educated family, Julian also has a strong academic background. In 2021, he finished his graduation from the University of California. He has a Bachelor’s degree in Fine Arts, Cinematic Arts, Film, and TV productions.

Julian’s mother Lisa also attended the graduation ceremony and also posted a photo, sharing her proud moment. She wrote an emotional and proud caption for the post. Check it out.

Moreover, Julian’s six minutes junior thesis film named Mind Made Up is also selected to be screened at the Portland Comedy Festival from June 10-13. Besides, Julian did his high school at Crossroads in Los Angeles.

As a famous star kid, Julian’s love life has been a subject for the media. There are numerous people around who want to find out if he is already married to a wife or dating a girlfriend.

Well, the fact is that Julian is not married yet. But does he have a girlfriend? Unfortunately, he has kept his love life completely away from the media and limelight. Even his social media posts do not hint at him being in a romantic relationship.

For now, all we can do is wait until he opens up about his relationship status.

His Mother Lisa Kudrow Is A Famous Actress And Producer

As we mentioned earlier, Julian’s mother is a successful actress and producer. She is primarily famous for her work in the American sitcom Friends. The actress began her comedy career as a member of The Groundlings, which is an improv and sketch comedy school in Los Angeles.

She made her TV debut in 1989 in a pilot episode of a TV series named Married to the Mob. Thereafter she appeared in numerous TV series but her breakthrough came with the American TV sitcom Friends. She appeared in the series from 1994 to 2004, where she played a character named Phoebe.

For her role in the series, she even became the highest-paid TV actress along with her co-stars Jennifer Aniston and Courteney Cox. She reportedly received $1 million per episode of the series in the 9th and 10th seasons.

Some of the most successful films and TV series of Lisa are Romy and Michele’s High School Reunion, The Opposite of Sex, Analyze This, Dr. Dolittle 2, Bandslam, and numerous others.

On the other hand, Julian’s father Michel is not into acting but rather is a French advertising businessman. Unlike Lisa, Michel is more interested in business than acting.

Julian’s Parents Are Married For Over 25 Years

The popular Friends actress Lisa is married to her husband Michel Stern for years. The couple married on May 27, 1995, in a very private wedding ceremony. Only a few close friends and family members attended their wedding.

But when did Lisa and Michel first meet? The duo met back in the late 1980s. At the time, Michel was dating her roommate but they soon broke up. Well, Lisa and Michel’s affair didn’t begin right there but after 6 years when they coincidently met again.

Needless to say, Julian has not started his career professionally. But he is an heir to a massive fortune of their parents. His parents are pretty successful in their respective fields and thus have earned a huge fortune as well.

As per the reports, Julian’s mother has a net worth of around $90 million. Similarly, Michel is worth over $1.1 million. Thus, Julian is obvious to inherit a large sum of his parents’ wealth.

Further, he will also definitely have a successful career in the future, which will also earn him good fortune.

As a celebrity Kid, Julian is pretty popular on Instagram. He has over 44k followers on his official Instagram account. On his social media posts, he pretty much gives insight into his personal and professional life.