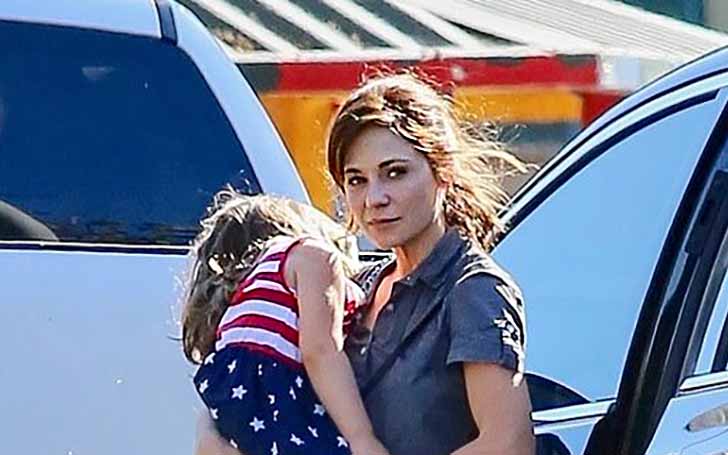 Elsie Otter Pechenik is the daughter of American producer Jacob Pechenik and television star Zooey Deschanel. Elsie is the firstborn daughter of the former husband-and-wife. Unlike many celebrities, Zooey and Jacob have kept their daughter out of the media radar most of the time. While Jacob has shared a couple of photos of his daughter, Zooey doesn’t really share her children’s photos on her social.

Elsie Otter was born as the first child of her parents Jacob Pechenik and Zooey Deschanel. She was born in late July 2015 in Austin, Texas. But unfortunately, her exact birthday is not known as of yet. Zooey and Jacob welcomed their first child shortly after their marriage.

Previously the baby mama told People she was engaged to her then-boyfriend Jacob and was expecting the pair’s first child. As a matter of fact, the former couple didn’t know the sex of their first child until they welcomed her.

A couple of months after the birth of Elsie, her mother, Deschanel said they were naming their daughter, Elsie after a sea animal “Sea otter.” The proud mother added

“We just really liked the name Elsie and then we both love otters – they’re very sweet and they’re also smart. They use tools … they hold hands while they sleep, there’s so many amazing things about otters. They’re wonderful animals.”

Besides, Elsie Otter’s maternal grandparents are Caleb Deschanel and Mary Jo Deschanel. Her grandfather Caleb is a renowned cinematographer and director while Elsie’s grandmother is an actress. From her mother’s side, Elsie has French, Swiss, English, Dutch, and Irish ancestry.

She Has One Younger Sibling

Elsie Otter Pechenik is six years old as of 2021. She has one younger sibling, brother, Charlie Wolf Pechenik who was born in May 2017 and is 4 years old. After Charlie’s birth, Zooey’s representative released a statement saying “Zooey, Jacob & their daughter Elsie are overjoyed to welcome the newest member of their family.”

Elsie’s parents Zooey Deschanel and Jacob Pechenik were married for around four years before they went their separate way. Her parents welcomed two children in their short marriage.

According to People, Zooey and Jacob first met on the set of the 2015 movie by Bill Murray, Rock the Kasbah. The pair hit it off and started dating straight away. After a short time, Deschanel and Pechenik became engaged in January 2015. Months later, the pair exchanged vows in the summer of 2015.

More than four years after their marriage, they officially announced their separation in September 2019 in a joint statement. They said they are “better off as friends” in the statement. Meanwhile, a representative for the couple told People,

“After much discussion and a long period of contemplation we have decided we are better off as friends, business partners, and co-parents rather than life partners.”

The statement further continues as:

“We remain committed to our business, our values, and most of all our children. Thank you for respecting our privacy at this time.”

Several media outlets reported that the former husband-and-wife had split a long time before they announced it publicly. And in October 2019, Elsie’s father, Jacob filed for divorce from Deschanel. He filed the case in Los Angeles County citing irreconcilable differences. In the official document, Jacob had mentioned the official date of separation as January 8, 2019.

More than one and a half years from the filing, Zooey Deschanel and Jacob Pechenik finalized their divorce on June 1, 2020. Besides, they agreed on sharing the joint custody of their two children.

Elsie’s mother, Zooey Deschanel is dating the Property Brothers alum, Jonathan Scott since August 2019. As a matter of fact, Zooey and Scott’s relationship became public around one week after the former’s split with her second husband Jacob was made public. Zooey and Scott reportedly met while appearing on Car Pool Karaoke. The couple has been together ever since, including social distancing amid the coronavirus pandemic.

Zooey and Scott are head over heels in love with each other which we can see in their social media posts. Both the lovebirds frequently share their photos on their socials. Meanwhile, Scott was also married previously; he was married to Kelsy Ully for a couple of years from 2007.

Previously, Elsie Otter Pechenik’s mother was married to musician Ben Gibbard. Ben is the lead vocalist for Death Cab for Cutie and The Postal Service. The ex-couple got engaged in December 2008, and they got married on September 19, 2009, in Washington. But just two years into the conjugal life, Zooey and Ben called it quits. They finalized their divorce on December 12, 2012.

Her Mother is a Millionaire

Elsie is just seven as of 2022, and at present, she is most probably attending her school. As a star kid, we can say Elsie is living a lavish childhood. Her mother, Zooey is an actress, model, and musician and she has earned well from her career. As of 2022, Zooey’s net worth is $25 million.