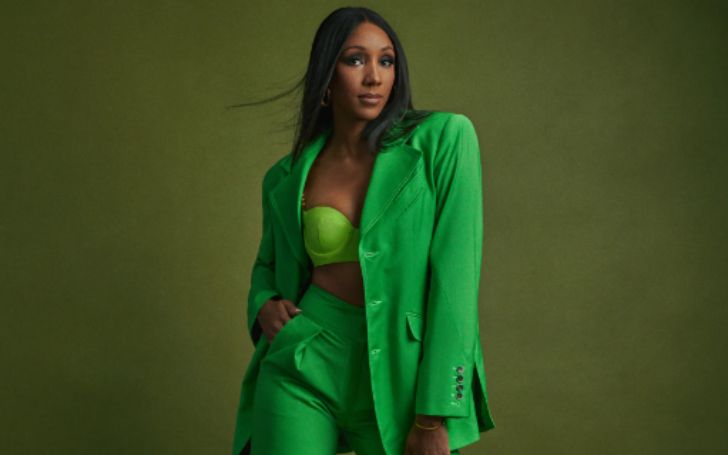 Maria Taylor is a talented woman of color, making her way as a sportscaster in the most racist and male-dominated fields of America. She worked for ESPN for almost 7 years before leaving the company in 2021 and joining NBC sports. Why, you ask? It’s all because of racism.

“Racism” is no new term for America. Almost every African-American person in the country at some point has faced racism. Even more so, some have even died because of it; hate crimes concerning racism are also very high in the nation. White people also often have the privilege to get away with this, which should in fact be considered a serious crime. However, it is inevitable. No matter how greatly we raise our voices, racism is something that’ll never go away.

Therefore, this article focuses on the 5 racist instances Maria Taylor has faced. Some things that she’s gone through as a Black woman/sportscaster aren’t acceptable at all. So, what are they? Let’s find out.

1. Maria Taylor’s Colleague Suggested That She Got The Job Because She’s “Black”

NewYork Times, on 4th July 2021, released a story explaining how Taylor Maria was suggested to have gotten her job due to her skin color. This absurd statement was made by none other than her own colleague, Rachel Nichols. She questioned the true merits of Maria, who is an extremely talented commentator. This shook the whole ESPN network.

The statement was made by Nichols while on a video call with LeBron James’ advisor in July 2020. She wasn’t aware that the call was on record and made the following statement,

“If you need to give her more things to do because you are feeling pressure about your crappy longtime record on diversity – which, by the way, I know personally from the female side of it – like, go for it. Just find it somewhere else,”

The host of The Jump suggested that ESPN only hired Taylor because they were pressured to have a more diversified office. They let go of Rachel, who also later, publicly apologized for her behavior.

However, apologizing wasn’t enough. Despite the rise in Taylor’s salary by the network, she left her job after 7 years and started working at NBC Sports.

2. She Was Blamed For Being Unprofessional After Refusing To Work With Nichols

Recently, MSNBC released a video where Maria was asked to talk about the whole incident with Rachel Nichols. In the short clip, along with the unfortunate incident, Taylor talks about how she was blamed for being “unprofessional” after leaving ESPN.

As it turns out, it was her own company that balmed her. They suggested that she overreacted to the whole situation and was unprofessional for refusing to work with Nichols. That woman questioned her morals by making a racist comment, yet instead, Taylor was the one to blame. The irony!

Joy Reid, along with other women of color who were in that video of The Culture is Black Women showed their support towards this sportscaster.

3. She Was Criticized By A Radio Host On The Clothes She Wears

A form of racism that most women of color face is sexism. Supposedly “white” women who wear slightly revealing clothes are less criticized compared to an African-American woman wearing the exact same clothes. This is what exactly happened to Maria Taylor in September od 2020.

Taylor was highly criticized by Dan McNeil, a radio host from Chicago. According to him, she wore clothes that were more “appropriate for an adult film”. He made this comment about the outfit that she wore while working the sidelines for a Monday Night Football Game.

Furthermore, this TV host didn’t stay quiet. She fought back at McNeil. However, this backfired as she soon received a hateful message from a fan.

Just a year before the incident with Nichols, in October 2020, Maria Taylor went to Twitter to share a message filled with hatred that her family received. The message contained very bad language and also described this TV host as “trash affirmative action hire” and many other things. It is reported that the text was from a college football “fan”.

What happened was totally unacceptable. Taylor was very angry with what her parents and brother had to face. She Tweeted,

“So to be clear texting my father, mother, and brother this hatred does NOT scare me and it will not keep me from doing my job.”

No matter the racism and hatred, Maria Taylor is indeed a courageous woman.

5. Besides Her Colleagues, Taylor Has Faced Racism From The Players As Well

In 2021, Kirk Herbstreit published a book, Out Of The Pocket: Football, Fatherhood, and College GameDay Saturdays. It is his autobiography, which surprisingly mentions Taylor for a brief moment.

According to the book, Taylor has faced racism from the players while working in college football sportscasting. Herbstreit was aware of the powerful conversation the host had with many footballers. He was even asked to review the videos before they aired, but admitted to not doing so.