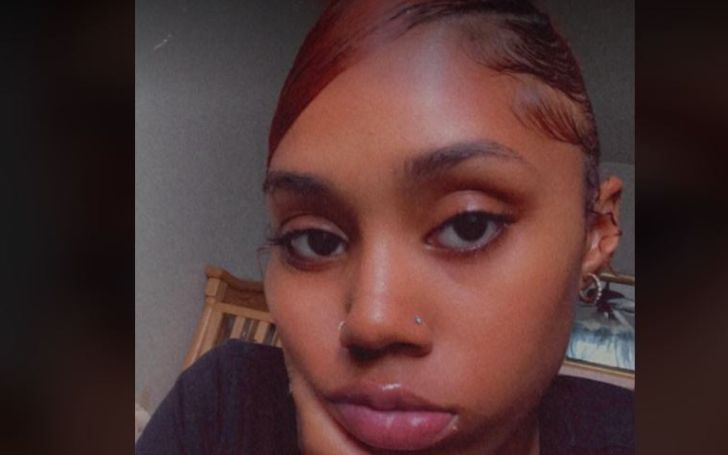 Taliah Webster is an actress who is known for playing Crystal in the Robert Pattinson starrer 2017 crime thriller film Good Time.  Despite Josh and Benny Safdie’s directorial having some A-listers, it’s Webster as Connie’s teen-girl ally who stands out with her seen-it-all unflappability.

Webster is a New York native who after her groundbreaking performance in Good Time hasn’t appeared in many more projects.

See what is the young actress up to these days; also know more about her life besides the camera, how she got to be a part of Good Time, her experience acting alongside Robert Pattinson, and more.

When Exactly Was Taliah Webster Was Born?

While IMDB claims The Crystal actress from Good Time, Taliah Webster, fully Taliah Lennice Webster was born on 23 May 1998, there are some other reports that suggest Webster was actually born a couple of years after the 2000s.

As such the young actress was 14 when she landed the role of Crystal. She is from Bronx, New York.

In Aug 2017, Taliah revealed she was taking her acting classes in High school as well as at HB Studio. To say more, she went to theater arts production company school A.K.A TAPCO.

The 20-or-something-year-old actress Webster got into acting thanks to her acting teacher who she says told her about a casting call for the movie, Good Time. Taliah said her teacher told her to go and which she did and a lot of callbacks later, Webster ultimately became one of the integral casts of film.

How Taliah Webster Got A Part In Good Time?

In an interview, Jennifer Venditti, one of the casting teams from Good Time, said she and her team found Webster at an open call.

Apparently, one of Venditti’s associates Geraldine who loved open calls met Taliah who was way younger than what the casting team had intended.

I think she was 14, but she was just sass. She went to a school in the Bronx [where] she had an acting class and her teacher told her about [the open call] and her grandmother brought her,

said Venditti of the time when she decided to go with Webster.

Taliah Webster Won The Role Of Crystal Out Of 600 Actors

When The Youngfolks in Aug 2017 asked if the street casting, is where all the non-career actors came into play, the film directors, Safdie Brothers responded,

The brothers then revealed Taliah was one of the 600 people who showed up to the open casting call to play Crystal.

Venditti, on the other hand, said she and her team decided to go with Webster because they were looking to tell a thriller set in today, using the fabric of today and they weren’t looking for movie stars but regular people.

Jennifer said while there were other girls that they looked at that had a little bit of a more sexy vibe, but [Taliah] wasn’t trying to be those things.

In the film, Crystal plays the sixteen-year-old girl who helps Connie (Robert Pattinson) maintain his cover and help him. Add to that when things suddenly go wrong, Connie gets her to come along, in the middle of the night, on another leg of his mad mission, to the Adventureland amusement park, on Long Island.

Webster On Her Time In Good Time

Good Time was Webster’s feature-film debut. Talking about her experience of being in a buzzy, independent film, the Crystal actress said

It’s amazing. You never think that you are the first thing that you do in the acting business would be a movie and it’s a pretty great movie.

She also said how fun it was to work with the Safdie brothers. The Bronx-born star mentioned working in Good Time gave her the opportunity to create bonds with everybody.

Webster said to be in the film was kind of her goal and her escape from everything.

As for sharing the screen with Robert Pattinson, Taliah said,

It was fun being with Rob. That’s my admiration. I adore this man. I’ve watched every single Twilight, so it was like actually doing it is just fun.

Her other acting credits include the 2018 short movie, Hair Wolf, and the 2019 series Caper.

Taliah Webster Was A Huge Fan Of Twilight Before Good Time

Taliah Webster has stated she had seen “Twilight” 500 times and has also admitted that she was exploding inside during the screen test with Pattinson for Good Time.

Webster admits to being obsessed with the Batman star. But she never showed it when she met for the film.

In fact, Good Time casting team says Taliah’s ability to contain the emotion yet be that intimate with someone she adores was one of the reasons she got the role of Crystal.

What Are Webster Upcoming Projects?

In Aug 2017 answering what was her next project going to be, Webster said,

Does Taliah Webster Have A Boyfriend?

While it is apparently unclear as to who Webster is dating in the present or even if she has a boyfriend in the first place, a couple of years ago, the Good Time actress did post a picture on her Facebook that somewhat gave a little bit of tease into that issue.

In the image, some guy is carrying Webster in his arms and is cheerily giving a smooch to the actress. Taliah too is seemingly enjoying the gesture from the aforesaid braided boy.

The unsettling concern on this though is this has been the only time Webster mentioned the man with a black T-shirt. Since then he has been nothing but a cryptic topic. As for the dating aspect of the Hair Wolf actress, the actress is yet to shed a light on it to a proper extent.