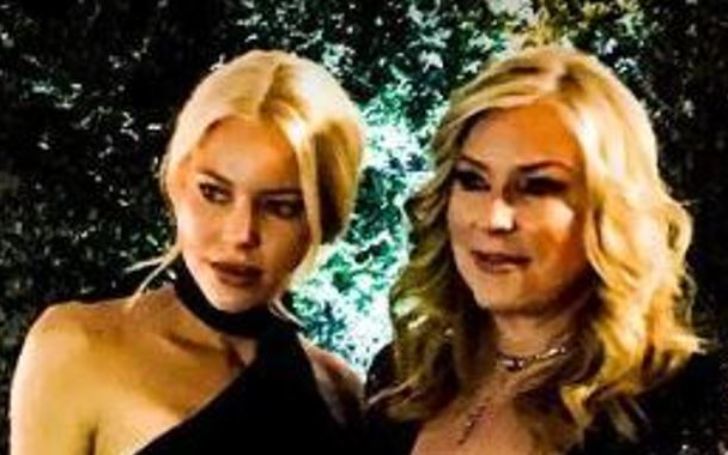 Jacquelyn Newell is the head of Ambrosia Home, a designer, and custom-made furniture based out of Las Vegas and California. She is better known as the daughter of Debra Newell, the woman to whom the infamous late con artist, John Meehan of the Dirty John was married. John was infamous as a con artist who seduced, swindled, and abused many middle-aged single women including Jacquelyn’s mother, Debra.

The ordeal of the Newell family which ended with John losing his life whilst trying to kidnap Debra’s youngest daughter, Terra, would receive several media narratives, screen adaptations, and others. Speaking of which, the true crime story also spawned a popular podcast series, as well as a Netflix miniseries, titled, Dirty John.

After John and the Newell family story since have gained nationwide attention. Among the many people involved with the case, as per the media narratives, Jacquelyn was the most vocal among her family about her hate for her mother’s late ex-husband. Jacquelyn though has remained the most private since the Newell family became a national storyline. Learn in detail about her; how is she in her real life, why she chooses to be secretive, her personal life, and more.

Jacquelyn Newell Is A Native Of OC; Her Parents Divorced When She Was Still Young

Jacquelyn and her siblings grew up in Orange County, California. As a child, her mother, Debra used to work as an interior designer whereas her father was in the construction business. Her father is now in his 70s.

Jacquelyn’s mother and father divorced around the late ’90s after which she and her siblings allegedly grew up under the surveillance of a lot of nannies as their parents were often busy.

The OC native and her siblings all grew up Christian as their parents never missed Sunday church. As per family members, Jacquelyn has been always assertive since she was young.

Newell is one of four daughters between Debra and her ex-husband. Her sisters are Terra, Kim, and Nicole, the eldest. According to reports, Kim and Nicole are her half-sisters.

Jacquelyn apparently also has a half-brother. While she is yet to specify her birth details, what has been reported is that Jacquelyn was around 24 when John Meehan came into her family’s life in 2014. She now henceforth is presumed to be in her early 30s.

The Californian, Jacquelyn is now the head of Ambrosia Interior Design a company that her mother started.

As a matter of fact, Debra during an interview with Forbes said she was able to come to LA once she felt like her daughter, Jacquelyn could take her company to Irvine, California. In the past, she also worked in sales for a plastic surgeon.

Jacquelyn’s mother, Debra met John through a dating site in 2014. They married quite shortly after that. Debra’s whole family was skeptical of John including Jacquelyn and her sister, Terra, from the beginning.

Right after he became a part of the family, John created many conflicts among the Newell family.

His chapter in the Newell family brought significant tension between some members and at times they were scared for their lives. They, however, eventually found out that John was a con.

After that, Debra and Meehan would part ways. Following that, John becomes a stalker and even threatens Jacquelyn’s family members. He eventually tried to abduct Debra’s youngest daughter, Terra.

It was apparently, also Jacquelyn, who after becoming wary of her step-dad, John decided to hire a private investigator to know more about him. She also bought a magnetic tracker and put it on her mother’s Tesla to trace John’s whereabouts.

Whilst following his movements, the relatively less famous Newell member also learned how her then stepfather frequently took strange routes. She also wondered why John’s fingernails were so dirty.

As such Jacquelyn having worked around doctors during her time as a saleswoman knew how clean their hands were. Debra’s second daughter, Jacquelyn had doubts about her mother’s then-new beau, John from their very first meeting. She had wanted her mother to leave John from the beginning.

Jacquelyn became cautious of John after she started receiving suspicious messages from her mother’s phone which clearly were not from her mom. She would also hear her mother, Debra, complain about how her money was missing from her wallet without her knowledge.

After the detective had completed his search Jacquelyn and her family including Debra knew John in the past had gone to jail multiple times, and had restraining orders from several women, in addition to being a heavy drug abuser.

Jacquelyn ex stepdad was a shrewd manipulator, compulsive liar, and an expert con artist. He had also ripped off several vulnerable women.

Jacquelyn Sister Killed John Meehan; What Is She Doing Now?

John’s chapter in Jacquelyn’s family would end on Aug 20, 2016. However, the conclusion wouldn’t come in an amicable way.

It would be Jacquelyn’s younger sister, Terra who put end to his eventuality by killing him in self-defense after he tried to abduct her. On the day of Aug 20, Jacquelyn’s sister, Terra had just reached her apartment at New Port Beach, California. She got out of her car and had just opened her door to let her dog out when John grabbed her from behind out of nowhere.

He shortly tried to stack Debra’s youngest daughter in his car whilst holding a knife pointing at Terra. At one point, Meehan even stabbed Terra’s right arm but the knife eventually fell to the ground.

Then Terra got her hand on the weapon and eventually ended up stabbing John. Once started impaling Meehan she would only stop at 13 with the final stab made at John’s eyes. Meehan would die four days later.

After the knife fight with her former stepdad, Terra suffered PTSD and struggled to overcome her psychological problems for a while. While Jacquelyn’s younger sister says she still struggles with her past trauma, she now has become a life coach and an influencer.

Terra helps people to deal with their own traumas and is also a blogger, podcast runner, and also sort of a social media star.

Jacquelyn Has A Different Name, Veronica Newell In The Series Version Of Her Story

After the whole John debacle, insiders from the LA Times created a podcast to retell what had happened. In the Netflix hit adaptation of Jacquelyn’s family and their struggle with the late John, the businesswoman, Jacquelyn is portrayed by the Ted Lasso actress, Juno Temple.

Though in the show, the writer changed Jacquelyn’s name to Veronica Newell on the saying of the main character of herself.

Upon the revelation of the news that her family’s story was going to become an entertainment project, Jacquelyn asked the producers to not use her real name. Apparently, Jacquelyn’s name is the only thing that the series has altered when it came to the characters.

Jacquelyn Newell Is By Choice Private; Even Her Pictures Are Hard To Come By

Although Debra and her daughter Terra often remain busy with the press tours, book deals, and others, Jacquelyn has seemingly remained withdrawn from the focus of interest.

Even according to the Dirty John showrunner, Alexandra Cunningham, Jacquelyn was hesitant to be in the story adaptation. The secrecy is so much so that she didn’t even allow to use her name in the series, Dirty John.

Temple who played Jacquelyn in the series also advocated for the now 32 years old’s decision to remain private. Not even the LA Times managed to put the image of Jacquelyn out in the open.

Debra’s daughter also preferred to remain closeted in the documentary, Dirty John: The Dirty Truth. Jacquelyn, however, was fairly in play with the interviews and giving answers to the reporters during the original LA Times podcast about John’s terror in her family.

She Isn’t On Social Media Either

Unlike her sister, Terra, Jacquelyn doesn’t have a social media presence, or at least that is what seems to the outsiders. Further, not even her family members have shared that many pictures of her on their respective socials be it Instagram, Facebook, or Twitter.