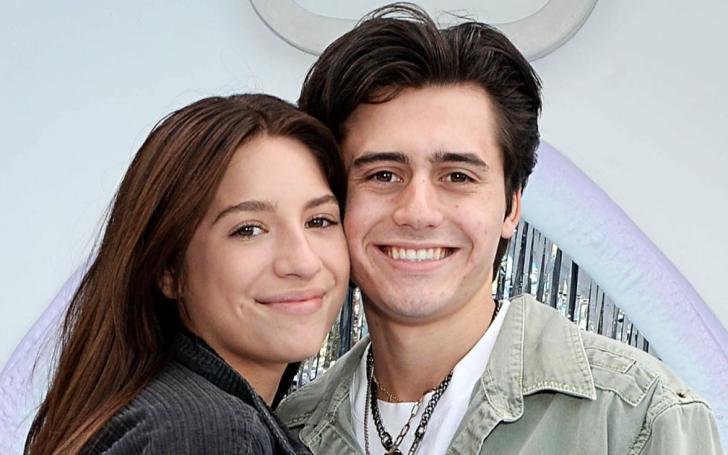 Ever since confirming their relationship, Mackenzie Ziegler and Isaak Presley were constantly on the news. Many times for their cute PDA-moments and their strong bond and sometimes for Isaak’s infidelity rumors.

The pair confirmed their romance rumors in 2019 but since early 2020, their relationship was on the edge and now they have broken-up. Problems in their relationship started when a viral video stated that Isaak cheated on his now ex-girlfriend Kenzie. Was the rumor true? Did Isaak really cheated on Kenzie?

Mackenzie and Isaak Broke up in May 2020: What was the reason?

Kenzie announced during a live Q&A in May 2020 that she and Isaak have broken-up. According to Kenzie both of them went their separate ways as they weren’t in the right mental state.

Nevertheless, her fans are not buying that. Even still many of them believe it was Isaak’s cheating rumor that led to the demise of their romance.

Did Mackenzie Ziegler ex-boyfriend Isaak Presley cheat on her?

As many of you already know, the entertainment world sure is a dark place when it comes to relationships and affairs. From infidelity to domestic violence, you name it, all sorts of hell break loose every day.

In the video, uploaded by Nicolette Gray, one of her friends, Cole is saying that she and her friend invited a guy over to their residence. At the time, the guy told them he is a YouTuber and works on Disney Channel. 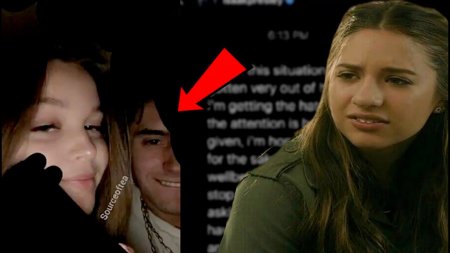 Isaak reportedly cheated on Kenzie with one of Nicolette’s friend.
Source: YouTube

Furthermore, the guy also stated he is not in a relationship with anyone. Gray’s friend Cole then divulged that after “stuff went down” they later found out he was in a public relationship. Although Cole never mentioned Isaak’s name, fans somehow figured it out that it probably was Presley.

You can take a full video below!

As soon as word got out about Isaak’s alleged infidelity, Kenzie took to her Instagram account to show her support towards Isaak. In an Instagram story, she wrote, “all of these girls are trying to say isaak cheated on me when HES W ME EVERYDAYYY.”

Whereas, Isaak also wrote his side of the story and defended himself. He said, “people rlly strive to ruin other people’s happiness.”

More to that, Isaak mentioned that the time those girls are talking about in the video doesn’t match. As on 5th and 6th, November he was with Kenzie. Isaak even went out of his way to prove it by sharing Snapchat of the duo from the stated date.

It was refreshing to hear Kenzie supporting her ex-lover all the way despite the odds stacked against him. Somehow it looks as if she was sure Isaak would never do anything like that.

However, her fans beg to differ. Kenzie’s fandom claimed Isaak is an infidel and his previous relationships also ended due to his cheating behavior. And what do you know, this relationship also ended after his infidelity rumors.

After the wake-up of the cheating scandal that literally rocked their steady relationship, Kenzie even shared a ‘Boyfriend Tag‘ video for a change. To be honest, they looked happy and loved up as ever. Take a look!

On the video, a number of people are still hell-bent on calling out Isaak for his infidelity.

Mackenzie Ziegler and Isaak Presley previously confirmed their affair in 2019

The former girlfriend and boyfriend were a fan favorited while they dated. They first met each other on the set of Dancing with the Stars 2019. 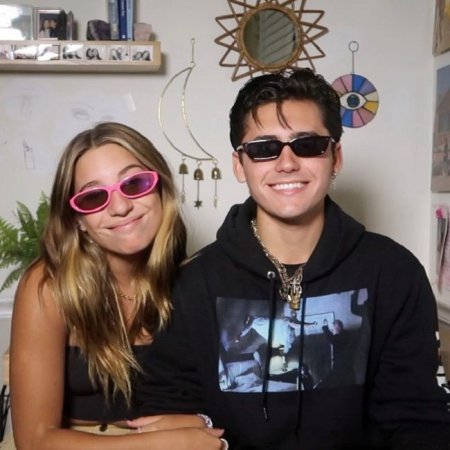 Sometimes later, the duo decided to meet up and their first date happened in a movie theatre where they watched, Annabelle Comes Home. It was from that moment forward they decided to take it up a notch.

Speculation about their relationship came in August 2019 when Isaak added a picture with the dancer. His fans were quick to ship the couple and commented, “The cutest couple eva.” And to confirm it, Mackenzie commented on the post with a bunch of red hearts for which Isaak replied, “bb.”

Since then, the visibly showed affection to each other and shared a lot of PDA-filled pictures on Instagram. Moreover, the former flames also have YouTube accounts wherein they added a lot of videos.

Meanwhile, speaking of her past affairs, Mackenzie was once linked with the Instagram influencer, Ashton Arbab. Rumors of their affairs came when in a leaked video, Kenzie was seen kissing Ashton. 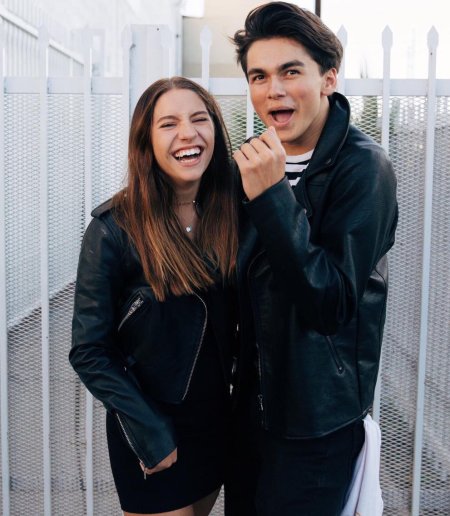 In addition, fans also speculated she went out with Johnny Orlando, a fellow YouTuber. Both Kenzie and Johnny collaborated in songs such as “What If” and “I Like Me Better.”

For more entertainment gossip from the celeb world, make sure to follow, CelebSuburb!!!