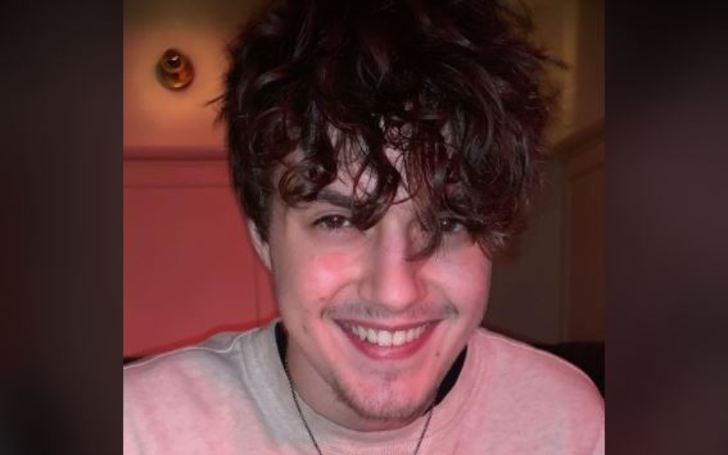 Keen Ruffalo is the son of the Avengers actor, Mark Ruffalo. He is the actor’s first child with his wife of over 20 years, Sunrise Coigney. Born in the early 2000s, Keen is now a young adult and is gaining a slight momentum in his traction.

It is pretty much evident that Mark Ruffalo takes pride in being a dad his kids want to hang out with. His socials tell he has a great relationship with his children, Keen, and his two sisters.

Keen may not have revealed if he wants to pursue Hollywood as a career, he though is familiar with the cameras and the celebrity lifestyle. In fact, he even has made a few or two appearances on the big screen. But what the son of Mark Ruffalo is really interested in? Does he even love to be on the public radar? Also does Keen have a girlfriend? Decode all these in the forthcoming reports.

Keen Ruffalo Ancestry Goes Back To Italian And French

The son of Mark Ruffalo and Sunrise Coigney, Keen was born on June 19, 2001 (age 20 years). His paternal grandmother, Marie Rose (née Hébert), is a hairdresser and stylist. Keen’s grandfather, Frank Lawrence Ruffalo Jr., worked as a construction painter. From his father’s side, the 20-year-old is of Italian descent, from Girifalco, and also is of half French Canadian ancestry.

Keen’s mother, Sunrise Coigney is a former actress and a businesswoman. In Hollywood, she is known as the wife of the Avengers actor, Mark Ruffalo, and has notable credits in films like In the Cut (2003), Campfire Stories (2001), and 100 Centre Street (2001).

Sunrise quit acting once she became pregnant with her first child, Keen. As of present, she runs her own online boutique store as well as an e-store for artifacts and antiques for home decors.

Keen’s parents, Ruffalo and Coigney met in the late ’90s and married in June 2000. They have been together ever since.

Keen Ruffalo Father Is Close With Him And His Siblings

The Endgame actor has often stressed that he is extremely close to his children. In an interview Mark said,

the Kenosha native told IndieWire in 2015 that he still knows how to play around with his youngsters every now and then. He added he is probably more like one of his kids in his family, “but the dominating kid.”

In November 2019, while talking to People, Keen’s father further said he enjoys moments where his kids open up to him and have deep conversations where they express their troubles. Mark disclosed it’s hard for Keen and his siblings, the age at which they are. He though stated his kids are way [savvier] than he was and that they are so engaged in the world.

He Has Two Younger Sisters

Four years after his birth, Keen’s parents welcomed his sister, Bella in 2005. Two years later in 2007, he got his second sister, Odette.

Although Bella doesn’t own any social media handles possibly because of her young age, Keen and Mark often feature her pictures on each of their Instagrams thereby giving plenty of insight into how she’s been doing.

Keen Ruffalo Likes To Be Alongside His Father

Ruffalo’s fans have been familiar with his first son, Keen since his early days as he started walking the red carpet with his famous parents at a young age. He may be among the celebrity kids who have attended the most Hollywood premieres, including Now You See Me in 2013, Begin Again in 2014, and Spotlight in 2015, among others.

While it is unclear if Keen wants to pursue in his father’s footsteps, he has had one credit on the big screen. The 20-year-old appeared as Keen in the 2013 film Begin Again, acting alongside his father and Keira Knightly.  Then in 2017, he went on to have an uncredited appearance in Thor: Ragnarok as one of the Sakaarzan citizens.

In addition to waking on the red carpets and acting in movies alongside his dad, Keen is also active on social media.

He And His Sister Crashed Mark Ruffalo’s Moment

During the Golden Globe 2021, the teenager, Keen and his youngest sister, Odette hopped behind their dad as he delivered his acceptance speech for Best Performance by an Actor in a Limited Series.

The eldest son of the Ruffalo couple and his sister decided to share their famous dad’s limelight during his acceptance speech at the 2021 Golden Globes. The event was virtual due to the pandemic, hence the then 53-year-old actor had to accept his award for playing twin brothers in the film This Much Is True from home.

Though this gave Keen and Odette the opportunity to crash their dad’s speech which they took.
After the presenter called out Mark’s name, his first son jumped into the frame to celebrate. Then, as the 13 Going On 30 star delivered his speech by the side of his wife, Coigney, Keen and Odette thwarted the moment by appearing on the frame.

Mark has a rather heroic story that involves his son and his pet dog. The story he first gave to the book No Better Friend: Celebrities and the Dogs They Love, by Elke Gazzara. The book compiles more than 50 touching and entertaining essays by celebrities about their beloved canine friends.

The Golden Globe winner’s part in the journal reads he and his wife had themselves a dog—a Belgian breed: Schipperke. The actor explains the dog was very protective and liked to climb things.

Ruffalo narrates when his son, Keen was about a year and a half old, they had bought a place in upstate New York with a pond and willow trees. The dog he named Frieda Number Two was the same age as the baby, but she weighed and she laid under Coigney and Mark’s son’s bassinet, protecting him.

Then one day, the Ruffalo couple were outside, and baby Keen was sitting on a blanket playing with his toys. Mark got a business call and dealt with a difficult issue. So, he strolled away so as not to yell in front of the baby. When he’d finished, Ruffalo said he turned and saw that his little son was waddling as fast as he could toward the pond. But Frieda was on his heels.

Before he could make his move, Frieda had already dashed in front of him. She then reared up, pushed against his chest with her paws, and knocked him on his fanny.

Keen Didn’t Have A Name For Months

Keen didn’t have names until the very end. While talking with Men’s Journal, his actor-father revealed he and his wife had a lot of names picked out. They, however, couldn’t find the one that could have gone with their first son. For the first two weeks, they tried a new name every day but to no avail. Then after two weeks, they got a phone call from the Department of Records that said,

‘Hey – you haven’t picked out a name for your kid! You have until 12 o’clock today, otherwise, his name is going down as Baby Boy Ruffalo – and it’s really hard to change.’

Then Ruffalo started flipping through the dictionary and when he got to the K’s, he called to Sunrise: “Baby? What about Keen?” The former actress then asked what it meant and after knowing she said “perfect.”

Does He Have A Girlfriend?

While Keen sure is appropriately a candidate expected to have a romantic partner of his own considering his ever so young age. And he certainly has that good looks thanks to his gorgeous parents.

However, Coigney and Ruffalo’s son is yet to share what lies in the core of his personal life; if he has a relationship or he just is not game for those sorts of things. He has posted some glimpses of his gateways with people around his age though Keen is yet to use a red heart emoji for some girl on his Instagram.

All about Senali Moss, Randy Moss’s daughter: Inside her life