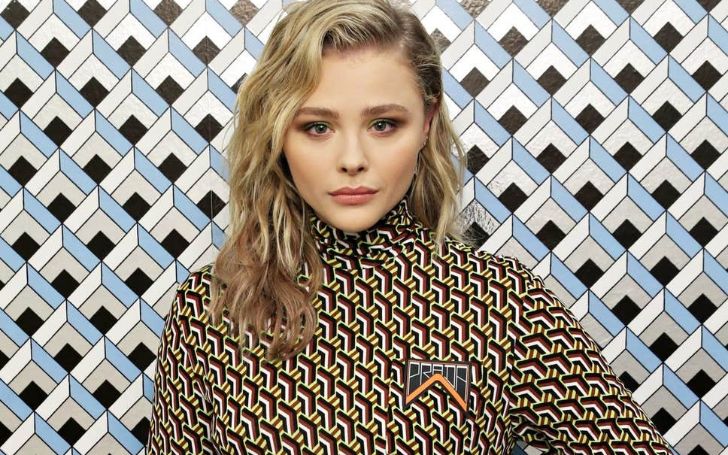 Chloe Moretz, born Chloe Grace Moretz, is an American actress known for her work in movies like The Amityville Horror, Desperate Housewives, The Eye, and many more. At 24 years of age, Chloe has achieved massive success professionally.

Well, when it comes to Chloe’s family and relationships, this aspect of her life has been a little rough. She has had a few boyfriends in the past that yielded nothing but left heartbroken.

Here, we will discuss all her life including her parents, siblings, net worth, and a lot more.

Dark Shadows actress Chloe was born on February 10, 1997, in Atlanta, Georgia. She grew up in Cartersville, Georgia along with her parents and siblings.

Her father McCoy Moretz is a plastic surgeon by profession whereas her mother, Teri Duke, is a nurse practitioner.

Well, Moretz is not the only child to her parents but she has four older siblings, brothers Brandon, Trevor, Colin, and Ethan.

As per Chloe, her family is a strong follower of Christianity.

She Developed Interest in Acting Because of Her Brother

Moretz developed an interest in acting after she along with her brother Trevor and mother moved to New York City after her brother got accepted into the Professional Performing Arts School.

It was because of her brother Trevor’s affiliation with acting that inspired her to pursue acting. In fact, her brother helped her enough with the basics of acting and even helped her to learn, read, and deliver dialogue.

Chloe made her debut as an actor in the 2004 CBS series The Guardian.She appeared in two episodes of the series where she played the character named Violet.

Shortly after this, she made appearances in TV series like Family Plan, My Name Is Earl, The Emperor’s New School, Desperate Housewives, My Friends Tigger & Pooh, American Dad!, and a number of others.

Chloe Grace Moretz Movies: She Made Her Film Debut in 2005

23 years old Moretz made her film debut in 2005 with The Amityville Horror. In the same year, she appeared in Heart of the Beholder and Today You Die, which happened to be hugely successful.

Her other movies are Girl Rising, Clouds of Sils Maria, The Tale of the Princess Kaguya, Brain on Fire, November Criminals, to name a few.

Moreover, she has two upcoming movies lined up to release. In 2021, she will be seen as Kayla in Tom and Jerry. Further, she will also be seen in Shadow in the Cloud, which is in its post-production. The release date of the film is not announced yet.

She Is Allegedly Dating Kate Harrison

If rumors are to be believed, Chloe is dating American model Kate Harrison. The rumors of their relationship began after they were seen kissing post a dinner date at Nobu in Malibu, back in December 2018.

Chloe and Kate were again spotted together in Auckland in June 2019. The two were accompanied by Chloe’s brother Trevor and his boyfriend Nick.

Chloe reportedly went to Newzealand for the filming of Shadow in the Cloud.

While the couple is yet to confirm their relationship, the rumors have definitely stirred questions on Moretz’s sexuality.

Chloe Moretz Boyfriends in the Past

Well, Moretz’s relationship status in 2020 is a little blurry, she has had a few open relationships in the past. In fact, she was pretty much candid about her last boyfriend Brooklyn Beckham.

Here is the list of all the men she had dated.

She Dated Brooklyn Beckham For a Long Time

Chloe and Brooklyn’s relationship went on for a pretty long time. The couple began dating in July 2014 and were in an on and off relationship for years before breaking up in April 2018.

Her ex-boyfriend Brooklyn is the eldest son of the popular former footballer David Beckham. He is a model by profession.

Well, any of her other relationships, her relationship with Fuller was also short-lived. They reportedly began dating in January 2013 and broke up in May 2014.

Similarly, in March 2016, there were rumors that she was seeing Brazilian footballer Neymar. The rumors began after Chloe shared a video of them together on her Snapchat.

Prior to that in 2011, she was reported dating Daybreak actor Colin Ford.

As per Celebrity Net Worth, Chloe owns a net worth of $12 Million in 2021. Needless to mention, she owns most of her money from her acting career.

As per Business Insider, she received a total of $550,000 as remuneration for appearing in Denzel Washington movie The Equalizer, back in 2014.

Moreover, she also adds to her wealth through endorsements.