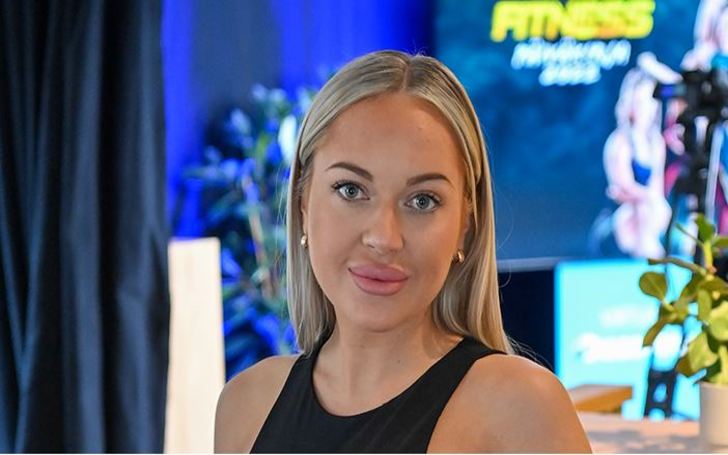 Erna Husko is a Finnish-Estonian fitness instructor and an Instagram model. Husko is famous for her online fitness coaching, specializing in buttocks. The health advisor/content creator is also famous for her workout tips.

Husko mostly makes headlines for uploading footage of her training in the gym and showcasing her toned body on her moblogs. As such in Nov 2021, she became a sensation with one of her TikTok videos hitting more than 43 million views.

The footage went on to receive worldwide attention. In fact, the Australian singer Troye Sivan, among others, parodied over Husko’s video to their own TikTok. With close to 400k Ig followers over 1.5million Tiktok subscribers, Husko may be of some interest even beyond European boundaries. So know her journey to stardom, her early life, as well as her personal affairs.

Erna Husko Was Born In Estonia

Husko, fully, Erna Huskolla was born on August 27, 1997, in Estonia. At 12, she moved from Turku to Tallinn with her sister and parents to pursue an international career as a figure skater. As a child, she was a professional.

In 2019, Husko would move back to her nation, Finland. She reasons it all happened because she wanted to grow up as a person. In one of her Youtube videos, she revealed how much she still had to achieve in life and that Tallinn was too small for her.

Husko gained wide recognition during the course of her participation in the Fitness Model 2017 competition. She was 19 at the time. By September 2017, several local and international tabloids started talking about the blonde/silver-haired fitness guru.

She soon became a notable face for her so-called butt pictures and buttocks training program.

Husko was also in the final of the Wellness Model Competition in 2020. Further, she is one of the four members of the Discovery+ series, the Fitness Diaries 2022.

She also has her own clothing line, Coco Erna. Erna’s other apparel line, The Confidence Collection is her first clothing drop.

Additionally, she is a trainer at Golden Booty Gym, Finland.

She Was A Figure Skater

Before becoming a fitness instructor, Erna Husko was a figure skater. The girl had been in it professionally for years but later left to devote herself to fitness.

While talking to MyHits in May 2018, Husko revealed the reason why she quit her skating career.

“As far as figure skating is concerned, it all got out of hand in the end. I had very low weight,”

She also remembered being under 97 lbs and disclosed how she was not getting as much energy and strength from the exercises as before.

Husko ruled the trauma was one of the main reasons why she decided to switch from figure skating to something else. She additionally said that her diet changed a lot after going to the gym: she stopped starving and started eating healthy foods.

After adopting a healthy lifestyle she also started helping other girls in the fight against extra pounds.

People Accused Her Of Having Surgical Enhancements For Her Butts

In Dec 2021, an anonymous source for the portal Elu24 reported Husko resorted to a plastic surgeon’s services to enlarge her buttocks.

The source also went on to add the man who drove around a silver Lamborghini paid for the procedure, presumably a well-known Estonian businessman Karim Barak.

The former pageant, however, refuted such allegations. On several occasions, she assured – her outstanding form was exclusively the result of regular training.

Erna Husko Though Admitted To Having Breast Surgery

The speculations of her butt’s surgery were in light of her own admission to going under the knife for her breasts.

Huska revealed in one of the “Fitness Diary” episodes that she did go through breast augmentation.

But when it came to her buttocks, she said they were trainable, but that couldn’t be the case with breasts. She claims her famous butt is the result of a lot of work and effort, and no surgeon played a role in this.

“It’s hard for people to understand that buttocks are trainable, but that’s not the case with breasts,”

She added all she had ever done was thousands of hours of training and a healthy lifestyle.

Does Husko Have A Boyfriend?

While nothing about her current romantic partner is in the descriptions, Erna has admitted that she had been in a bad relationship. Though she confessed it was rather she who was to blame.

In episode 11 of the Fitness Diary 2022, she opened up about one of her bygone relationships where she disclosed how she lied about things to her partner.

She stated how she herself had concealed messages and that she was a really bad person in her past relationships, and lied about things.

The beauty activist said she used to be a bad and deceptive person to her significant other, but the same thing happened to her in another one, which she admitted to giving her bad feelings.

She believed it was Karma. Husko said the hurt put her in shock and the Finnish international reported she just couldn’t stand it for a while. She additionally complained of being in shock for a couple of days.

Husko, however, didn’t mention who her former other half was.

Some Site Does Insinuate She Has A Fiance

The news of Erna Husko having a fiance came when Husko in the Dec 2021 episode of the Fitness Diaries talked about how she was getting fed off of her fans getting way out of line.

She revealed the behavior of fans in recent years getting outrageous. The Nordic citizen reported some have even appeared on the doorstep of her fiancé, and they even stalked him.

The Finnish-Estonian trainer said she very rarely spends time alone in a public place. She, however, still didn’t mention the identity of her husband-to-be.

Other Facts About Erna Husko

In 2020, IS reporting the tax data of many public figures revealed Husko earned a whopping 176,741 euros in a single year.