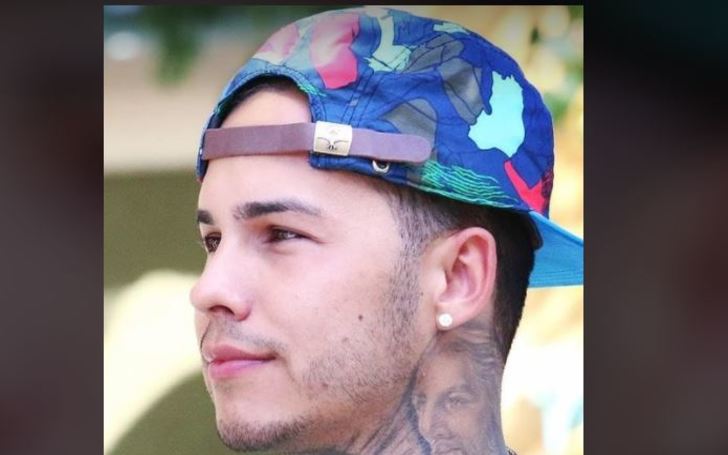 Derek Deso is an American YouTube star who rose to popularity for posting extreme pranks on his channel. He boasts over 2.5 million subscribers, and the figures are only rising. Deso manages to get a hold of his viewers’ attention via the extreme nature of his videos. His pranks and challenges often push the boundaries.

Derek Deso, to some extent, is kind of a big deal on social media. While he may not be a household name, Derek entertains an impressive number of followers across several of his social media accounts.

His videos primarily involve unconventional “challenges,” such as eating the world’s hottest chip or filling a box with mystery items, and making friends and family guess what’s inside. The article down below will look at an in-depth version of Derek’s life his Youtube career, his relationship with his current as well as former partners, and his life on and off the media fame.

Derek Deso Was Raised By A Single Mother

Derek Deso was born on April 27, 1987, in Los Angeles, California. He reportedly comes from a single-parent family. His mother raised him and his siblings all by herself.

Derek often features his mother in his videos.

On the other hand, the social media star has hardly mentioned his father and is likely not in the picture.

Derek Deso Has A Twin Brother

Derek has an identical twin brother and his name is Ryan Deso.

The Californian celebrity’s womb mate also joins him on his YouTube shenanigans, occasionally.

In fact, in one incident, the siblings switched each other personalities and didn’t tell their respective girlfriends for a whole day.

In addition to Ryan, Deso also has a younger half-brother named Steven.

Derek Deso began his career as a Youtuber by creating a group channel on the video platform by the name, TheBoogShow in August 2010.

For this, he collaborated with his friends: NesBoog, Qbanguy, and Lil Moco.

The group uploaded their first video in the mid of August.

He Is Married To Sophia Turner

Deso’s wife, Sophia Turner is a regular on his channel, and she contributes heavily to his content as well. Together, Derek and Turner form one of the most recognizable couples on YouTube. They first met each other in Vegas at a beer park.

A few months later, Derek asked the bland beauty influencer to marry him to which she agreed.

Derek Deso And His Wife Pull Pranks On Each Other

What’s interesting about this couple is the two often lead their viewers into thinking that they might break up on any given day.

The couple is notorious for pulling pranks on each other that normally threatens or likely even tear apart a normal relationship.

At one time, Ms. Deso pranked her Youtuber husband telling him she became pregnant through an affair. To that, her then-boyfriend replied saying he’s cheated on her. This was when they were just a few days shy of getting married. right before the wedding

His wife, Sophia Is An Influencer

Sophia is a beauty enthusiast and also an aspiring content creator. Her business page describes her as a ‘Lash Tech, Hair Stylist & Salon Owner’.

She, apparently, designs eyelashes and displays her products on Instagram in addition to providing makeup, styling, and cooking tips on her videos.

Similar to her current husband, Sophia also has her own YouTube channel. She, however, is not as consistent with the contents as her fiancé.

In August 2021, Derek Deso and his wife, Sophia announced they were having a baby via artificial insemination.

The couple went through some troubles when trying to conceive a child of their own.

He Also Has A Step-Son

In addition to his impending biological son, Derek also has a stepson from Sophia’s previous relationship. The Youtuber with close to 3million subs is quite close with his partner’s son from her former union.

As expected from Deso, his stepson also got the taste of his urge to do practical jokes.

The Golden State resident once tricked Quincy by telling him he had another girl in life despite being married to his mother. He additionally told his stepson not to report this to his mom. Quincy later anyway revealed the whole thing to Sophia and shortly after finds that it was all a prank.

The video albeit hit attracted more than a usual number of backlashes from his viewers. Some argued it wasn’t appropriate of Deso and Turner to talk about infidelity and test his loyalty to his mother.

Derek Deso Had Another Girlfriend

Before dating Sophia, Derek was the boyfriend of Lycette Cornejo. Much like Sophia, Derek and Lycette were also frequent collaborators.

Their relationship, however, ended mid-2017.

It was a rather messy breakup. They had also attempted to get back together, but it didn’t work out.

Derek and Lycette announced the split on each of their YouTube channels.

It was a mutual agreement and it has nothing to do with YouTube — not the YouTube pranks, or the challenges of daily vlogging, or editing, or anything like that.

Deso stated while reporting the news.

He Was Arrested For Protesting

Back in the summer of 2020, amidst the Black Lives Matter movement, Derek was among the protesters who the police arrested in Los Angeles.

The police arrested Derek and some of his fellow protestors reasoning they were outside past curfew.

Turner’s husband later posted a video on YouTube and in it he poured out his dissatisfaction with the police system.

“It’s funny how it works because we are giving away masks, telling people to spread love and not hate, we go to jail. Shit’s funny,”

Derek is among the many YouTubers who have used their reach to speak for the Black Lives Matter message. He has participated in several demonstrations and also urges his followers to spread messages for anti-racism.

One other fact worth remembering is the June incident isn’t the only time Derek faced the law authorities.

Two years earlier in April 2018, he was experienced a brief prison time after having an altercation with a random guy on the street. As per Sophia, the man was an addict and often used to cause trouble nearby.