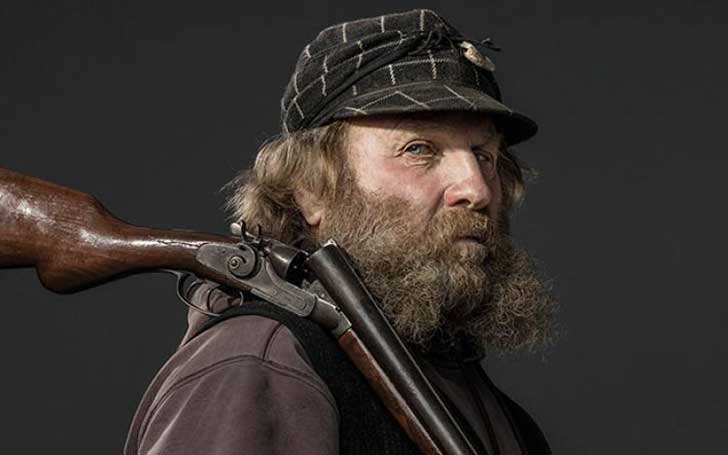 Rich Lewis is an American reality star who is famously known for his work in History series, Mountain Men. Lewis had already made his way to stardom before he started working on the History show. In those days, Rich was known as the mountain man. The nature lover who has saved cattle from predators’ attacks for decades.

Rich Lewis was Born and Raised in Idaho

Rich Lewis, the Mountain Man, was born and raised in Idaho. Details about his birthday and childhood are not revealed as of yet. Lewis was a nature-lover from his childhood days. After he became young, Lewis started traveling towards the northern parts of the United States. Later, he fell in love with the natural beauties of Montana and started living there.

After moving to Montana, Rich Lewis became passionate about tracking animals living in the snow. Specifically, Lewis developed an interest in tracking mountain Lions. He and his wife help the villagers to move their cattle around safely and protect them from predators.

Some online sources reported Rich said he has been protecting the local animals for a while. He also said his works are necessary as hunting animals can rarely find food in the area and the cattle are the easy pickings.

He first came to the public eye after he killed a mountain lion in Montana in 2007. Back then a mountain lion reportedly killed local dogs in the Twin Bridges area that drew the attention of the Montana Department of Fish, Wildlife, and Parks. The department later decided to kill the animal after finding its abnormal behavior.

Rich killed the lion safely, however, he lost one of his hounds in the process. Later, the mountain man told the lion to surprise them and attacked them before they could defend themselves. Rich lost his favorite hound, Roxie, in the battle.

Lewis is Fond of Dogs

Rich Lewis is greatly passionate about dogs. His fans who have seen him on television might know, he always has his dogs with him. The hounds help him track the wild animals and run them out of the town and sometimes kill them.

In one episode of Mountain Men, during its early season, one of Lewis’ dogs, Brady died. After seeing it on television, three hunters and ardent fans of the show traveled more than 1,600 miles and gifted Rich a new dog.

He Left Mountain Men in the Seventh Season

Mountain Men is an American reality show that premiered on History channel in May 2012. Rich Lewis joined the show in its second season in 2013. Since then, he was the major character of the show that went on to win millions of hearts across the globe.

Rich worked on the History show until the sixth season in 2017. Many of the show’s fans were disappointed after they didn’t see their favorite cast. As a matter of fact, his departure from the show wasn’t made public before the seventh season premiered.

Meanwhile, many of Rich’s fans and online tabloids rumored that Rich left the show due to the low payment, but it wasn’t the truth. As reported, Lewis said he was getting old for acting as well as his reflexes were slowing down due to which he left the show voluntarily.

Despite being a celebrity for over five years, Rich Lewis hasn’t shared much about his personal life. Rich has been married for around three decades, however, it’s not clear if the husband-and-wife have children or not. We hope Lewis will share his personal life with his fans in the near future.

Rich Lewis is a Sober

Television star Rich Lewis sober since 1994. The back-story behind his soberness is not well-known.