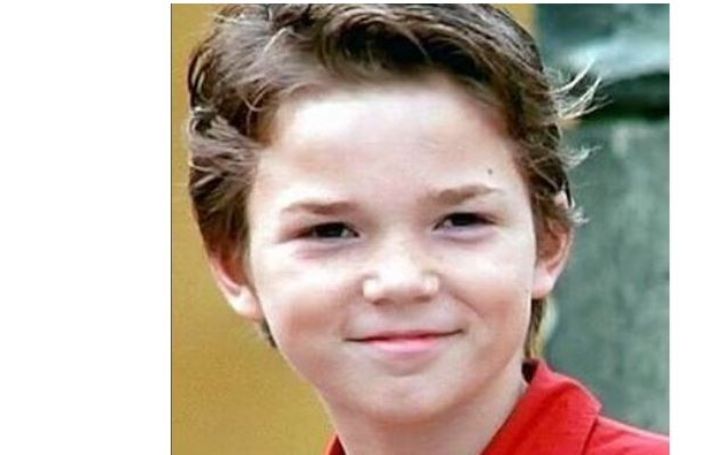 Rollo Weeks fully Rollo Percival Loring Weeks is a British actor who is best known for his titular roles in the films The Little Vampire (2000) and The Thief Lord (2006). He additionally is known for appearing in the BBC series It Might Be You and in the miniseries Berkeley Square.

Weeks who is more familiar to British audiences is also the younger brother of Honeysuckle Weeks and Perdita Weeks; both of his sisters are actresses.

Know what is doing in the present; has he quit acting, is he married, does he have a family of his own, his relationship with his actress sister, and more.

Rollo Weeks First Faced Camera When He Was Six

Rollo Weeks, the younger brother of Honeysuckles and Perdita Weeks, was born on March 20, 1987, in Chichester, West Sussex, UK. He is the son of Robins, an advertiser, and Susan, a former actress, and once the  Conservative candidate for York. In an interview, the English star said his parents used to live precariously. He added his folks were keen amateur dramatists when they were at school.

His parents named him after the ‘famous wolf’ after his family’s most traceable ancestor (Vikings). Rollo attended Sylvia Young’s Theatre School and later, Stowe School.

The now 34-year-old, Weeks has been acting since the age of two. His elder sister, Honeysuckle in 2014 while talking The Late Late Show with Craig Ferguson said Rollo’s first screen appearance was for a Devon Custard advertisement, aged 6.

Rollo also used to host tables at Amika in London. He then worked as a Bar Tender for his friend’s company for 5 years. He also worked at a pop-up that his friends had launched.

Weeks was then a Manager at a sketch in Mayfair, London, a Parlour Bar Manager.

He used to do the basic managerial stuff: rotas and managing the floor and then eventually started to take over planning the nights and booking the DJs and live performances.

The film from the director Uli Edel earned Weeks a Young Artist Award nomination. He then appeared in Stephen Poliakoff’s The Lost Prince (filmed 2002, released 2003) as the young George, Duke of Kent. The film was about the disabled Prince John.

After The Lost Prince, Rollo starred in Peter Weber’s film Girl With a Pearl Earring (2003). And then in the post-war English drama film The Queen of Sheba’s Pearls (2004). His next major role was as a title character, Scipio in The Thief Lord (2006). The movie from the helmsman, Richard Claus took the storyline of Cornelia Funke’s novel The Thief Lord.

In 2009 Weeks was one of the casts in the second part of the Shark Week special Blood in the Water. The same year the English actor also played the character, Guido, in the movie, Chéri. The following year, he played Jacob in the feel-good film,  Booked Out. It was about the lives of characters within an aging block of flats and Weeks’ first lead role as an adult.

As for the small screen, the younger brother of Honeysuckle and Perdita has also appeared in two television shows. They are Berkeley Square (1998) as Lord Louis Wilton and Goggle Eyes (1993) as Joseph. He additionally played a potentially gruesome character: the young Attila in the 2001 mini TV series, Attila.

His Sisters, Honeysuckle And Perdita Weeks

As mentioned, Rollo is the younger brother of actresses, Honeysuckle and Perdita.

The former is known for portraying Samantha Stewart (later Wainwright) in the ITV wartime drama series Foyle’s War. People also recognize the 42-year-old, Honeysuckle for starring in international shows including Frankie Drake Mysteries, The Five, Lewis, Death In Paradise, Foyle’s War, The Wicker Tree, among others.

Rollo’s eldest sister, Honeysuckle was the fiance of the poet and musician Anno Birkin for a short period. The relationship ended when Birkin died at age 20, in a car crash in Italy in 2001. Rollo’s sister later married hypnotherapist Lorne Stormonth-Darling. Her husband is of the landed gentry family of Lednathie, Kirriemuir, Scotland. With Stormonth Darling, Honeysuckle has a son, Wade.

As for his other elder sister, Perdita Weeks, she is also in the same line of business as her two siblings and is known for playing Juliet Huggins in the CBS reboot series Magnum PI.

She additionally has been in hits like Ready Player One, Penny Dreadful, The Invisible Woman, and others.

When he was 13, he used to go skateboarding a lot.

Back in Oct 2000, when giving an interview for his then-new film, The Little Vampire actor talked about his love for skateboarding with Variety.

At the time, The Lost Prince actor said,

“I was in makeup an hour in the morning every day and they’d have to redo it every three or four hours because I went skateboarding a lot and got very sweaty.”

He used to skateboard with his The Little Vampire co-star Jonathan Lipnicki.

He Auditioned For Harry Potter

In an interview, Weeks when 13, revealed he had also auditioned for the role of Harry Potter but didn’t get it.

“I was up for Harry Potter, but I didn’t get it but wasn’t disappointed, can get back to school and get back to my work,”

revealed the West-Sussex-born star in 2000 with Variety.

Rollo Weeks Once Tried To Open His Own Business

He once said of hoping to be either a pro skateboarder, a successful businessman or a famous actor. In fact, some sources do report he once had launched his own business.

As such, in 2016 Weeks was reported to be one of “a dynamic trio of young hospitality industry insiders” opening a new fast food outlet called Fancy Funkin Chicken in Coldharbour Lane, Brixton. The restaurant, however, closed permanently in 2020 for undisclosed reasons.

What Is He Doing Now? Is Rollo Weeks Married?

What’s intriguing about the junior-most Weeks sibling is he, as of present, goes by the name, Rollo Wade and from what it appears has shifted his career into photography. The cameraman’s social media handles include a handful of collections of nature’s snapshots and occasional stills of his sisters as well.

As for whether he has a wife or a romantic partner, the answer is anything but apparent or known in the knowledge of general people. Though worth remembering here is, in the early 2000s, the actor was rumored to have had dated the Narnia star, Anna Popplewell.

In fact, over the last few years, Weeks has remained withdrawn from acting and seemingly is quite busy with a low-key life.

The actor turned photographer allegedly splits his time between London and Madrid and works for London based production company & marketing agency, Gro Studio as a creative director.