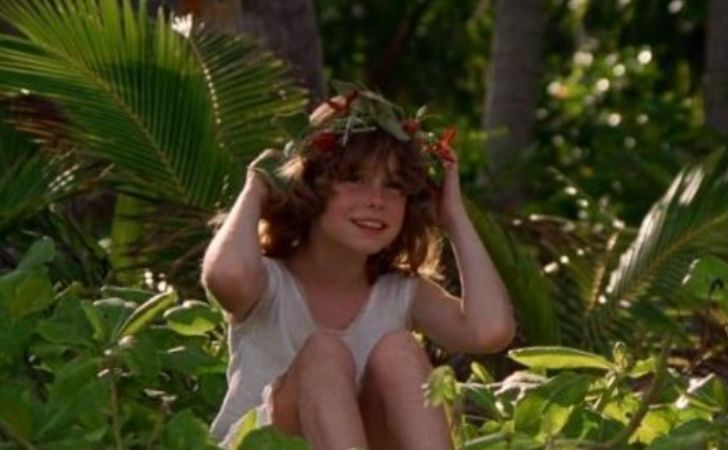 Elva Josephson is a former actress turned math teacher from New Jersey who is known for playing young Emmeline Lestrange in the 1980 romantic survival drama film, The Blue Lagoon. While the film was panned by critics upon its release, it did perform exceedingly well at the box office grossing over $58 million against the budget of four and a half million.

In addition over the years the film has also become a topic of argument for many moviegoers be it the audience or the critics; be it for its controversial take on teenage sex or the actors’ performances. And although the film pushed its lead actress Brooke Shields to future prominence, there are still a few or two instances where some of the movie’s cast are still put into words.

Case in point, Elva Josephson, the former child actress now however is an absolute no show in Hollywood and with that has also come to the question regarding what she is doing and all. To learn scroll through the ensuing headings that include Josephson’s career as a child actor, what was her last film credit, what is she doing now, is she married, and more of the same.

Elva Josephson Is From New Jersey

The Blue Lagoon actress Josephson who was born mid-April 1973 is a native of New Jersey. The now 49-year-old is the daughter of father Herbert Josephson and mother Mary Winifred Cowie. Her late dad, Herbert apparently was a musician by profession. Elva mostly grew up in the city of Beach Haven New Jersey.

She also has a sister Jami Josephson Chace who allegedly is an entrepreneur and works at Shaklee Corporation, a manufacturer and distributor of natural nutrition supplements, beauty products, and household products. Josephson was home-schooled throughout her early childhood. She later studied at Red Bank Regional High School.

As for college, the ex-child actress studied at SUNY College at Old Westbury (a public college in Old Westbury, New York) in Mathematics and Education.

Elva Josephson’s Career: She Was A Model Before Becoming An Actress

Before films, Elva was in modeling since her childhood. Josephson was among several kids from Beach Haven NJ to take part in quite a handful of photoshoots. As for her acting career, the New Jersey native started it sometime in the early 1980s; also as a child.

Josephson’s first screen debut was in the 1980 TV movie, Hardhat And Legs. In the 1980 film, the then seven-year-old played the character of Deedee Botsford in the movie. It was also the year, Josephson played young Emmeline in what would be her one and only notable film, The Blue Lagoon.

Though the Randal Kleiser directorial wasn’t the end of Elva’s acting career. She would do a couple of more screen time before unofficially pulling down the curtain on her acting career.

After The Blue Lagoon, Elva played Sue Bradley in the 1982 romantic comedy film A Little Sex. The same year she would also act as Bonnie/Elva Leff in the comedy-drama film Author! Author! alongside veterans like Al Pacino and Dyan Cannon

Her last on-screen role though uncredited was in the 2007 TV series documentary 20 to 1 where she appeared as Young Emmeline in the episode, Sexiest Movie Moments.

Is Elva Josephson Still Acting; What Is She Doing Now?

For all that she’s been living what clearly seems to be a normal life, it has been quite obvious that Josephson has unofficially long said goodbye to acting.

Some years after leaving acting, the former child actress, Josephson as per her Facebook moved to New York in 1991. She later, in 1997 relocated to Sunrise Florida.

Josephson as of now is based in Red Bank, New Jersey. For the line of work, the Author! Author! the actress is apparently a math teacher in Newburgh Enlarged City School District.

Josephson started her job as an academic professional in September 2017. She formerly also worked as a teacher at Greenburgh Academy in 2014.

Josephson Is Married And Has Children: Who Is Her Husband?

For years, after Blue Lagoon, Elva to the movie watchers was noteworthier as a child star. It wouldn’t be much of a difference to say she is now completely living a normal life in New York. And she is indeed a wife and a mother like an average being. Turns out, after stepping away from the movie business, Josephson married some guy named Dmitry Grosman.

Grosman apparently is a businessman and inverter by profession. According to his Facebook, Josephson’s husband’s job includes sharing ideas regarding money management through his socials.

He reportedly is also an animal lover. While it is unclear when exactly Josephson and the businessman married each other, some posts from social media show the couple tied the knot on the 29th of August sometime in the late 90s. Josephson & her entrepreneur husband have been together ever since.

Together they are also parents to a son, Ethan Grosman, and a daughter, Jordan Grossman. Josephson’s son,  Ethan apparently is a student at Belmont University. Back in 2020, Elva announced the news of her son getting accepted into Belmont through her Facebook.

On the other hand, Josephson’s daughter, Jordan is a graduate of the State University of New York College at Old Westbury the very institute where her mother studied.

Kim Kardashian Unworried About Ex Kanye’s Investigation; Rather Enjoys Date With Her Mother