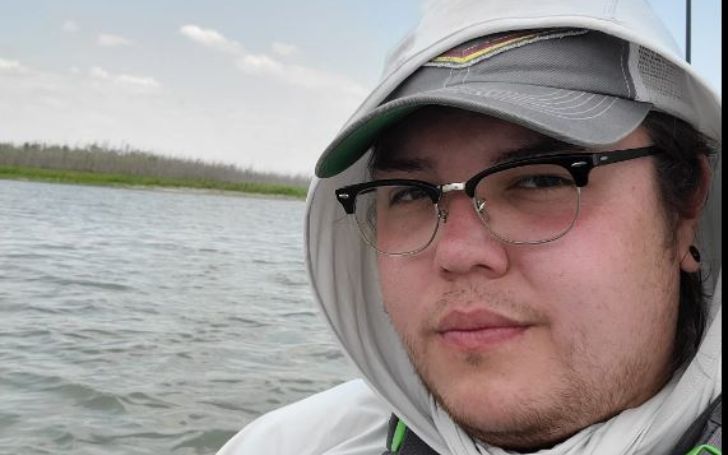 Giani Quintanilla is the son of Abraham Isaac, A.B. Quintanilla III, a Mexican American singer who in turn is the elder brother of Selena, the Como la Flor singer. Consequently, Giani is the nephew of the Queen Of Tejano Music. AB was also his late sister’s primary record producer and songwriter. He was additionally the bass guitarist in his sister’s band, Selena y Los Dinos.

When alive, Abraham helped Selena spawn hits like Como Te Extrano, Como La Flor, and No Me Queda Mas. The people in the Latin community often referred to the late Selena as the Mexican Madonna. Although the father, AB was among the member of Selena’s group, he later become famous in his own right. Gian’s father is a member of Kumbia All Starz which has produced songs like Chiquilla, Paree Que Va a Llover, Speedy Gonzales, and others. The group has been popular in South America.

Giani’s aunt while died in the 90s still manages to prompt some scrutiny every now and then and some of the watching outs occasionally also call for her siblings and even her nephews and nieces. Having said that here are some worth-the-look pointers in regards to one such family member of Selena, Giani Quintanilla.

Giani, who was born in 2000, is one of the eight children of the record producer and songwriter, A.B. Quintanilla. The now 22 years old has an elder half-brother, Svani who is almost nine years old older than him.

In addition, Giani, the descent from Mexican and Cherokee ancestors, has three half-brothers and two half-sisters all born between 1989 to 2007. The mothers of the rest of his children though are a bit of a mystery including Giani’s.

Among all his siblings including himself, Giani’s elder brother, Svani seemingly has the closest relationship with his father, AB Quintanilla. Svani, himself is also a father to a daughter.

His father, A.B. Quintanilla, is the oldest of the three children of Abraham Quintanilla Jr. including the late Selena Quintanilla and Suzette Quintanilla.

Giani Quintanilla’s Father Married Multiple Times; Who Is His Mother?

Giani’s father has had relationships with numerous women and has been married multiple times. The Fueno singer, however, has never publicly revealed who is the mother of Giani.

AB Quintanilla celebrated his first marriage at age 24 when he tied the knot with a woman named, Evangelina Almeida. The nuptials took place in April 1988 in Corpus Christi. With Almeida also Vangie, the Toppenish-born songwriter had his first and second children, Svani, and daughter, Martika.

Giani’s mother, Vangie also used to tag along with AB and his late sister, Selena on their tour. Vangie and the father of eight would eventually end their union and three years later, Giani’s father, AB married Heather Grein in 2002.

Together they would also become parents to two sons, Abraham and Elijah. This marriage too would end shortly after which Giani’s father, Quintanilla III would wed Brenda Ramirez in late 2004.

Ramirez and Giani’s father, AB’s union would also end eventually. Then in Nov 2011, AB married his other girlfriend, Rikkie Leigh Robertson. They, however, divorced five years later in 2016. Giani’s record producer father and Leigh produced no children. He had announced the separation from Rikkie at a concert.

AB, as for now, is the husband of an Argentinian woman, Anjelah O. They married in Sep 2019 in Las Vegas, Nevada.

The composer of Mexican descent kept this marriage a secret for a while.

Some say the reason behind his more than several failed marriages was because of the trauma he experienced after the death of his sister.

While he fathered quite a number of children through his multiple marriages, he, at times, reportedly failed to provide for all of them. As such back in 2017, he got himself on the list of the top 10 most wanted men in Corpus Christi.

People reported the officials had begun looking for him after he failed in his financial obligations as a father. He became sought-after following his negligence to pay child support to his ex-wives.

Later, in consequence, the bass guitarist would serve some time in Nueces County Jail. He would eventually agree to pay the child support and get out of prison. The money he owed allegedly was around $90,000 in addition to medical and attorney’s fees.

Giani’s father, for his defense, said everything was just misunderstandings and that he didn’t deserve to go to jail.

Is Giani Quintanilla Also A Musician?

While some of his siblings do follow their father and allegedly have aspirations to pursue careers in music, it is unclear if Giani also has the same aspirations.

AB once revealed three of his children had already entered music of which two had reportedly become bassists and one in the drums. The King Of Kumbia though didn’t name who these children of his were.

One Of AB Quintanilla’s Sons Went Missing; Was It Giani?

Back in March 2021, AB was once again in the headlines after reports began claiming one of his children had been missing. It, however, wasn’t Giani who had disappeared. It was the Washington-born musician’s other son, Elijah. He apparently wasn’t in contact since a day prior. Elijah’s mother later informed the police but they couldn’t locate him for two nights.

AB, on the other hand, said his son wasn’t actually missing. Giani’s half-brother, Elijah, though, was later found after which he issued a statement on social media confirming that he indeed had gone missing.

He revealed the reason he remained contactless was that he had argued with his mother and one of AB Quintanilla’s ex-wives. Elijah, however, said he was sorry for making his mother worry about him.

Where Is Giani Quintanilla Now; What Does He Do?

Giani’s now deactivated Facebook states his address as Rockport, Texas. The 22 years old last updated his social media handle on Nove 22, 2021. Prior to that, Giani’s uploads basically included images of himself just strolling around.

Again from the looks of his Facebook, Giani seems quite detached from the rest of the Quintanilla members. While, his vocalist father, AB never misses to give shoutouts to his eldest son, Svani, on his own socials, the Amor Prohibido songwriter has hardly mentioned his other son, Giani, or his other children for that matter. Though it’s unclear what’s the real deal.

Also, something that is inapplicably written or still unscripted is the marital whatevers of AB Quintanilla’s third son. While his elder brother, Svani has a daughter whom he frequently shows to his fans through his Insta, it doesn’t seem like Giani has had any relationship serious enough to have become a father out of it.

Giani’s singer aunt lost her life after one of her friends and a boutique manager, Yolanda Saldivar gunned her down on March 31, 1995. Saldivar was also her assistant and president of her fan club.

Selena was 23 at the time of her death. Giani’s father, AB Quintanilla was devastated following his sister, Selena’s death. Following the tragic incident, the deceased Latin artist’s band no longer existed and AB also took a break from music. He later resurfaced in 1999 with his new act, the Kumbia Kings.

Giani’s old man and the father of eight, AB Quintanilla is to all appearances rich with a net worth not far off $5 million. The brother of Selena made his fortune mostly through his affiliation with the Kumbia King and Kumbia All-Starz and even through his late sister’s legacy.

Almost each of Selena’s family members profited off of the late R and B singer one way or the other. For example, her brother and Giani’s father, Suzette, Abraham II, and even her husband, Chris each have a reported net worth of around $5 million.

Her brother, AB, and her sister, Suzette has boosted their late sister and in turn, even their own financial standings through Selena’s merchandise promotion, be it Selena Barbie dolls, or clothing in the singer’s iconic style. While there has been no new music from Giani’s slain aunt for years, Selena’s net worth nonetheless has continued to increase even after her death.

During the time of her death, the Live! the singer reportedly had a mere wealth of around $160,000. After her death, it was the Quintanilla patriarch, Abraham II or Mr. Quintanilla who took over her estate and other profitable commodities including film rights, series, etc. And now the wealth apparently sits within the domain of eight figures. Not to mention, Mr. Quintanilla too accrued gains in millions from his daughter’s works.