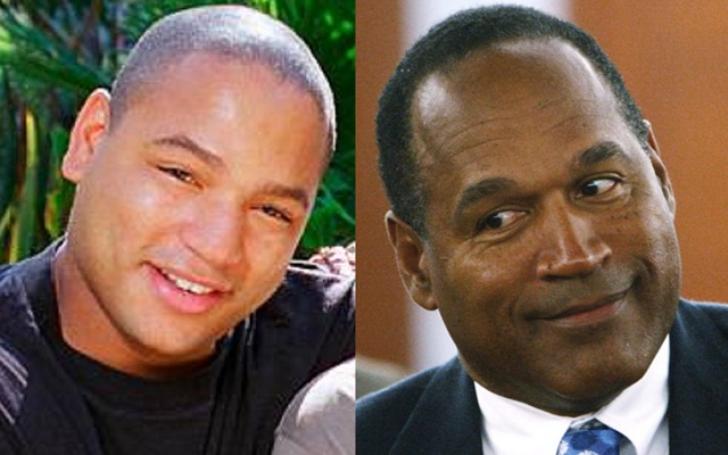 Ever since his father divorced Marguerite and married Nicole Brown, Jason, and his sister Arnelle have been out of the media attention. To this day, Jason lives a rather secretive life but his name comes out in the media every now and then. Primarily because of a lot of speculations pertaining to his involvement in the death of his step-mother, Nicole Brown, and her male friend, Ron Goldman.

Today let us unearth some secrets about the otherwise hidden Orenthal James Simpson’s son, Jason Simpson. In addition to that, we will also take a look at some other interesting facts!

Jason Simpson is the son of O. J. Simpson and Marguerite Whitley

Jason Lamar Simpson was born on April 21st, 1970, in Florida. He is the second child between Orenthal James Simpson and his first wife Marguerite. Jason belongs to the African-American ethnicity and has American nationality.

Jason’s parents were married for more than a decade. They had exchanged vows on June 24th, 1967. At the time of their marriage, O. J. was only 19-years-old. From their marriage, the couple welcomed three kids including Jason.

Orenthal and Marguerite divorced in March of 1979, a year or two after he met his second wife, Nicole Brown.

It was one of the most devastating moments in the Simpson family. O. J. and his wife lost their youngest child in a tragic accident and that too when she was only 2-year-old. She died after drowning in the family’s swimming pool.

It was a beautiful Sunday morning and the family, just like they used to, were hanging out by their backyard. All of a sudden, both O. J. and his wife left their infant daughter unattended and she fell in the swimming pool. They later discovered her unconscious and although they tried their best to revive her by doing CPR, it was already too late.

After his parents separated, his dad married, Nicole Brown, whom he met at a nightclub named The Daisy. After a short time, the pair tied the knot on February 2, 1985. The couple remained in a marital bond for seven years before divorcing in 1992. From their marriage, the couple became a parent of two kids, Sydney Brooke Simpson and Justin Ryan Simpson.

Tragedy struck in the life of Nicole Brown when she was murdered alongside one of her male friends, Ron Goldman. It was on June 12th, 1994 when she was found dead at her residence in Los Angeles, California. At the time authorities arrested Simpson after they found a bloodied glove in his backyard.

After several trials, the court acquitted Orenthal of all the crimes. But to this day, there are many speculations that Jason might be the one who murdered his stepmother. Rumors like these came to prominence due to Jason’s troubled past. From assault to possession of dangerous weapons, he has done it all.

His dad Orenthal had two children from his second marriage to Nicole, one daughter named Sydney Brooke Simpson and one son named Justin Ryan Simpson. To this day, there’s one thing that many people are curious to know and that is whether the Simpson siblings are close to one another or not.

Although all four of them have appeared in a number of public events in the past, nowadays they aren’t seen very much together.

Jason Simpson was a troubled child since an early age

We all know how divorces are. It not only separates two people but also creates a rift between them. And this divide is always harsh on the kids, especially when they are just young.

Likewise, when O. J. and his first wife Marguerite separated, their kids were teenagers. Although the older one of the brood turned out pretty well, their son Jason didn’t bode well with the separation.

Now many of us know how people mix themselves up with drugs and alcohol whenever they are faced with adversities. Similarly, Jason also mixed himself up with alcohol and drugs, and that too when he was just a teenager. Due to his addiction, he used to have uncontrolled anger and violent outbursts more often than not. In order to contain his mental troubles, he was admitted to the UCLA Neuro-Psychiatric Institute for a Mental Condition. He was later diagnosed with ‘Intermittent Rage Disorder.’

It is all due to such mental health issues that people, to this day, accuse Jason of murdering his stepmother and her friend.

Aside from his other troubles, Jason also gave his family a lot of trouble due to this suicidal tendency. Throughout his adolescent life, he tried to kill himself a number of times.

One time he tried cutting his arms while on the other hand, he tried overdosing on Depakote.

What is Jason Simpson doing nowadays? He is a Chef

As of now, Jason works as a chef. He literally turned his life around after all the trouble in his past. At the moment, he works as the executive chef at two restaurants Golden Eagle and Muchacho in Atlanta. His specialty is cooking different types of delicious tacho dishes. Both of the restos received a lot of praise and media spotlight due to their high-quality dishes.

He started his career at a Mexican eatery called Border Grill in Los Angeles, California. Some times later he was offered the position of Chef de Cuisine position at a Michelin-starred restaurant, Melisse in Santa Monica.

After moving to Atlanta, he started working at the Chef de Cuisine at restaurateur Ford Fry’s St. Cecilia, an Italian restaurant. He worked there for three years.

What is His Net Worth? Jason Simpson Father is a Millionaire

Even though we have a clue that Jason currently works as a chef, there are very few details on how much he earns from his profession. So, as of early 2022, it’s a little difficult to estimate Jason’s net worth and earnings at present. On the other hand, Jason’s father, O.J. Simpson is a millionaire. He has an estimated net worth of $3 million as of 2022.