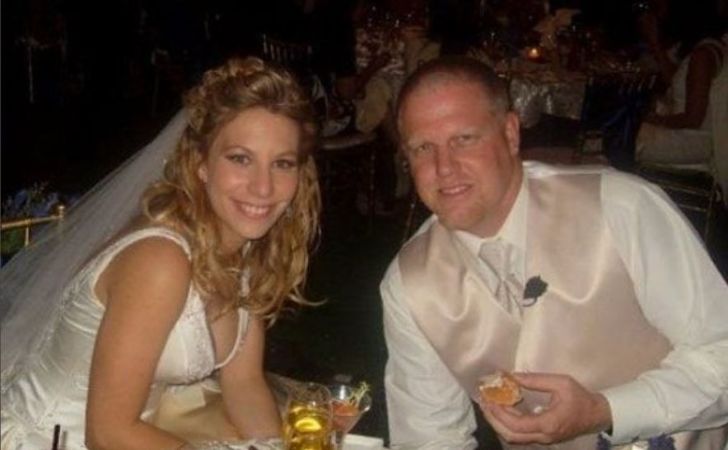 Brahman Galanti, born as Brahman “Bo” Galanti, is the ex-husband of American businesswoman Lyssa Chapman. She is the daughter of American TV personality Duane Chapman. Besides, she is widely recognized for her role in the American reality TV series Dog the Bounty Hunter.

Galanti was married to Lyssa for over 2 years. Moreover, they also had two children from their marital relationship. Unfortunately, the couple could not sustain their relationship for a long time. So, what is Brahman Galanti doing at present?

In this article, we are going to talk about his career, relationship, children, and a lot more interesting details.

Talking about his parents, Galanti seems to be pretty close to his parents, but he has unfortunately not revealed much about his mother or father. Also, there are no details on his academics but undoubtedly he is an educated individual.

Brahman Galanti Is The Ex-Husband Of Lyssa Chapman

If you didn’t know, Galanti was in a marital relationship with his ex-wife Lyssa Chapman. They married on February 20, 2009, and their wedding ceremony was held in Oahu, Hawaii.

But how did Bo and Lyssa first meet? Well, according to the Sun, the couple met around 4-5 years before they actually tied the knot. They came across when Brahman was with her parents when he was trying to recover from his addiction to drugs. At the time, Lyssa’s father Duan helped addicts overcome their addiction.

Talking about their first meeting with The Sun, Lyssa stated,

I actually met him through my parents who worked a lot with people in recovery and they used to hire people to do stuff around the house, and that’s how I met Bo, through his recovery program.

While they dated and eventually walked down the aisle, their relationship began to turn sour around 2 years into marriage.

Soon after getting married, Bo who was an addict in the past relapsed after 14 years. He started taking drugs and was very abusive to his then-wife Baby Lyssa.

According to the reports by RadarOnline, he abused Chapman on multiple occasions including on the new year’s eve of 2010. Soon after that, he became pretty consistent with the consumption of drugs and abused his wife more often. Lyssa even kicked him out of the house but he came back and repeated his behavior. On the matter, Chapman said,

She kicked him out of the house in October but he came back. She’s kicked him out a few times. He hurt her back. Gave her bruises, contusions and a black eye.

Despite all her attempts, Lyssa who did not want to involve the police in the matter took counseling who suggested her to end the marriage. A source close to the couple said,

She was confused,” the source said. “But then they went to counseling a few times. Even the counselor told her to get out of the marriage

Thus, Brahman Galanti’s then-wife filed for a divorce from him in February 2011. It was finalized later that year.

From her marriage, Bo also had a daughter named  Madalynn Grace Galanti, who was born in 2009. But unfortunately, he has not been able to spend much time with her daughter because he was serving sentence for 4 years.

As per the reports, Bo was arrested in February 2016 for crashing a stolen car into a police van. After his release in 2020, Lyssa who has already separated from him stated that he was also charged with problems related to drug addiction.

Soon after his release, Brahman took the opportunity to meet his daughter Madalynn. Well, the ex-couple kept the reunion a surprise, where Lyssa picked Bo from the airport to her home and asked Mady to help with coming out where she saw her dad. She stood speechless as tears rolled down her cheeks. Talking about the same, Lyssa said,

Apart from Mady, Brahman has two more children Serena Galanti, and Abbie Mae Chapman. Serena was born in 2005 from his previous relationship which he has not revealed yet.

On the other hand, Abbie is the daughter of Lyssa from her past affair which Bo adopted after their marriage. He shares a great relationship and the couple co-parented their kids even after their divorce.

After facing a charge for four years and released in 2020, Brahman has been living a decent life. He is sober again and doing pretty well in life. He occasionally spends her time with his daughters. However, he has kept himself away from the media and limelight.

besides, he has also kept his Instagram private at present. Likewise, he is also active on Twitter with 76 followers.