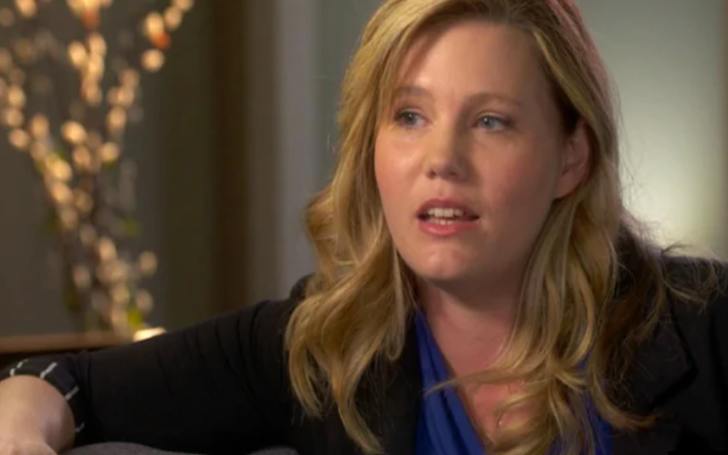 Angel Dugard is the eldest daughter of Jaycee Dugard, born after her mother was raped by her captor at just 13 years of age. She along with her mother and sister gained recognization after Jaycee released her book A Stolen Life- A Memoir, based on her struggles as a captive of Phillip Garrido.

Growing up in confinement to a physically and mentally abused mother, Angel had a very unusual childhood. In fact, she is still under the trauma she underwent as a child. So, how is her life at present?

Well, here is a detailed account of Jaycee Dugard’s daughter Angel Dugard’s life in 2022. We will also talk about her career, relationship, & much more.

Angel Dugard’s Birth Was A Result of A Rape

The beautiful Angel Dugard was born in August 1994 to a 13 years old mother Jaycee, who was impregnated by her captor Phillip Garrido. Although Garrido is technically the father of Angel, his relationship with Jaycee was of a captive & a kidnaper.

Angel’s mom was reportedly kidnapped by Garrido when she was only 11. After that, he continuously raped and abused her for years while she was imprisoned. After her pregnancy with Angel, Jaycee was simply given some Analgesics and was shown some delivery videos, and left to give birth to the baby on her own.

Born in such circumstances, Angel had a very traumatic environment to grow up in. She didn’t get a chance to formally attend school and was instead homeschooled by her mother.

Sadly, Angel Dugard and her sister were very young to understand what they were going through. In fact Phillip, her mother’s abuser made them believe that he and his wife Nancy were their parents while their biological mother was introduced to them as their sister.

Moreover, even after their rescue from the captive, the kids Angel and Starlet showed attachment toward Phillip for a long time. When asked about the matter in an interview, Jaycee said,

“I want them to make their own choices in life, and if that’s something that they need to do, then you know I’d … I wouldn’t be OK with it. But I wouldn’t let them do it.”

She also revealed that she doesn’t want her daughters to get close to him but she also thinks that her daughters are sensible enough to understand what is good for them.

Angel’s Mom Was Kidnapped From A Bus Stop

In 1991, an eleven-year-old girl was found missing from a bus stop near Lake Tahoe. Although it was not revealed who abducted her, it was later disclosed that she was kidnapped by a criminal named Phillip Garrido. This was not Garrido’s first case. He had a very revolting criminal background.

Before Dugard’s case, he had already spent 15 years in prison for a harassment case. As per reports, he continuously raped women for 8 hours in a rented storage container. Moreover, he also married his childhood friend Christine Murphy who he abducted after she threatened to leave him of his abusive nature.

An abductor, serial rapist, pedophile, and hebephile Phillip was also later also concluded as a “sexual deviant and chronic drug abuser” by the 1976’s court law.

On 2009, Dugards were finally rescued. It all started after Phillip started showing up at the University of California, Berkeley, campus with his daughters Angel and Starlet. Phillip’s behavior and activity were observed to be quite abnormal which made the college police suspicious when they started interacting with him.

Later, when they started investigating, it was revealed that he was a convicted sex offender on parole. Moreover, the police officers also later found out that Phillip, who claimed the kids he visited within the college as his daughters, actually never had a daughter as reported in his previous documents submitted during his prior conviction.

Well, when asked about why Jaycee never attempted to escape the prison, she stated the physical abuse and mental manipulation as the reason. She stated that Phillip made her believe that he would kidnap other girls in case she ran out of here which she didn’t want. Talking about the same in an interview, she said,

As we said earlier, Angel is not the only child of Jaycee, but she also has a younger sister Starlet Dugard, who was born in 1997. Her mother was only 17 years old when she gave birth to Starlet.

Both of the sisters are very close, however, they have kept themselves away from the media. As per the reports, the siblings currently study at the University of California.

After coming out of the captive, Angel Dugard’s mother decided to share her story with the world. She published a book named A Stolen Life after 2 years in 2011.

Angel’s mother revealed that she wanted to share her experience because it was not her fault for any of the things she had to go through. She shared her experience so that she would inspire other victims to speak up for themself. Moreover, Jaycee dedicated the book to her daughter Angel and Starlet.

What is Angel Dugard Doing Now?

It has just been over a year since Angel has been leading a normal life. After her rescue from the kidnapper, she had to go through a lot of counseling to overcome all the trauma she underwent along with her sister and mother. Well, as of now, she is leading a happy but low-key life.