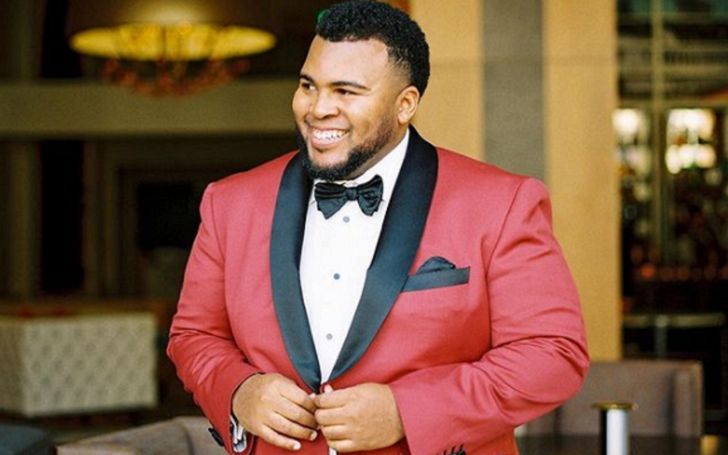 Asaad Amin (aka Asaad Amin Ali) is the youngest son of the late legendary boxer, Muhammad Ali. His late father is considered one of the greatest and most celebrated sporting figures of the 20th century. Although Asaad was the adoptive child of Muhammad, the relationship between the father and son was more than biological. He once said about what his father meant to him, “Muhammad Ali was more than just my dad.”

Unfortunately, Muhammad died back in June 2016. Asaad must be missing his father in the heyday of his life. But, what is Asaad Amin is doing at present? Has Amin also followed his father’s career paths or is involved in any other field?

In the meantime, let’s also explore Asaad’s personal life and know if Asaad is married. And if yes, who is his wife? To know the answers to all the questions, take a sneak peek here in this article!

As we mentioned earlier, Asaad is the adopted son of the late boxer, Muhamad Ali. The boxer and his wife Yolanda (“Lonnie”) Williams decided to adopt Asaad after meeting him via Lonnie’s sister who coincidentally was taking care of her friend’s baby who was none other than Asaad. After they saw Asaad, Ali and his wife fell in love with him and decided to take him home. Amin was just five months old at the time Ali and his wife adopted him.

Talking about his age, Amin is aged 35 as of early 2022. He was born on 12th March 1986, in the United States of America. Even though the information regarding his biological parents still remains a mystery, Asaad has had a strong bond with both of his adoptive parents. He spent most part of his early days in a small town in Michigan.

“We had a farm. It was somewhere to get away from everything.”

“It’s really small, no one is going to look for you there,” added Asaad Amin.

Although Asaad’s father was one of the most legendary boxers of all time, he has always preferred ball sports. He extensively played football, basketball, and baseball in high school. The star kid later decided to focus on baseball and started playing as a redshirt catcher on the team throughout his freshman year. As a catcher, Asaad even made a record of 50 wins.

In 2009, Asaad went on to study at the University of Louisville, in Louisville, Kentucky. He there became part of the Cardinals baseball team but left the college in order to work for the Chicago White Sox as an area scout in 2011.

In the meantime, Amin spent a few months working in Major League Baseball. Likewise, he served as a coach at the college level until returned to the University of Louisville to finish his bachelor’s degree from the College of Arts and Sciences.

Asaad Amin has been married to Rachel McNulty for over three years. They tied the knot on 28th December 2018. Their indoor wedding ceremony was held at Omni Louisville Hotel, a 4-tar hotel in Louisville, KY.

Talking more about the event, there were nine groomsmen, all dressed in black suits.

Who is His Wife? Know About Their First Meeting

Asaad’s wife, Rachel is a teacher and a cheer coach. The two came across each other when both of them were at the University of Louisville back in the early 2010s. McNulty graduated from college in 2013.

Back in June 2016, Rachel told Courier-Journal, that Asaad is a down-to-earth person who “doesn’t want people to treat him differently just because of who his dad is.”

It’s been over a decade since the two are together and are still leading a happy relationship.

Asaad Amin Has a Daughter with His Spouse

Amin’s wife Rachel gave birth to their first child, a daughter named Zoey on 4th September 2020. A day after her birth, Ali announced the big news with the photo, only showing the head of the baby girl on Insta. He wrote,

“Yesterday at 6:29 pm my life forever changed, I am now a forever bodyguard to this sweet baby girl!”

Following the birth of their first child, Amin, who is the content producer for the University of Louisville shared a few adorable pictures of his baby girl on his social media handles.

What is Muhammad Ali’s son Asaad Amin up to these days?

According to his social media profiles, Asaad is now a multimedia content producer for the University of Louisville Athletics. He previously worked as an assistant baseball coach and recruiting coordinator for a local college also.

Asaad Amin was Devastated after his Father’s Death

Amin’s legendary boxer father, Muhammad Ali died from septic shock on June 3, 2016. He was 74 at the time of his death. Ali was suffering from Parkinson’s disease for a long time before his demise.

As a matter of fact, there times’ Heavy Weight Champion was hospitalized one day before for a respiratory problem. Even though it was deemed less severe, his condition deteriorated and died of septic shock the next day.

The same day Ali passed away, Asaad paid an emotional tribute to his late father with a lengthy Instagram caption,

Asaad has since shared a number of photos of his late dad on Instagram. In addition, Amin’s bonding with his adoptive mother Lonnie is also great. Back in May 2017, on the occasion of Mother’s Day, Ali posted a throwback photo along with his mom.

“Happy Mother’s Day to this Gem of a woman right here!,” Amin captioned the post.

Has Inked a Tattoo of His Father’s Name

Asaad was quite close to his late father. He has even gotten a tattoo on his arm, highly dedicated to his late dad. It features the name of his father “ALI,” the dates of his dad’s three heavyweight championships as well as gloves.

Asaad Amin has earned good fortune from his various works. His fortune is $1 million. On the other hand, his late boxer father Ali had a $50 million of net worth at the time of his death.

Other Quick Facts of Asaad Amin