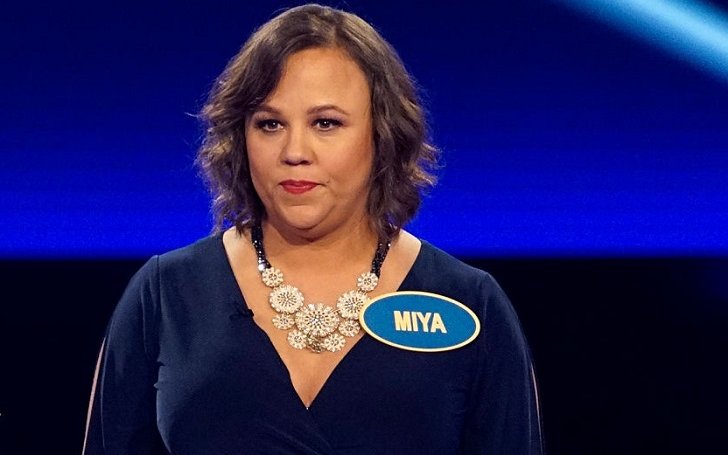 Miya Ali is one of nine children of the late iconic boxer and the most inspiring personality, Muhammad Ali. In addition, Miya, a Notary Signing Agent is a single mother of one child. But, the information regarding the biological father of her child remains highly secret.

Besides all, Mia has seven half-siblings from her late father’s site and one adoptive brother. Even after his demise, the legendary boxer is still a matter of talk, but many people are yet to know who Miya Ali’s mother is.

Well, in this article, we will try to find a lot about her family background and professional successes. Let’s begin!

How old is Miya Ali? Her Father’s Extramarital Affair With Her Mother

Miya is 49-year-old. She was born back in December 1972, in the United States of America. Her father was still married to his second wife and actress Belinda Boyd when the boxer was involved in an extramarital affair with her mother, Patricia Harvell in the early 1970s. However, shortly after Mia’s birth, Ali and Harvell went their separate ways. They were never married.

Her mother has kept her life out of the media since her split with Ali which makes it difficult to talk about her current status. However, we have come to know that Miya is quite close to her mother. She has shared a few throwback photos of her mom on her social media. Back in Feb 2017, Ali posted a childhood picture with her mommy and captioned it as: “TBT me and my mommy aka Pat”

Growing up as the daughter of Muhammad Ali, Miya had no idea how popular her dad was. Speaking at the Marchon Film Fest, Miya opened up that she never realized how quintessential personality her dad was. But, years after, when Ali served as a titular bearer of the Olympics flag at the opening ceremony of the 2012 Summer Olympics in London, Miya got to experience her dad’s fame.

The famed boxer and philanthropist Muhammad Ali passed away back in June 2016, at the age of 74. He was hospitalized in Phoneix for respiratory issues related to Parkinson’s disease. On 3rd June, the world lost the iconic sports personality who had won three heavyweight titles in his distinguished boxing career.

During her conversation in Marchon FilmFest, Miya talked about her late father, especially his love for people who are in need. There she said,

“He’s a giver. He loves people. He loves children. He’s an ambassador for peace for the United Nations.”

In the meantime, Ali also mentioned that one of her favorite sayings of her father is,

“What you do on this Earth is the rent you get to pay to get into heaven.”

Like her father, Miya has also involved in social work who love to help homeless people and supports several humanitarian works.

Ali has six half-sisters and one half-brother from her father’s multiple romantic affairs. His dad first married a cocktail waitress Sonji Roi in 1964. But, their relationship dissolved two years after their marriage in 1966.

A year after their separation, Ali went on to marry his second wife, Belinda Boyd. From the union, Miya’s four older half-siblings were born, a rapper Maryum (b 1968), twins Jamillah and Rasheda (b 1970), and Muhammad Ali Jr., born in 1972.

Her one more half-sister, Khaliah, born in 1974 came from her father’s extramarital relationship with Aaisha Ali. Ali for the third time married actress and model Veronica Porché. The two also have two daughters Hana and Laila Ali, born in December 1977. All the Ali siblings are quite close to each other.

Back in November 2016, Miya shared a throwback photo of the whole family, where the legendary boxer can be seen in between his kids.

In addition, Miya also has an adoptive brother Asaad Amin, born on 12th March 1986. He was adopted at five months by Ali and his fourth wife Lonnie.

Miya went to Teaneck High School and then enrolled at Fairleigh Dickinson University-Metropolitan Campus. Following her graduation, Ali went on to study at Andrews University, in Berrien Springs, Michigan. Furthermore, she also took a Holistic Health Coach training at the Institute for Integrative Nutrition for a year from 2018 to 19.

Muhammad Ali’s daughter landed her first managerial job at IDT Corporation in 1999. She spent around four years working as a manager of corporate affairs at the company. She then started working at The Estate at Florentine Gardens. There, Ali worked as a catering sales manager for around a couple of years (2004-06).

Moreover, Miya became the account manager at Master food Brokers. She joined Park Ridge Marriott, in New Jersey as a sales manager in 2008. She worked for a year before landing the same role at Room Mate Grace Hotel, in New York City.

Additionally, Miya’s other managerial roles include a corporate group sales manager at the ink48-A Kimpton Hotel, a manager at World Venture marketing Inc, and a senior sales manager at Isla Beach Resort and Ocean’s Edge.

In addition to that, Ali has also played several roles like an account director at W Hotels – Times Square and the director of group sales at Hersha Hospitality Management. She is now a Brand Ambassador at her sister Laila Ali’s Lifestyle. She is also a food coach.

Miya Ali is the mother of one child: Who is the baby’s father?

Ali has a son named Mikey (aka Michael). While Miya has shared a number of photos of her child on her social media handles, she has yet to talk anything about Miky’s biological father.

Besides, Miya is also a proud grandmother of Mikey’s son, Cassius, born in Jan 2018. Her Instagram is filled with adorable photos of her son and grandson.

Talking about her love life, Miya is not in any kind of relationship, neither does have a partner at present.

Her net worth is $1 million. Her multiple roles range from manager to director plays a major role to make such a considerable fortune. Besides, her father Ali had a $50 million net worth at the time of his death.