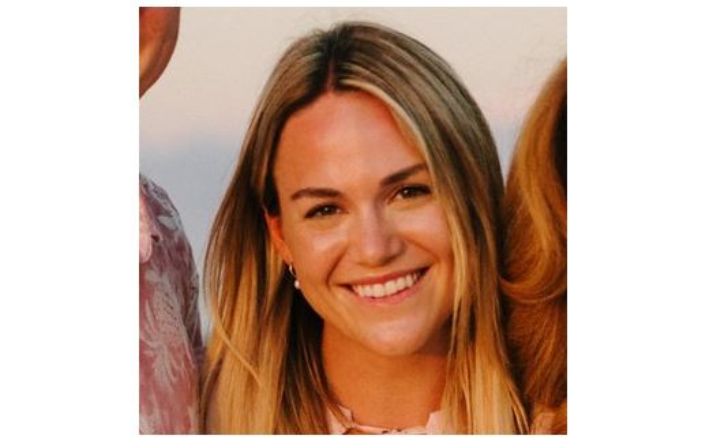 Casey Beane is the daughter of the Oakland Athletics’ current front office executive, Billy Beane, and his former wife, Cathy Sturdivant. Casey famously got her character in one of the critically acclaimed Hollywood movies in 2011; the film retold her then GM father’s cost-effective approach to valuing and recruiting players.

Billy’s daughter, Casey also has an important storyline in the screen adaptation as well as in the real life of her father. Apparently to some extent, it’s because of her that the Orlando-born former outfielder is still a member of the Oakland Athletics, even three decades after his first arrival.

Know how Casey factored into one of the reasons behind Billy’s long stay at the A’s. Also, read how her life has been since becoming the subject of a movie; if she is as famous as her father, is she married, has a boyfriend, and more.

Casey Beane was born in the early ’90s in the month of May presumably in California. Her paternal grandfather was a commander in the Navy.

From her father’s marriage to his current partner, Tara Beane, Casey is a half-sibling to Tinsley Beane and Brayden Beane. It was around her birth that Billy decided to step into advance scouting.

Casey Beane Parents, Billy, And Cathy Had Been Together Since Their Childhood

Casey Beane’s mother, Sturdivant, who was born in 1970, was a three-time tennis All-American at the University of California-San Diego.

Billy and his former wife, Cathy Sturdivant had her when the former was in the early stages of his professional baseball career.

Billy Bean Rejected To Leave California For His Daughter, Casey

In the fall of 2002, Billy turned down a chance to jump from Oakland to Boston because he couldn’t stand the thought of moving away from his daughter, whose mother at the time lived in San Diego, California.

Billy refused several offers from other teams mostly to avoid leaving California so that he could always be near his daughter, Casey. In fact, he once turned down 12 million dollars from the Boston Red Sox to stay close to her.

Eventually, when Casey Beane was in her 20s, going full steam ahead for an independent life, Beane no longer had geographic limitations on his career.

Who Portrayed Casey Beane In Moneyball

It was actress Kerris Dorsey from the films like Walk The Line, Just Like Heaven who played the role of Casey in the 2011 sports drama film, Moneyball.

The film takes place when she was an early teenager. The irony though is Casey was already a senior at Kenyon College when the movie met its release date.

Did Casey Really Sing The Song In The Film, Moneyball?

Among the several scenes between the actress that played Casey and Brad Pitt as Billy in the movie Moneyball, two clips include where the on-screen, Casey sings for her on-screen father.

In the final scene, Pitt portraying the then Oakland Athletic’s general manager, plays his daughter, Casey’s songs while driving. The scene relates to an earlier episode in the film where she sang the song for him in a guitar store. The piece’s name is The Show by Australian singer Lenka.

Since then, there have been many who believe the real Casey Beane was behind the voice. The one who actually provided the voice for the rendition, however, was the actress, Kerris Dorsey, herself.

Dorsey was 13 during the film’s production.

One Other Fact From Her Character In Moneyball

Turns out her hairstyle from the movie is from the time when she was in the third grade.

“Dad, I just watched the trailer. That’s my haircut from third grade,”

Casey said to her father one day over the summer, after watching the film’s first look.

What Is Casey Beane Profession?

She joined the company in Sep 2019. Before Balyasny, Billy’s daughter with Cathy used to work at Citadel, Illinois, overseeing investor relationships.

Sometime during her college, she also worked in health care in Washington DC. As of recent, Casey reportedly lives in Greater Chicago Area.

While not defined or even mentioned, Billy and Cathy’s daughter, Casey seems to have a partner if not in a marital relationship. The statement though is in light of her seemingly inactive Facebook, where she has a couple of pictures of her and a man named, Jake Quaid.

What’s debatable though is the actual stance of Beane and Quaid’s relationship. Even though each of the pictures does insinuate they must have had something serious going behind them, neither of them ever revealed whether they were in a romantic union.

What adds to the ambiguity is Casey, in recent times, isn’t that on the go with her social media handles. Making the matter more concealed are her locked out Instagram, Facebook, Twitter, and other such handles.

How Rich Is Casey Beane’s Father?

With his famous sabermetric principles to field a winning team despite an exceptionally low payroll, Billy became something of a cultural icon for sports analytics.

Although Beane may not have been the highest-paid GM in the history of sports, he certainly is one of the famous names in that spectrum.

Still, there’s more adding to Casey’s father’s over $30 million net worth. Beyond a reported $3 million salary, he is also a minority owner of Oakland’s Athletics, Barnsley FC of the EFL Championship in England, and AZ Alkmaar of the Eredivisie in the Netherlands.

That being said, the former New York Mets player clearly and easily surpasses and goes further than the definition of a wealthy man.

On the other hand, what falls into the domain of extreme blurriness is the issue regarding his daughter, Casey’s net worth. Given her off-the-radar life and a typical job, odds are that she has a long way to go before she accumulates wealth anywhere as close as her father’s.